Hello, it’s Machuko@- the admin.
Today, I will share with you the participants’ works in the photowalk of “GR meet Moji” that I reported on a different page.

The guest photographer Yuji Tozawa, who walked with us, carefully selected 10 works (out of more than 300 submissions. Quite a competition!)

Mr. Tozawa and approximately 50 participants walked in the “Mojiko” area with the GR. Whether you are a participant or not, please enjoy images of Mojiko with its retro atmosphere.


Before showing the works, let me report on how we went on a walk. 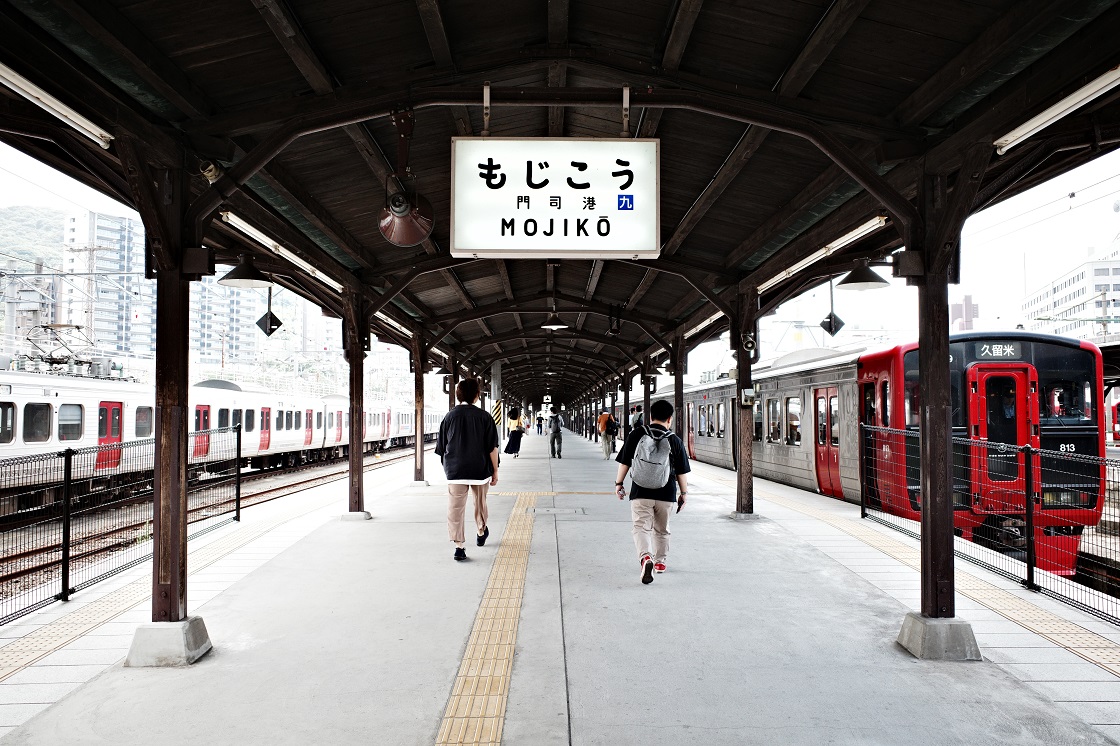 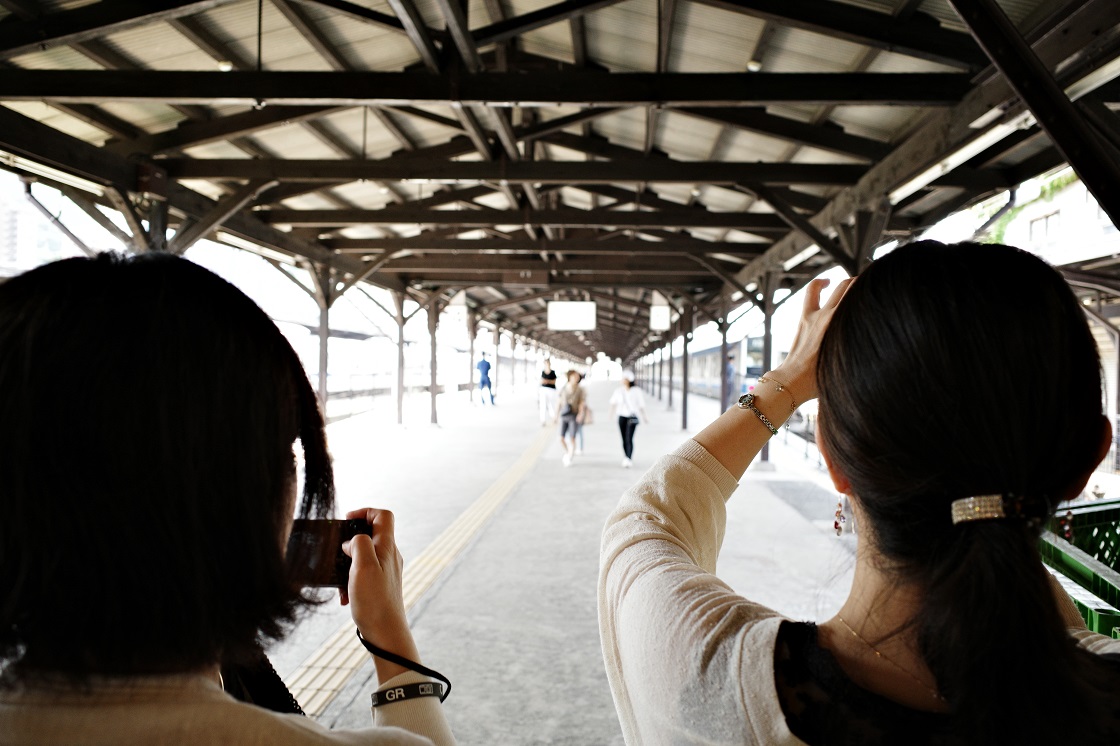 Mojiko Station's platform is a famous photo spot. There certainly has a good atmosphere! 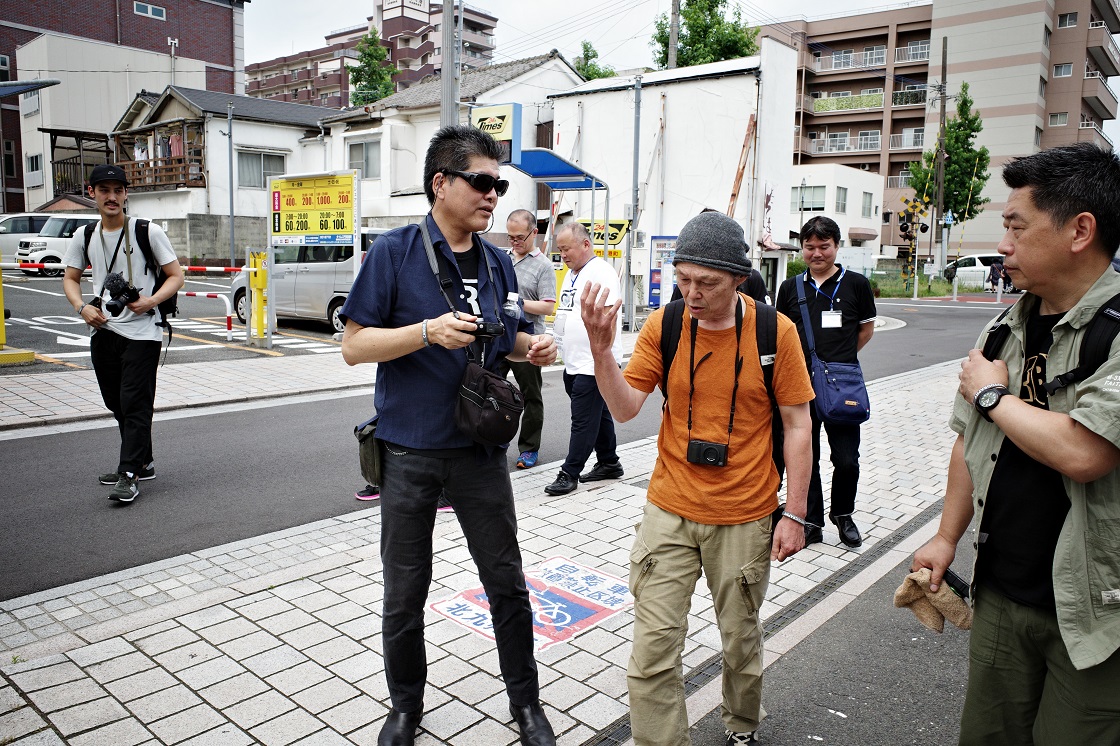 Mr. Tozawa kindly answered many questions from the participants (the gentleman with sunglasses is Mr. Tozawa) 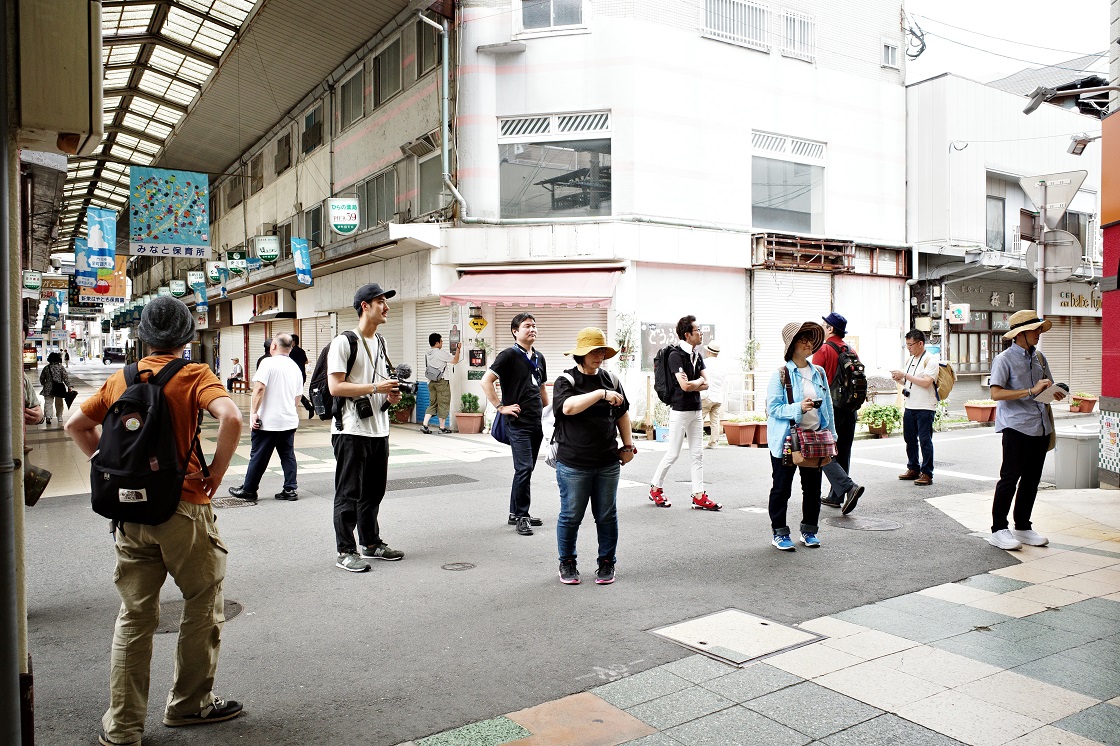 The photowalk took place during the day when it was very hot, but more participants than we had expected enjoyed the walk until the end. It is often the case with fan events that some of them met each other for the first time and took photos of themselves together. 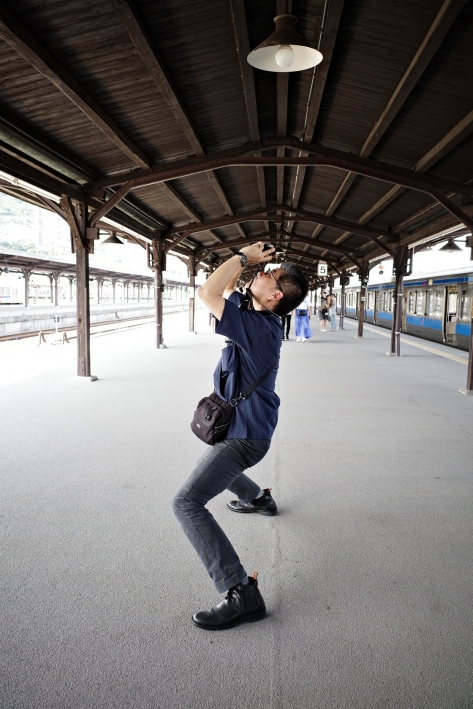 Then, here are the works selected by Yuji Tozawa!

Swallowtail butterfly that seems to have been entangled in something and disappeared. My emotions are shaken by the feeling of tension, whether it is pity or jealousy for splendor.


Mr. Yonezawa, the owner of the newly opened information center “Daitokai Mojiko” located in the central market. A simple and high-quality portrait of a young challenger with a light bulb that symbolizes the atmosphere in the store. The distance proves that the photographer has communicated with him.
(1st picture on the left)

The reflections of some photographers including himself looking here and there, a bulb light, the complementing blue color building, and the time have been framed and confined into the red colored frame. The photo made a time capsule.
(Bottom left, 3rd)


A girl running with a light smile on her face. She may turn into a butterfly floating in the sky. I can see a moment with a refreshing wind in the snapshot.
(Upper left, first picture)

A majestic cat with a strong look. Maybe the photographer disturbed the nap. But aren’t you seduced to the sexy pose to the tail (laughs)? It's good that the photographer bent the knees to the cat’s eye level, but is it too good?

Is it a sign of a French-style cafe? The greatly blurred background and the exaggerated perspective make a great impact. For some reason, it makes me want to look at the picture of two dancers over and over again.

Actually, it is a combination of vertical position and horizontal images, but they look superb together on Twitter. The center of the lens is well faced to the subjects. Excellent close-ups.

The photographer chased this rickshaw for a long time and took different pictures including a distant shot with some blurred flowers in the foreground. Among them, I was impressed with this one, which focused on the backs of the two customers from behind. I thought it was a good viewpoint because the rickshaw looked like a heart .
(Third piece)


This weird look, which may have been shot with one flashlight, and the amber tone make it look nostalgic. Looks like a movie set.


Lucky that the woman with an umbrella in the central market was in the right place as if she had been prepared! The contrast between the dark passage with closed shutters and the woman in the shining light is beautiful.

Mr. Tozawa, thank you for taking your time to select and comment!

“It’s good to be able to shoot in a town like this.”
"I'm glad that this kind of event was held in local Kyushu."
“I learned a lot from seeing Mr. Tozawa photograph. He closely approached the subjects.”
"It's been fun because I don't have a chance to shoot with other GR users."
“I've been to Mojiko many times, but I enjoyed finding new things.”


We were worried because it was extremely hot, but are glad to know that they enjoyed themselves!

Lots of thanks to the participants in the photowalk!


Finally, let me share with you Mr. Tozawa's “Mojiko” works and comments!


It was sunny and hard to believe it had been raining until the previous day! On this day of Tanabata, the group of nice men and women who wished Hikoboshi and Orihime could meet had brought the sunshine. We had a great time walking and taking pictures together with a lot of smiles in such a wonderful location as Mojiko.

They were all real GR users. They didn’t depend on techniques that much and took photos of things they had found themselves out of honest feelings. I saw them talk to the local people as well.

In the afternoon, I enjoyed Nao Tsuda's talk on his trip to the fantastic “Summer Solstice Light” and Shinya Fujiwara’s new perspectives in his work “Paris.” It was such an awesome day.

We are already planning on the next “GR meet.”
Please look forward to it.

You can also apply for “GR trip” any time. If you have a special place where you want to go on a photowalk with a guest GRist, please contact us! (Apply here)