(Translated from the original article on November 8, 2022)

Hello, this is Yuka.

It is a good season to go out and take pictures. We have a lot of events to celebrate, starting with Halloween, Thanksgiving, Christmas, and New Year's.

The last week of October was Halloween week. My children participated in the Halloween dance party and parade at school, and spent the day trick-or-treating the neighborhood in costumes. We also had an event called Ricoh GR + NYC-SPC East Village PhotoWalk on October 22.

This time, following my last article, I'd like to share with you the second collaboration project with the NYC Street Photography Collective (NYC-SPC), as well as how kids spend Halloween in the U.S.

First, I would like to talk about the Ricoh GR + NYC-SPC East Village PhotoWalk that took place on October 22. Once again, this event was made possible by the good people at NYC-SPC with the cooperation of Ricoh Imaging.

For the PhotoWalk, they photographed not only the streets of New York, but also a Halloween event called the Tompkins Square Halloween Dog Festival. I joined them again.

I'm always overwhelmed by the American Halloween fever & doggie fever! Hope this article will help you get in the mood for the Halloween event. 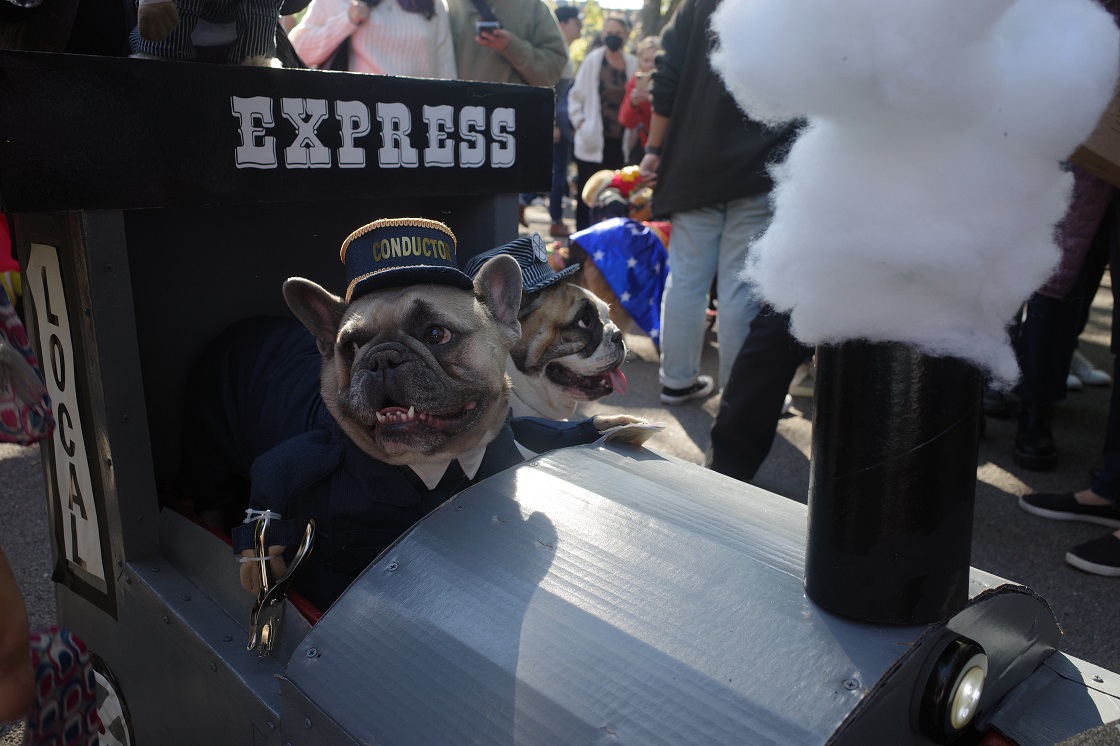 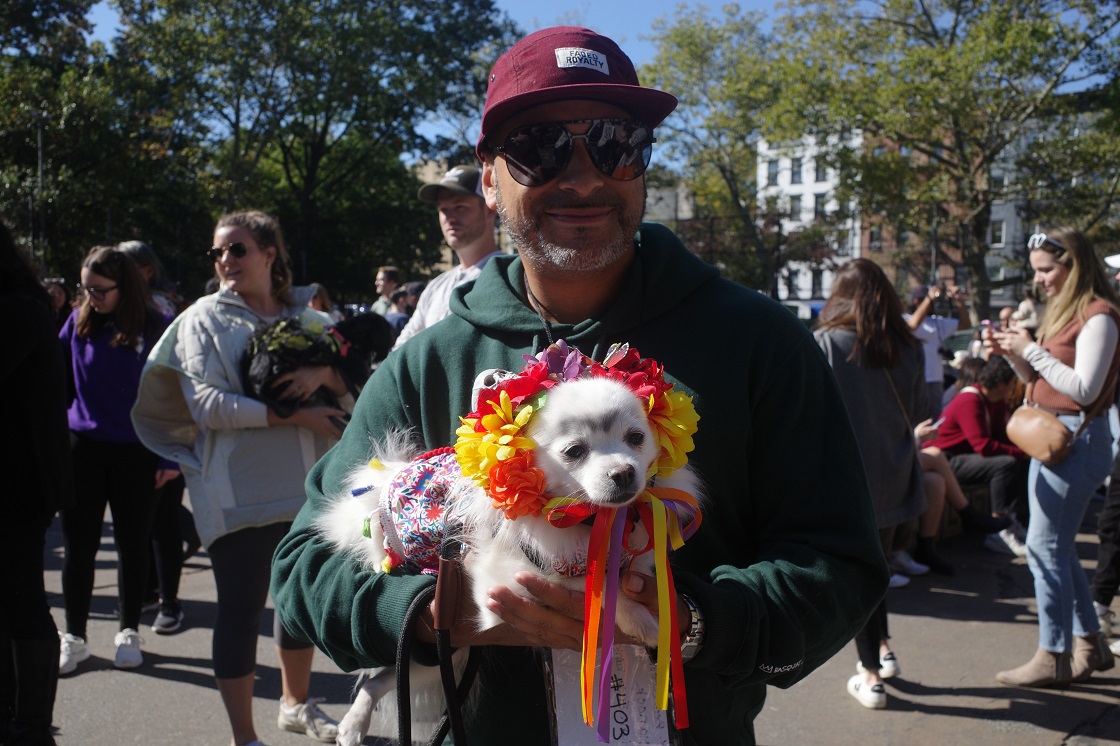 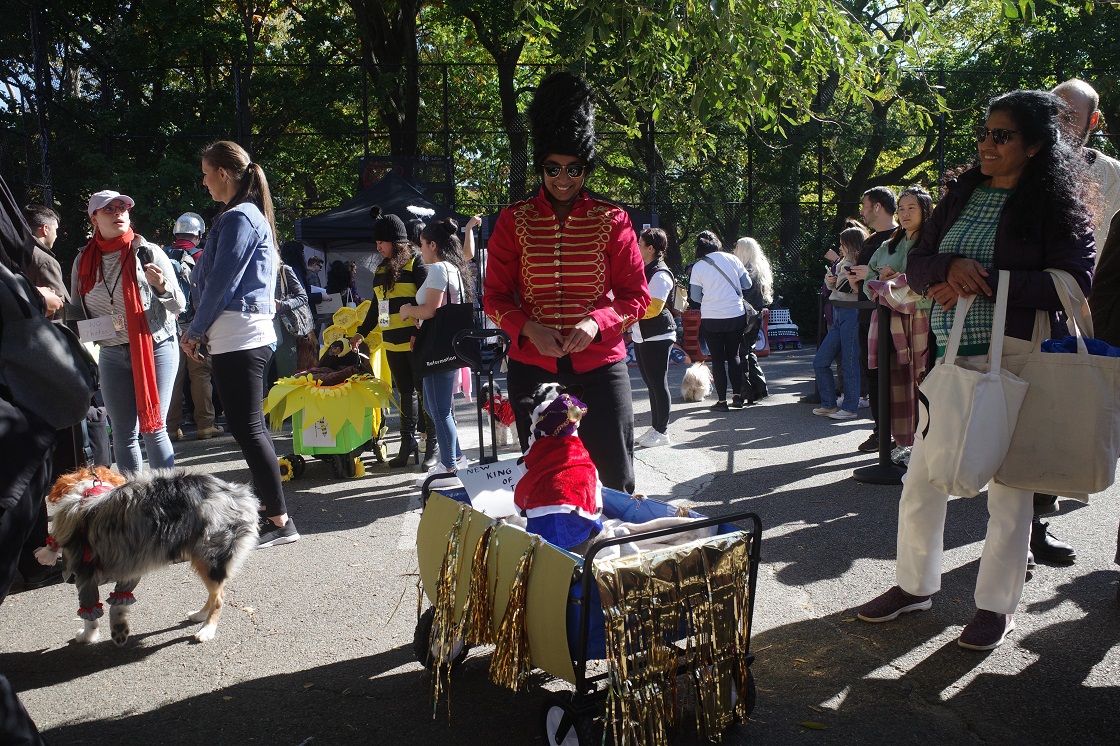 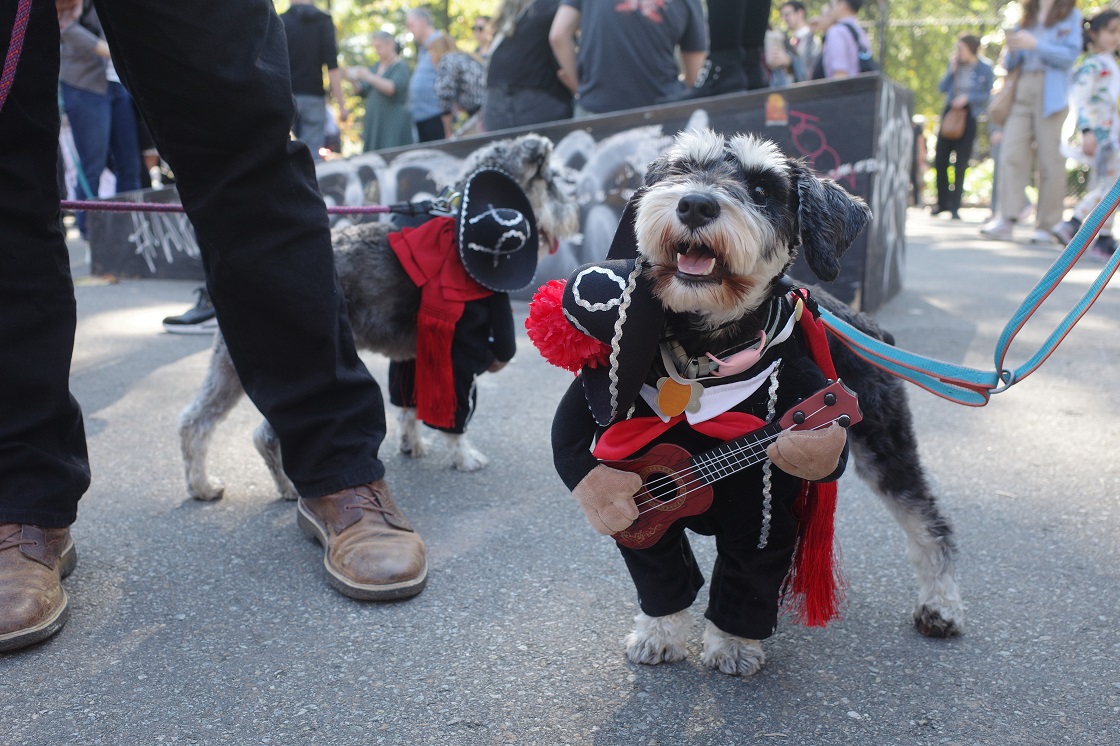 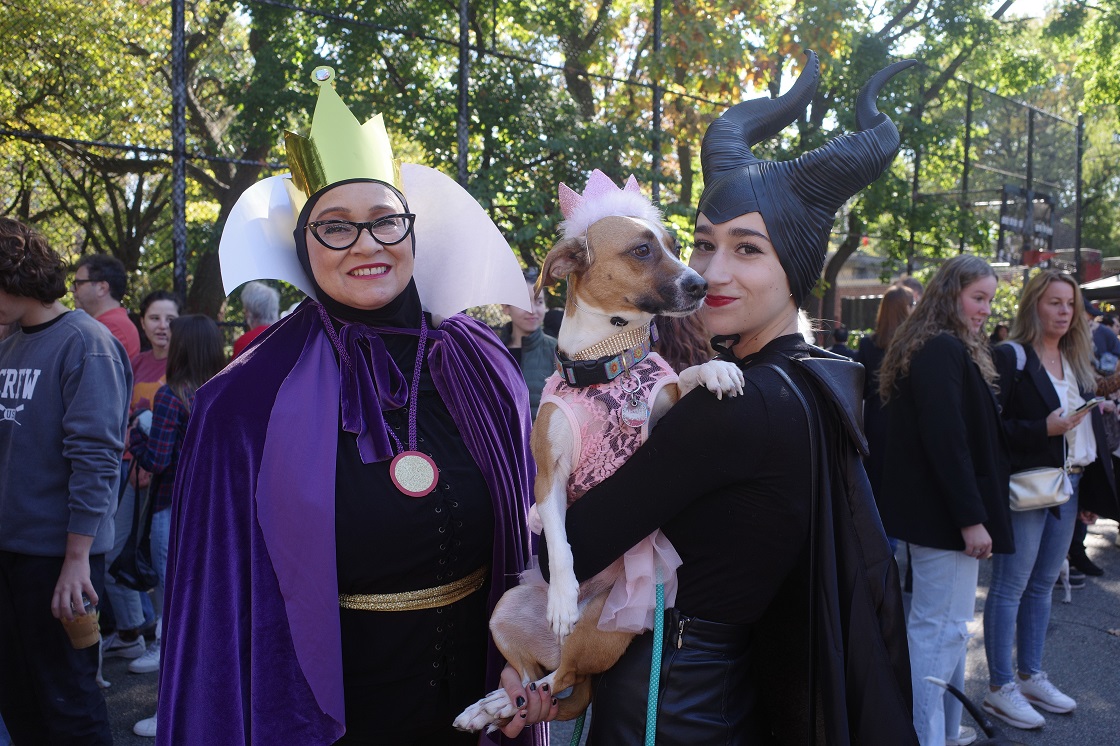 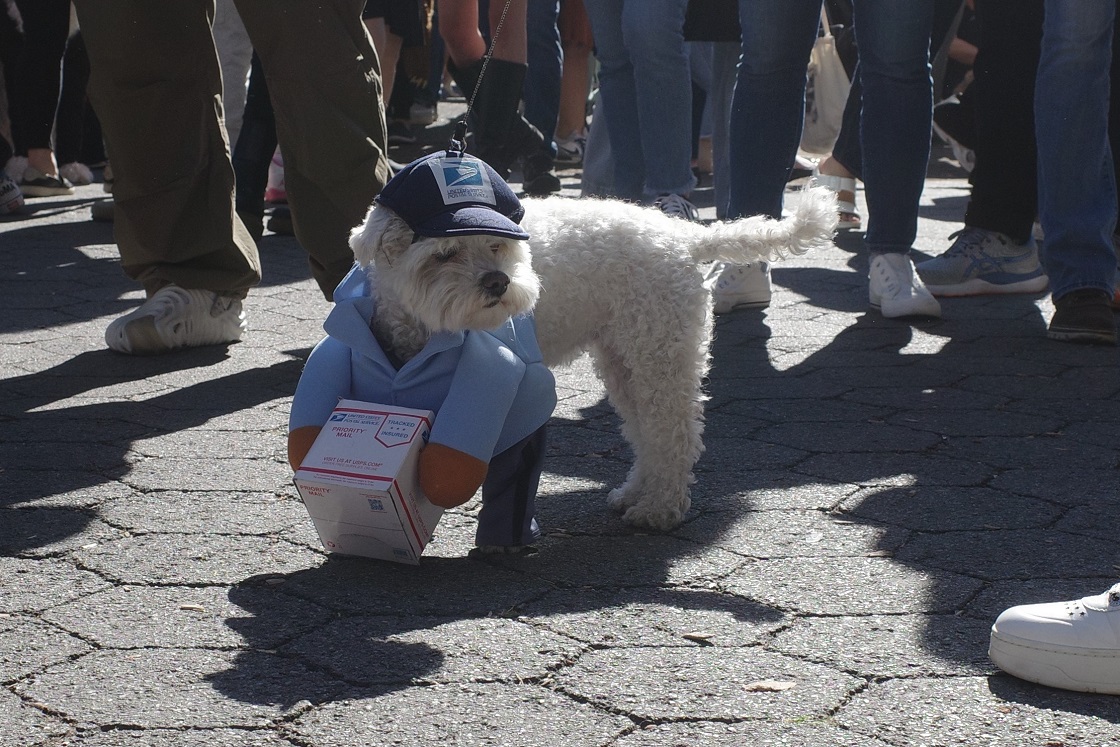 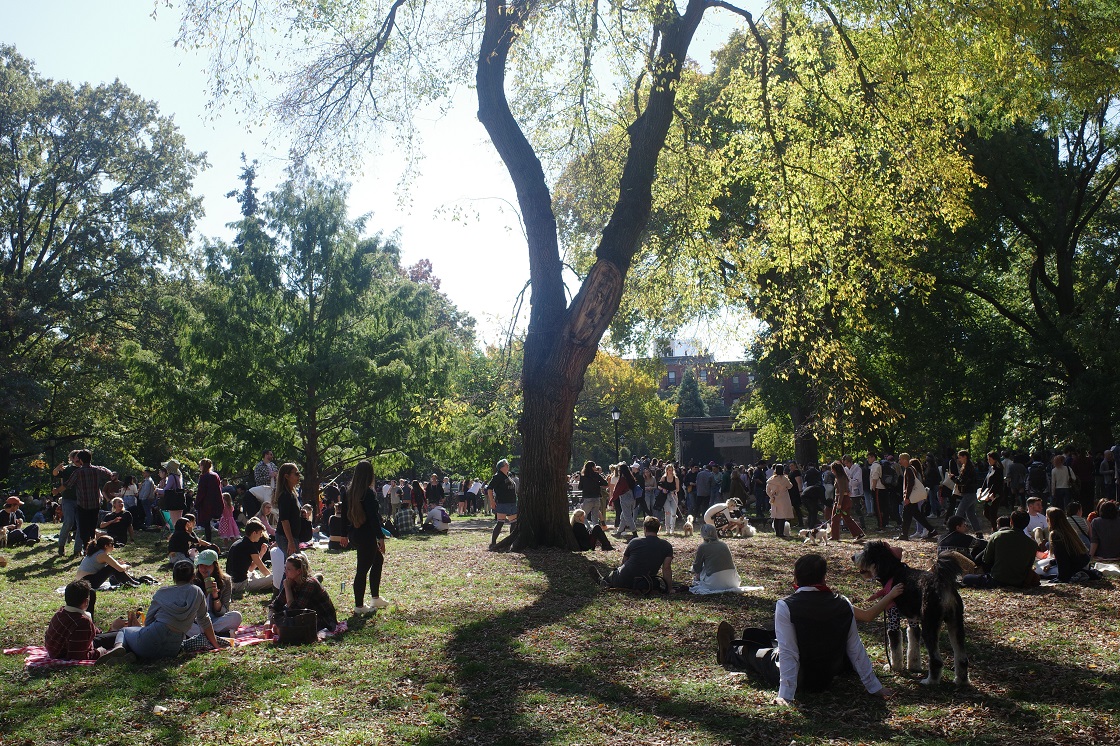 I did not know there was such an adorable doggie Halloween event. It was a fun, very American event, and many people came to take pictures.

I had to get into a low position to take pictures of the dogs from the front. It was difficult to crouch down in the crowd, and many of the photos were taken with my hand holding the GR down and not looking at the display. Also, since dogs move more quickly than children, I had to set the focus mode to Snap Focus and the snapshot distance to 1m in the middle of the shooting. 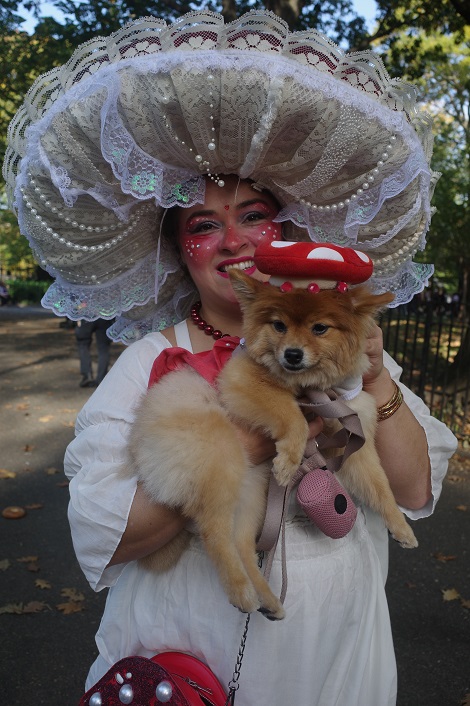 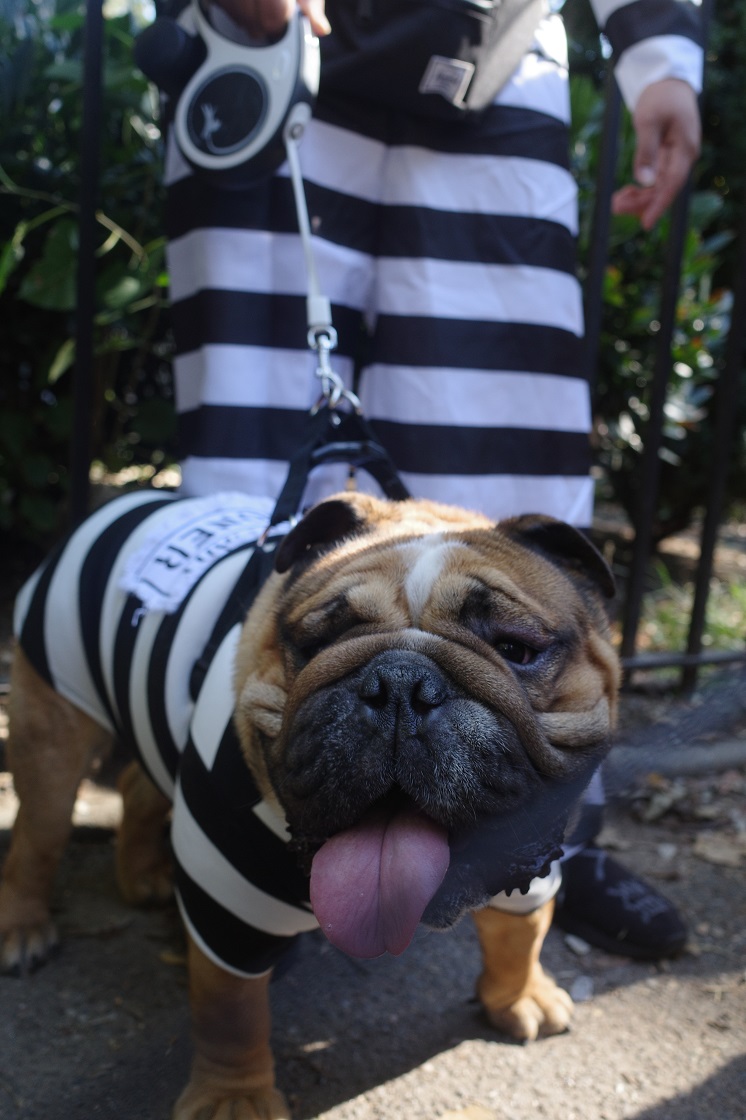 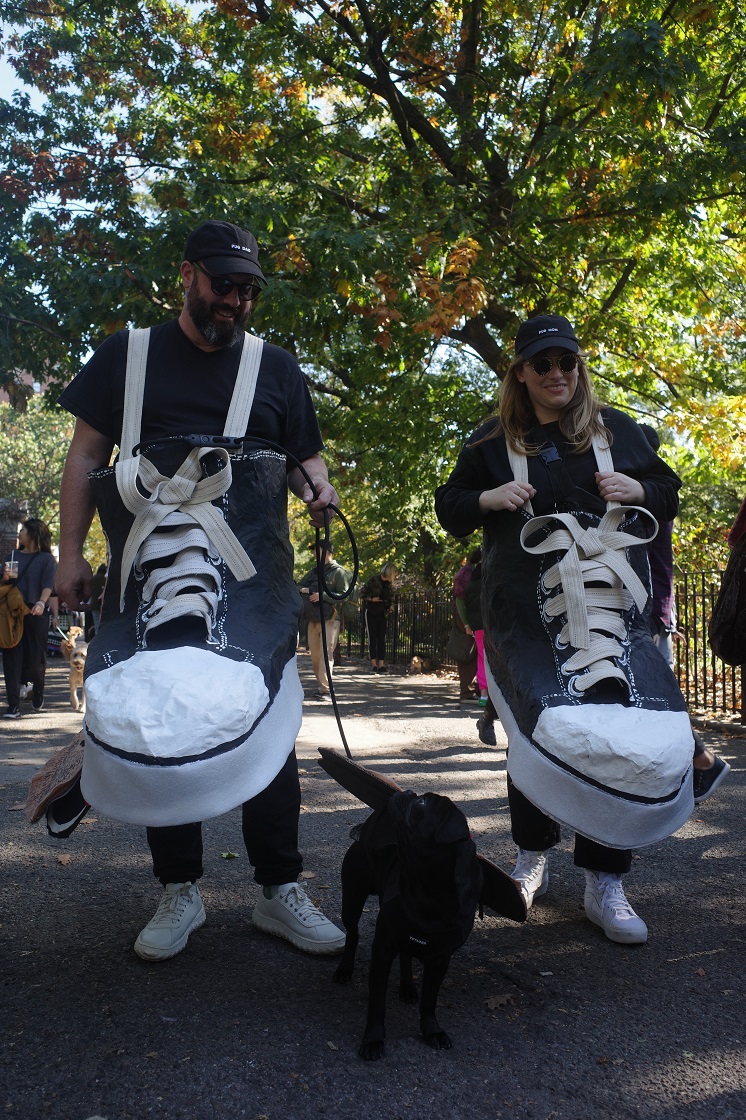 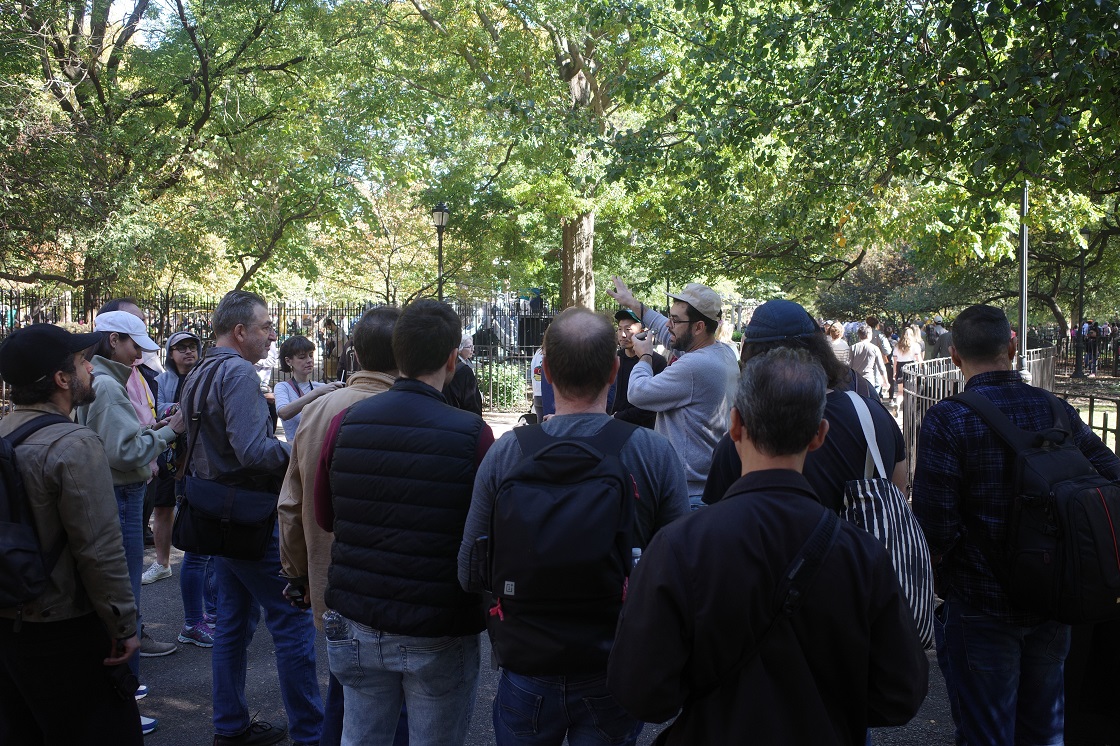 After the photo shoot, they showed each other their photos and exchanged their social media accounts with each other, creating a lively conversation. I was very happy to see new connections being made through GR and photography like this.

This time, some female users participated. In fact, it was the first time I met female GR heavy users in the US. This lady traveled 3 hours all the way from Maryland to attend the event, and we chatted a lot about how she uses her GR, what kind of photos she usually takes, and so on. 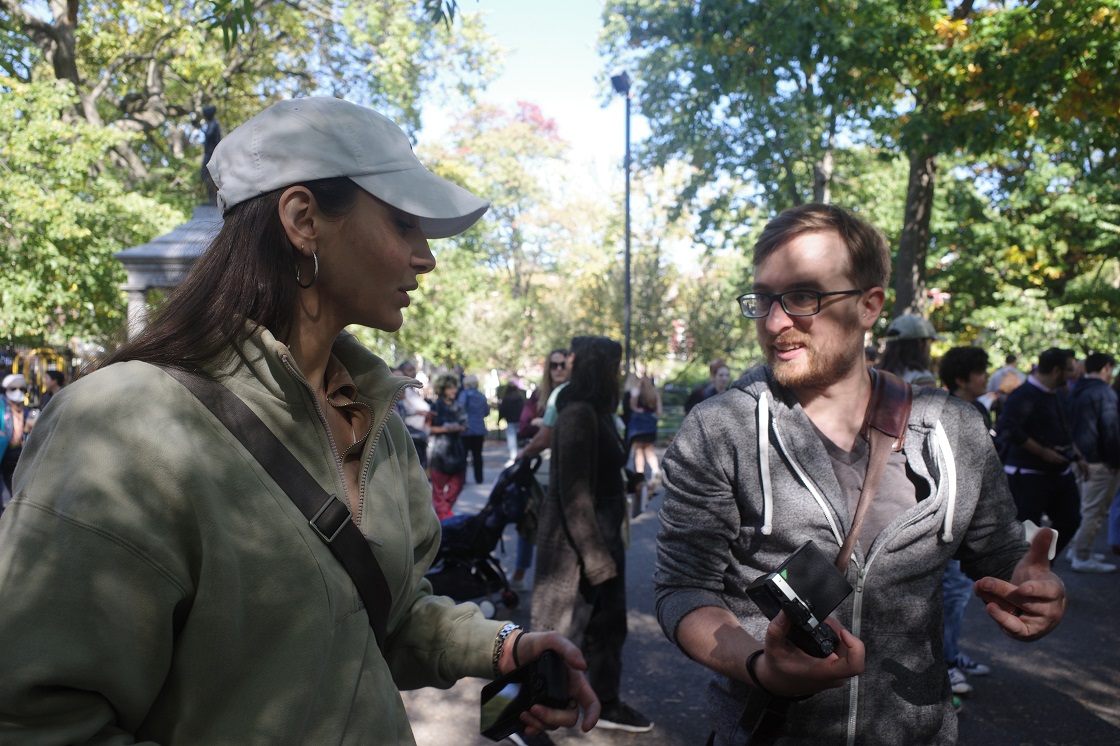 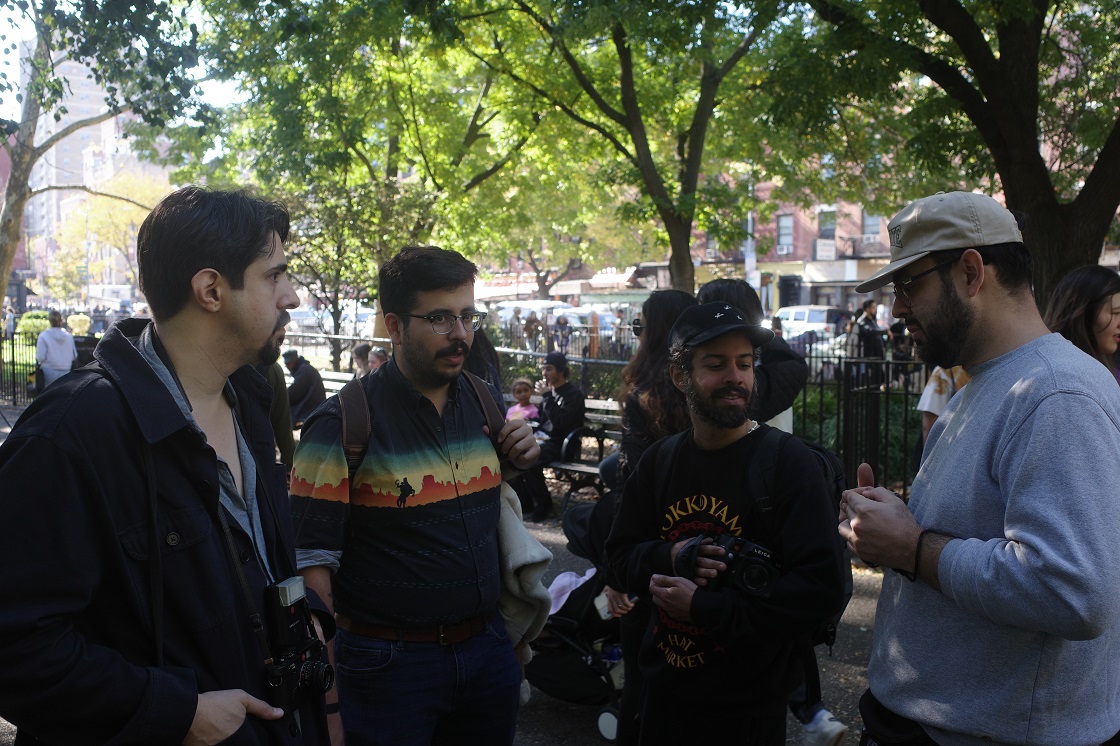 After the Halloween Dog Parade, we walked around the city taking pictures.

East Village is a town that still retains the good old New York streetscape. I would like to spend more time next time I go there. 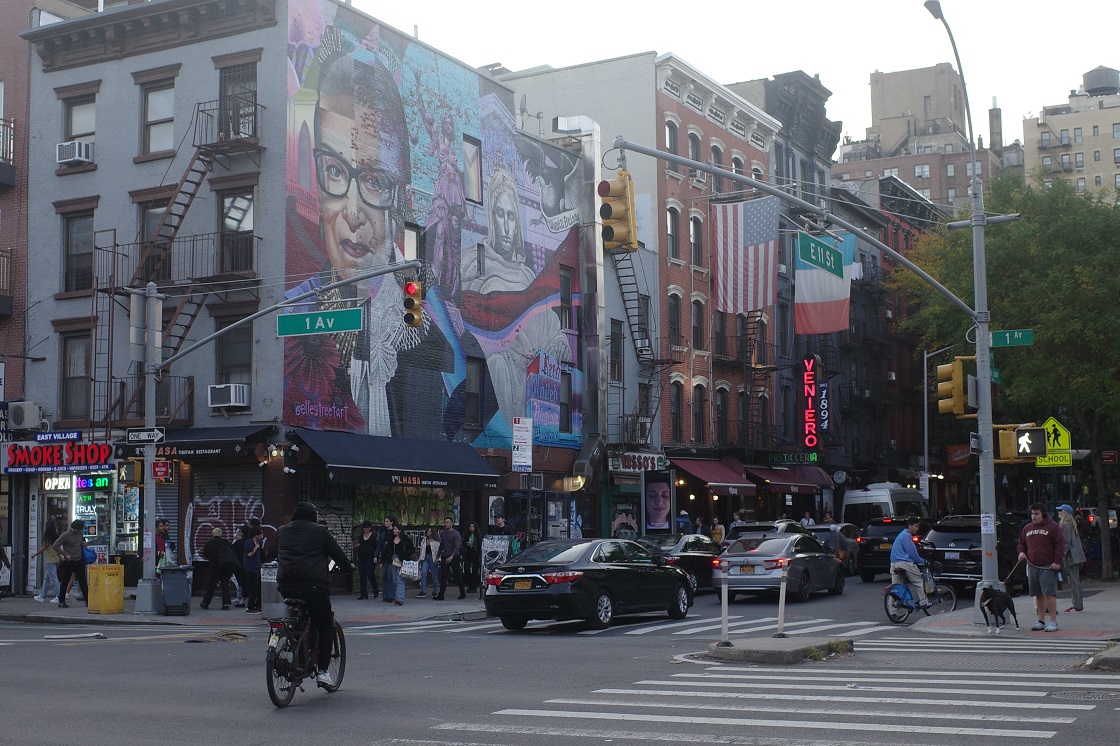 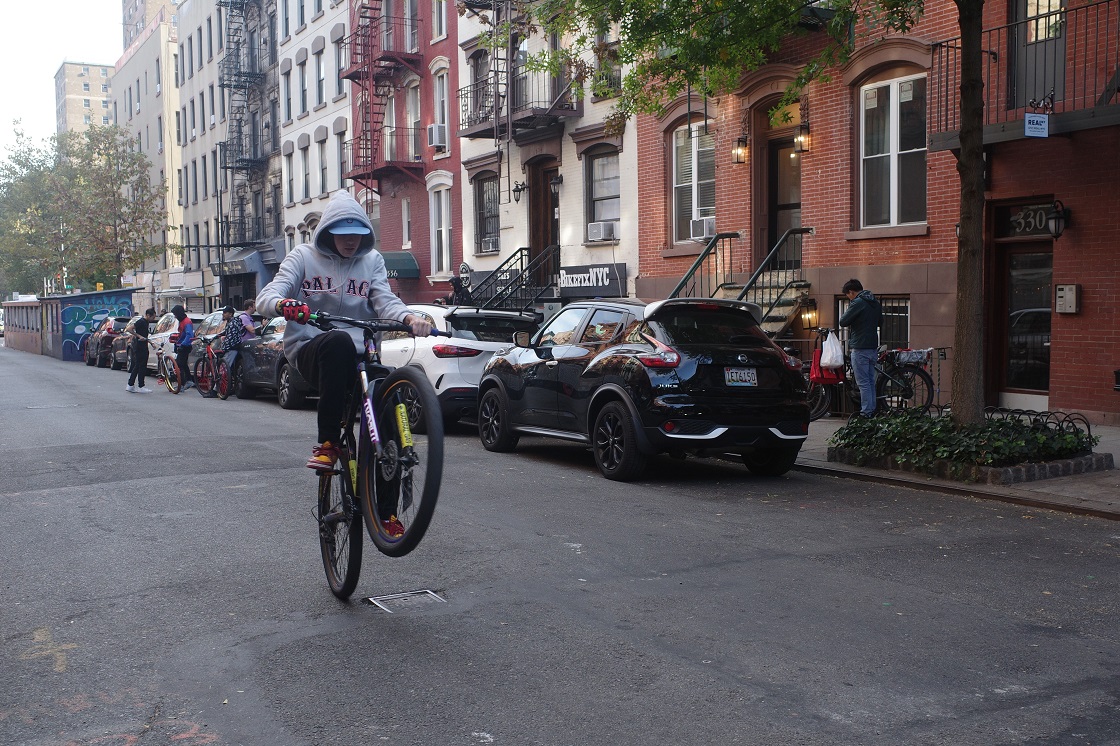 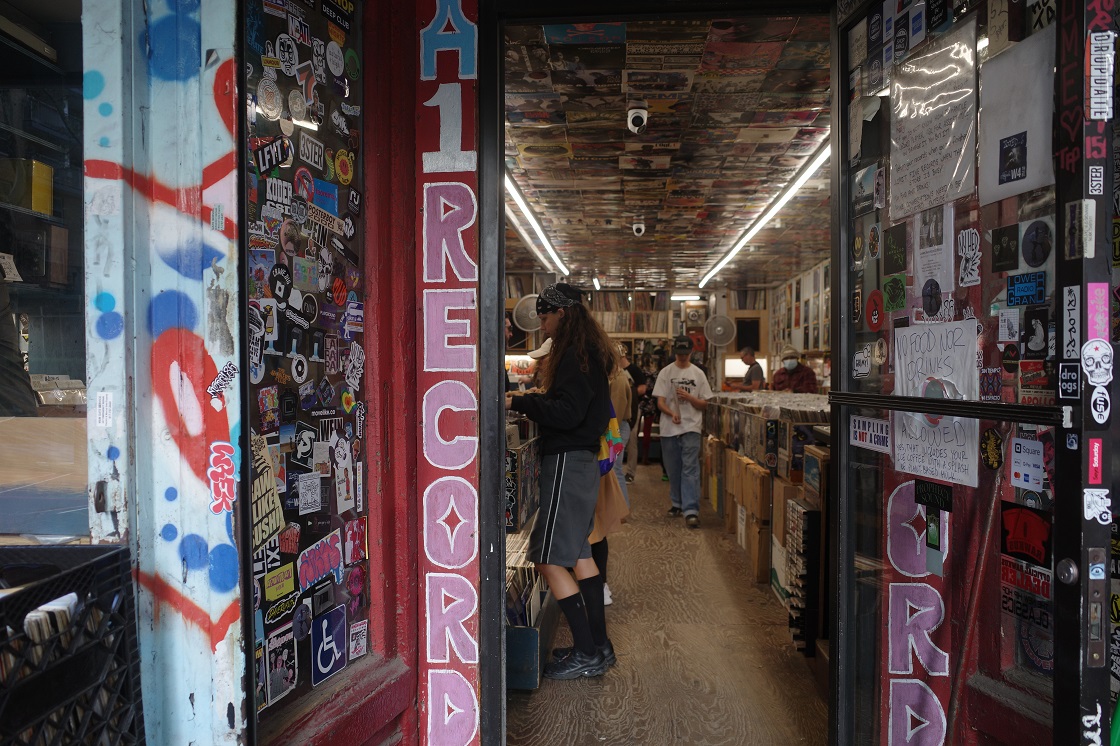 We concluded the event with the participating members at an atmospheric bar. 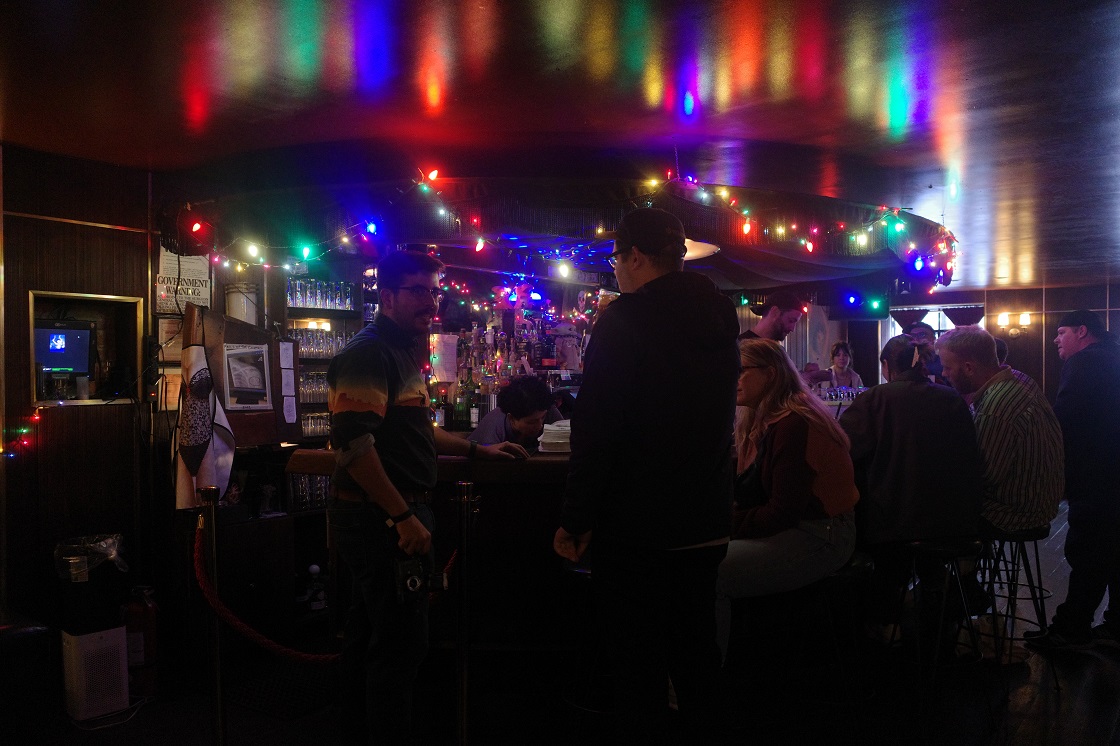 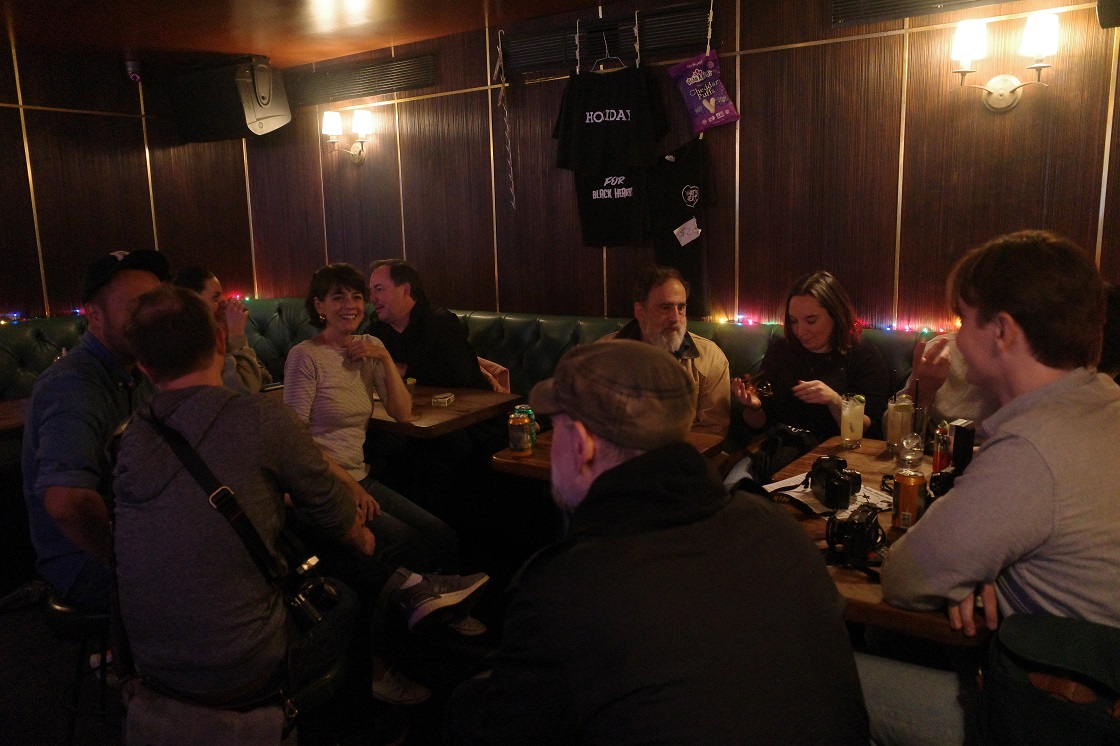 Once again, thank you, NYC-SPC photographers and participants! We look forward to seeing you again in person.

Next, I would like to talk about Halloween week in the U.S..

In the U.S., many farms sell pumpkins of various kinds, called pumpkin patches, for a limited time before Halloween. Many of them offer a cornfield maze called the corn maze, as well as many other attractions for children and to take pictures, making them a fun place to spend the whole day. 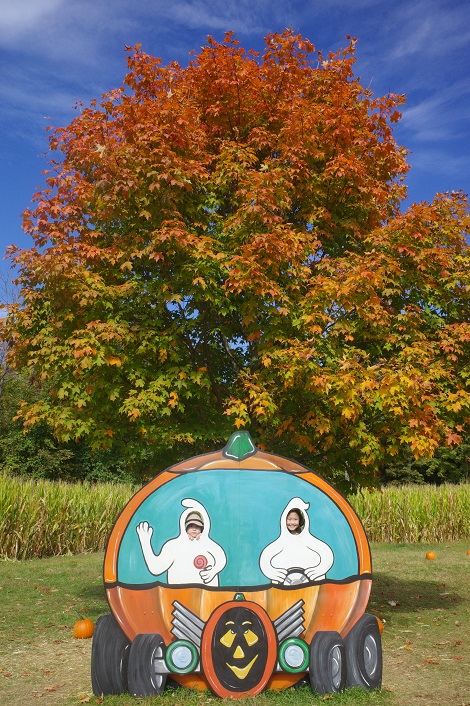 In my family, we made jack-o'-lanterns and decorated the house with pumpkins that we bought at a pumpkin patch.

During Halloween week, my children went to their lessons in costume and had contests there. On the Friday night before Halloween, they went to a Halloween dance party hosted by the PTA.

Going to a decorated school party at night was very exciting for them. Often the make-up was so good that they didn't even recognize their friends when they were spoken to. On the morning of Halloween, they put on their costumes and went to school to participate in the school Halloween parade.

For children, Halloween really begins when they get home from school. They got together and went out with a bucket to walk around the neighborhood saying "Trick or Treat". 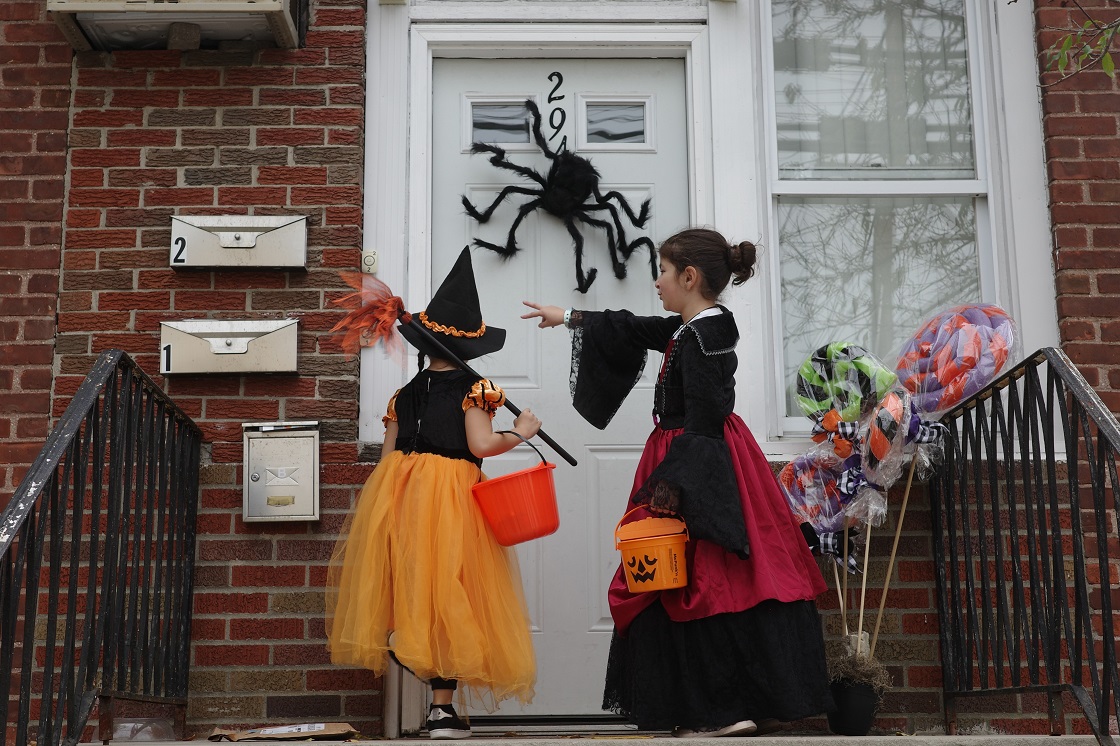 Not only did the policemen show up for safety that day, they also gave kids glow sticks, candy, and more! My second daughter went from one house to the next with her friend, playing with fallen leaves. I took this shot with the GR IIIx as I watched them from a little distance. It was a long week for me, but I'm glad the kids enjoyed it. They have a lot of candy in their boxes and eat it at a fast pace every day.

October is over in the blink of an eye and it's already November. Thanksgiving holiday is coming up next. I' m going to keep on running until the Christmas Holiday!