Hello, this is Inaba. Best wishes for the new year.

As this is the first blog post of 2022, I would like to talk about design for the first time in a while. I have talked about the design of GR III and IIIx in various media, but in fact, there are many secrets that I have not yet covered. Among them, I would like to reveal the secret of the shutter release button design.

*Click on these for my previous articles on design: Grip, and Leather Grain. 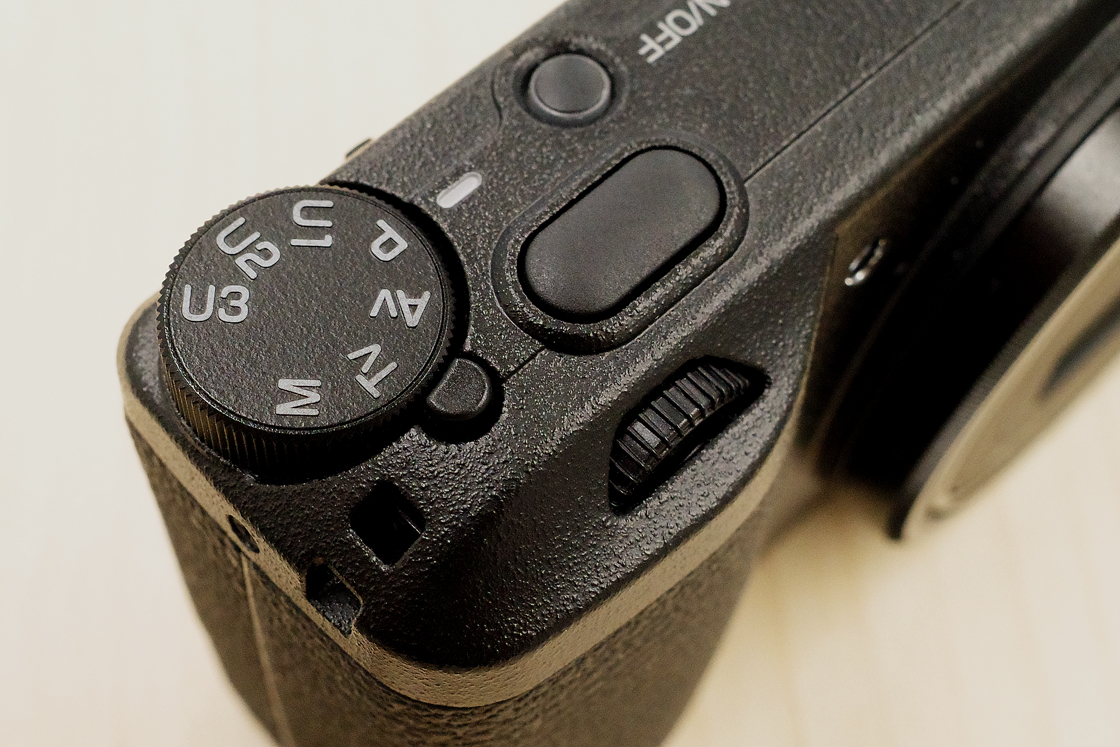 If the button shape were to be circular and the finger contact area the same as that of the oval shape, it would have to be overly large, and if it were placed in a position where it does not protrude from the body, the center of the button would have to be located toward the rear of the body, making it very difficult to press.

Considering the portability of the GR as a snapshooter, we believe that the most appropriate shape of the shutter release button is an oval shape, which does not protrude from the compact body and can be pressed with ease.

That is all about the unchanged shape of the shutter release button throughout the GR series. However, there is a major change in the GR III and IIIx from the previous GR series. 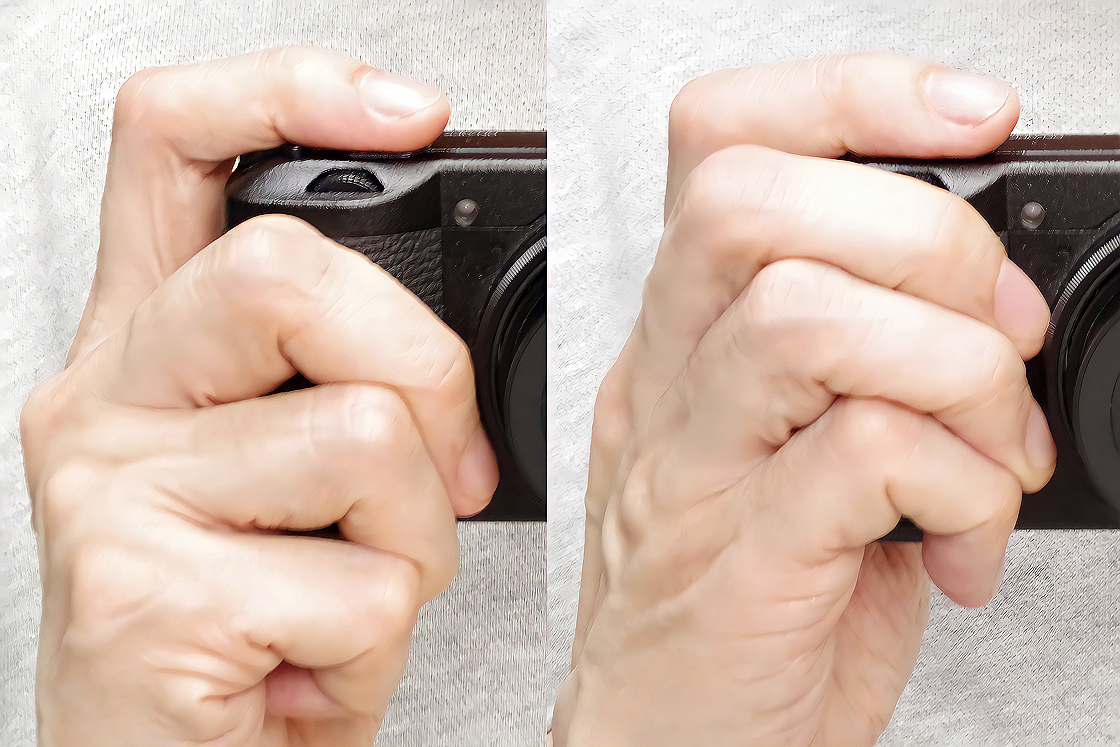 Examples of how to grip the GR

When gripping the GR, there are roughly two ways. One is to bend each finger downward as shown in the left photo above to hook the grip around the middle finger, and the other is to hold the grip between multiple fingers and the thumb on the back as shown in the right photo above. I personally refer to them as "downward" and "eagle grip." Depending on how you hold the camera, the way your index finger actually touches the shutter release button differs ← very important. 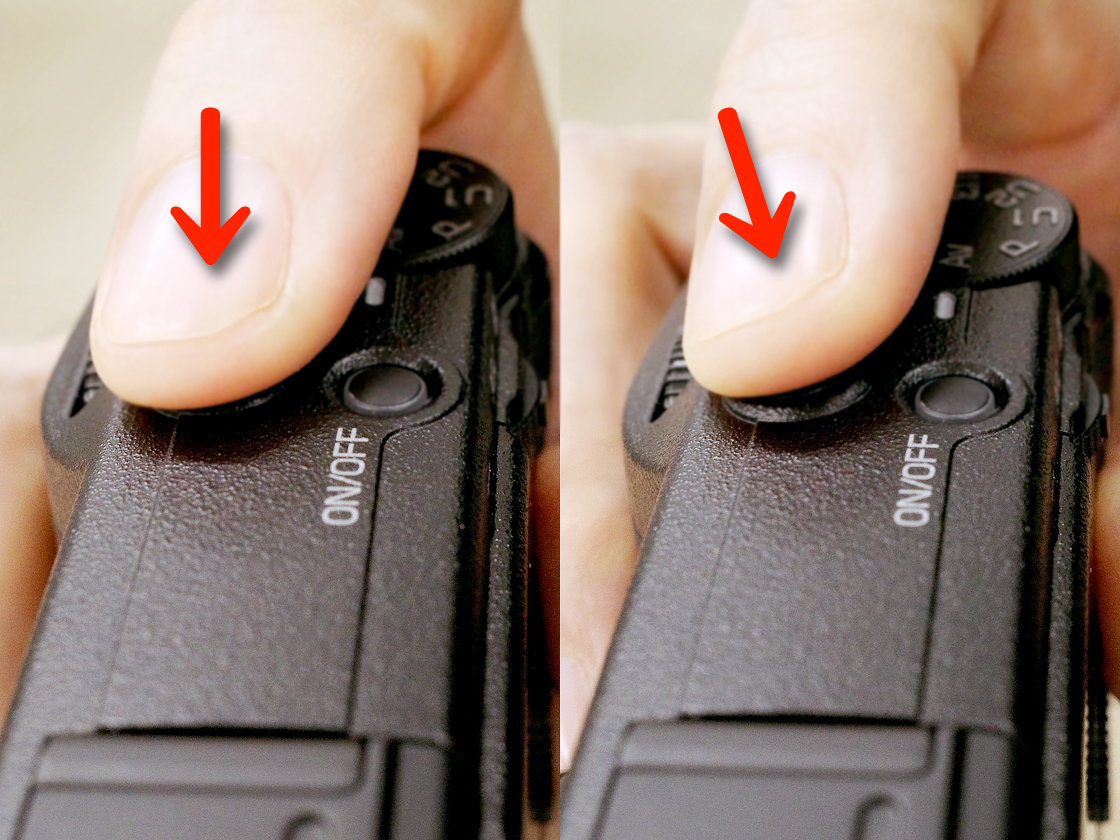 The photos above show the difference in the way the index finger contacts the shutter release button depending on how you grip the camera. Despite individual differences, the index finger tends to tilt more strongly in the case of the "eagle grip".

The shutter buttons of the previous GR series were designed to be pressed from the top. In that case, when you place your index finger in a tilted position, it is more like you are pressing with the side of the finger.

Get the idea? Take a look at the image below.

Shutter release button viewed from the side of the grip

If you own a GR III or IIIx, take a closer look at the tilt of the shutter release button!

At first glance, the design of the GR series may look identical, but details are different in each model. This time, I was a bit geeky, but I wanted to talk about how the body design as a tool for taking pictures is constantly deepened, and how the designers continuously pursue new shapes so that photographers can use this snapshooter camera comfortably .

The way I use my GR III / IIIx is not to have two of them, but to decide which one to take out that day.

It's been a while since we've talked about design, but if you own any of the previous generations of the GR series, you might find something new when you compare their body designs!

There are many secrets about the design that I haven't covered yet. Please look forward to another story.