Hi, I'm ARA.
The design of the GR series has evolved little by little based on the basic form of the first generation. Behind it, there is a lot of commitment by the designers to details. This time, we have the GR III's chief designer Inaba to talk about the surface design of the grip leather.

Well, have you already read the book "RICOH GR III PERFECT GUIDE" released by Impress the other day?
I talked about the design of GR III in an interview, so please take a look if you are interested. . . no, you must read it! There is a sentence in the article that the emboss pattern of the grip leather has been renewed. I would like to talk about it as a spin-off article.

The grips of the GR series- from the 1st GR Digital to GR II- continued to use the same leather emboss pattern selected from the industry standard emboss samples. As for the GR III, we wanted to improve the function and feel of the grip more than ever, so we created a completely original leather emboss pattern. 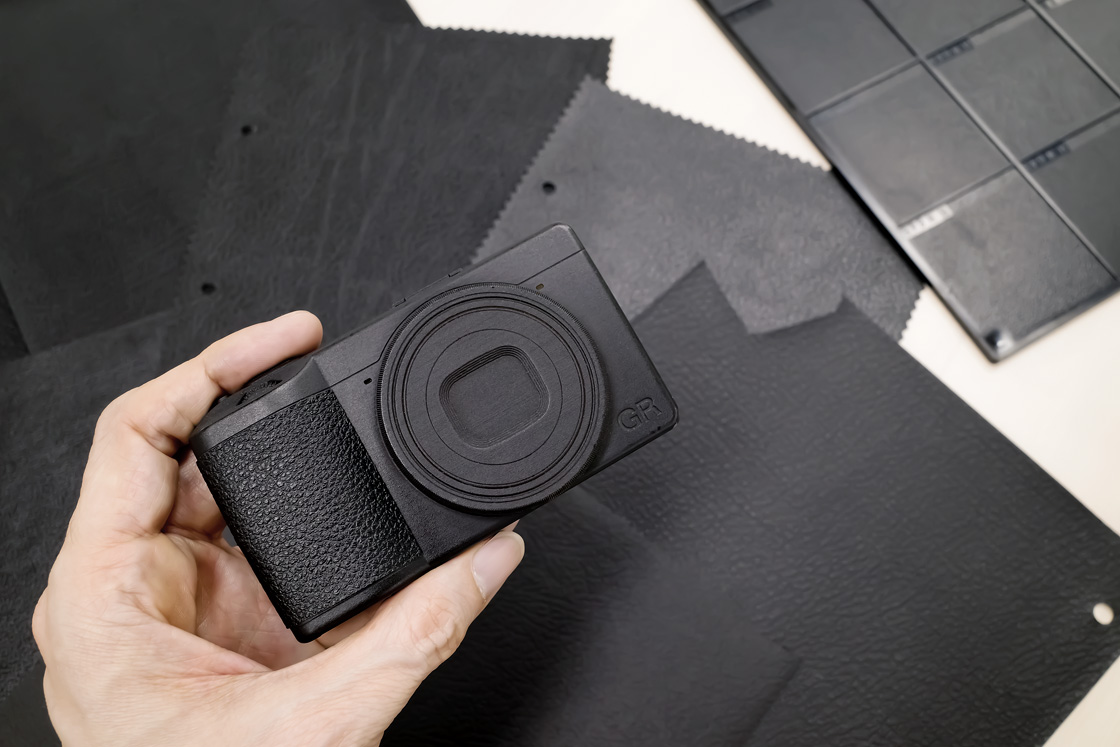 The pattern on the mockup in the photo above is the one we have finally chosen. The reason it looks glossy is because we have held it so many times (the plates on the upper right are the sample patterns we use normally).

First of all, we collected as many leather samples as possible and sorted out patterns that were likely to be used. The selected samples were pasted on a mockup to be actually held and evaluated. They can’t be slippery to begin with. It is more preferable that they are not slippery even when held with a sweating hand. 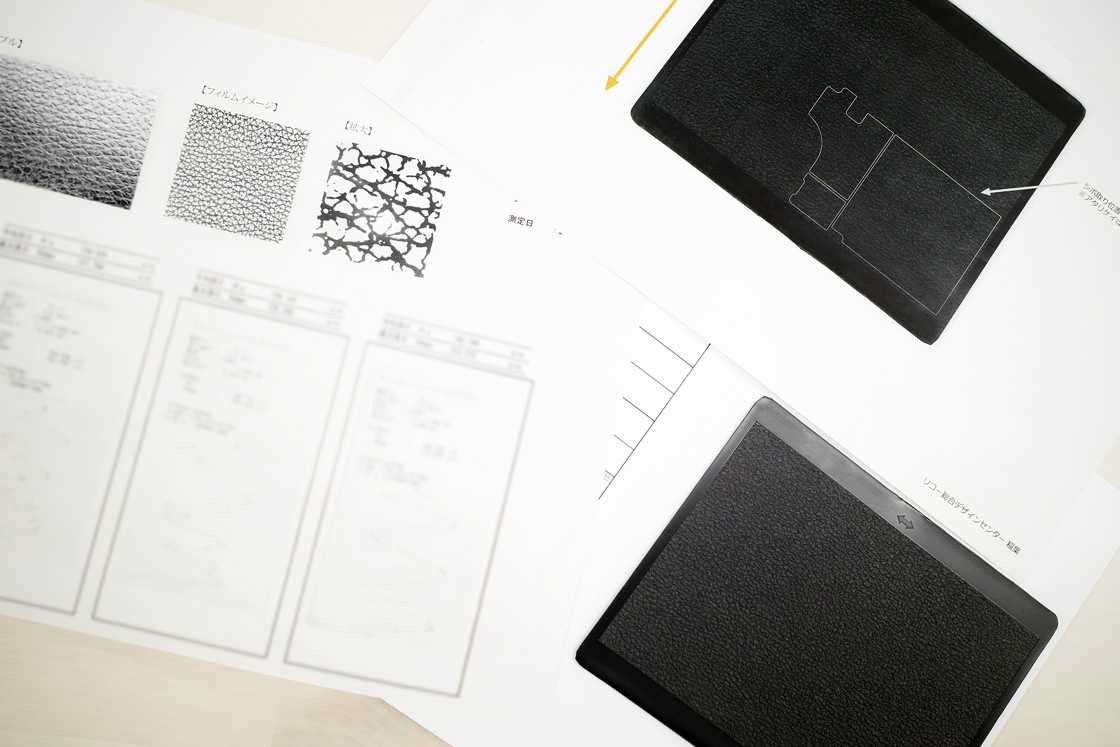 When reproducing a more realistic leather emboss pattern, we usually use multiple patterns, but we used only one because its quality was good.

This time, we directly scanned a real sample and the pattern plate was made out of it. The plate on the lower right of the picture above is the proof of the pattern transferred to an instant mold. We examined the condition of emboss with the data sheet on the left.
If there is no problem, we order which parts of the plate are used for which parts of the leather, as shown in the upper right. Then the corresponding patterns are transferred to the mold (I said it very simply but transferring on a curved surface requires tremendous craftsman skill.) 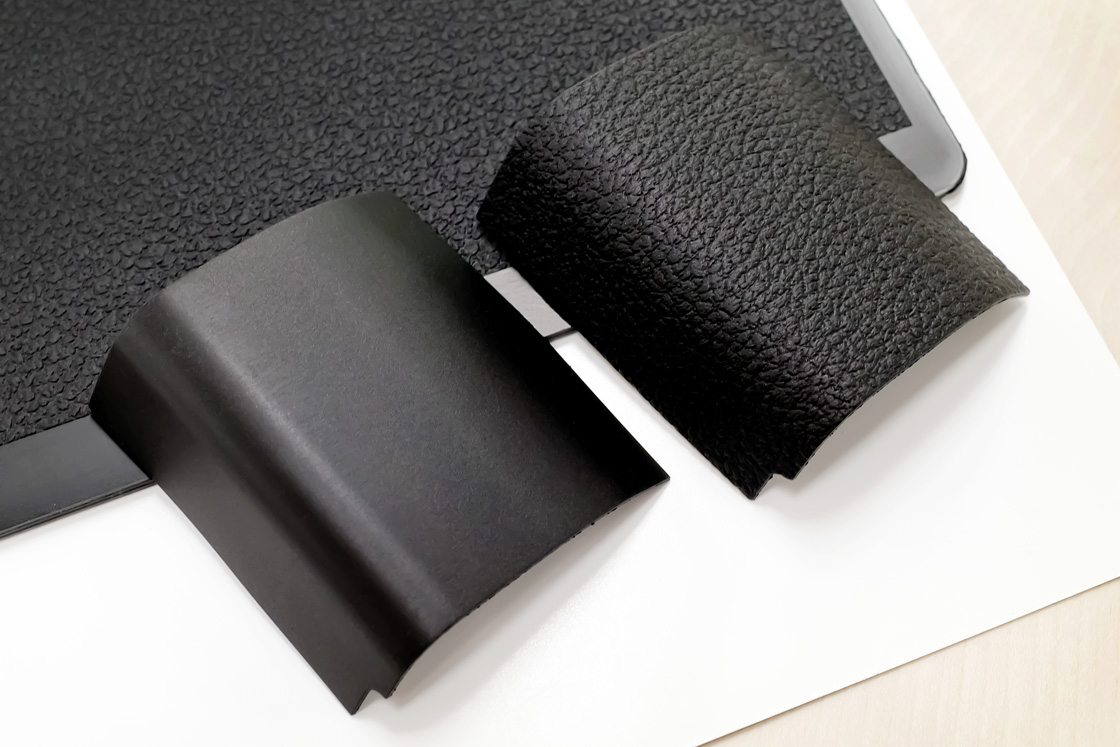 In the above picture, the left is a clean grip without a pattern. The right is the grip after transfer. The leather emboss patterns have been reproduced beautifully on the curved surface (thanks to the craftsman.)

By the way, when we saw the leather emboss of the prototype of GR III, some said "looks like a film GR." 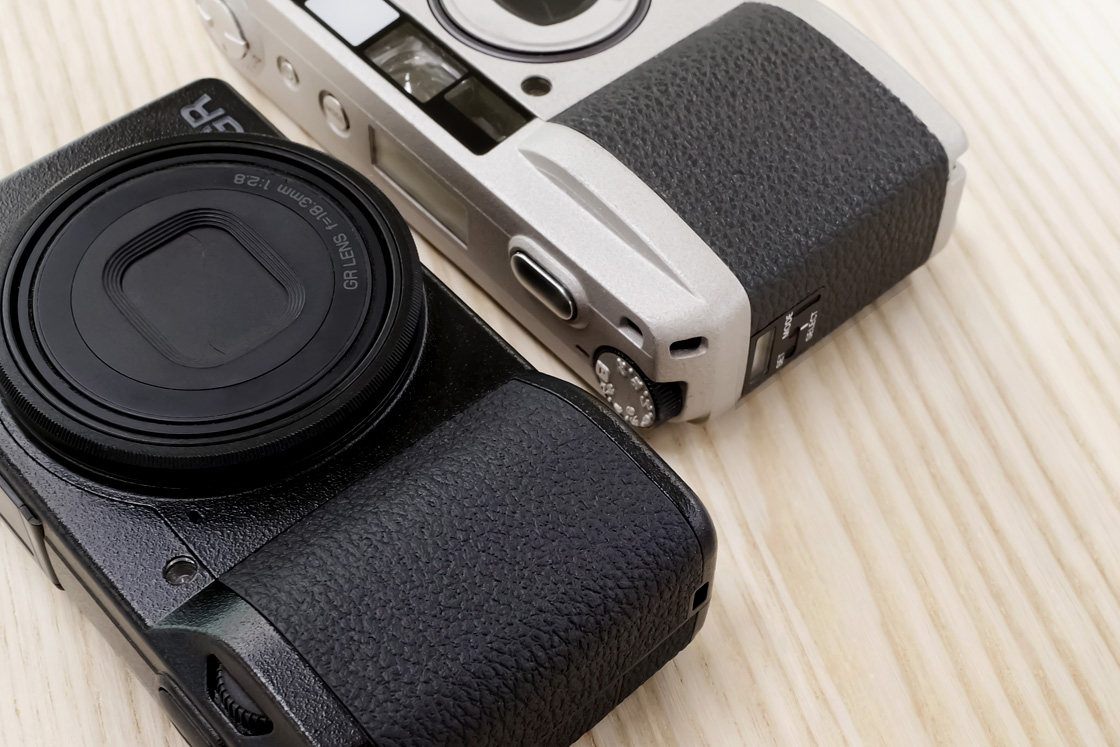 The GR III's leather emboss gets glossy on the surface when well-used, making it more leathery.

They are not exactly the same, but they give similar impressions. I can’t tell whether my idea about emboss is the same as back then or if my taste is old-fashioned, but it is likely that you will get to the same direction if you conceive the idea out of the function of a part as a tool.

I must stop here because I can talk about the design of GR III forever.
Lastly, I will post a couple of photos around Shibuya at night that I took with the GR III recently.
Oh, don’t get me wrong. I bought it myself! 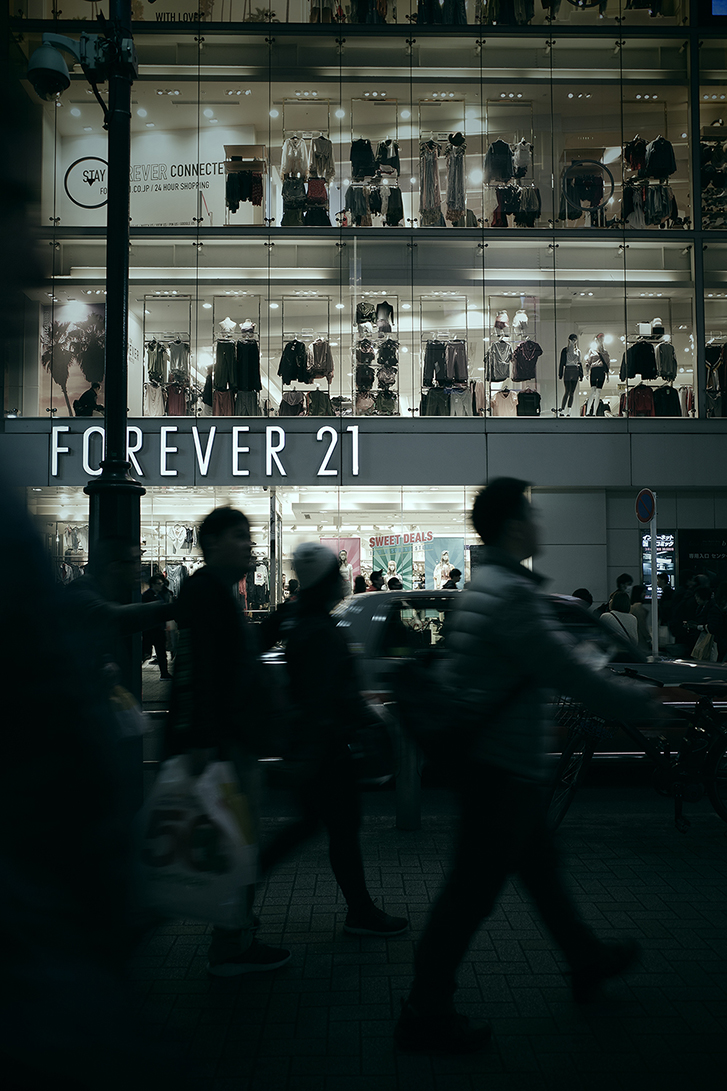 The above is the message from the designer (and a great GR fan) Inaba.
He’s got so much more to share with you, but maybe that’s for the next time.