Perhaps due to the fact that 43mm was my favorite lens when I was using a film SLR as my main camera, the 40mm angle of view is very comfortable for me.

Since the GR IIIx arrived, I've been carrying both the GR III and the GR IIIx in my small tote bag, which I bought this summer, wherever I go. It has pockets capable of holding two GR IIIs, and every time I meet someone from the photography community, I pull both GR IIIs out of the bag at the same time and make a proud face. One time an editor grinned and said, "That's Daimon's dual-wielding style, isn't it?"

It is actually difficult to shoot with two cameras at the same time, but if the definition of dual-wielding or two-way is "to approach a task with two different means," then this is indeed dual-wielding.

Since my GR III has a crop function assigned to the Fn button, I initially thought that I could just use the 35mm-cropped GR III without using the GR IIIx, but this one action makes a huge difference in snap shooting. Since rapid shooting is one of the GR's strengths, it is better not to take any extra steps.

The 28mm and 40mm lenses can play different roles in the world you see. It's better to be as lightly equipped as possible when snap shooting, but with GR, the burden does not rise with the increased number of two units..

The ability to use them differently depending on your feelings on that day- say the GR III is the main sword and the GR IIIx the secondary for today- makes you feel good as if you have acquired new performance techniques.

You have the combination of the street-style GR III, which allows you to approach without hesitation, and the GR IIIx, which is neither 35mm or 50mm and has a nuanced fluctuation.

It's not a matter of one is better than the other. Rather, you have this choice between the two perspectives depending on the impression you feel at the time.

It's not that you can shoot everything with these two cameras, but this small but great sense of security of having two GRs whenever you want to shoot can be a driving force, which gently pushes you forward.

I have the GR III and GR IIIx in my bag today, too. I think I'll add a one-cup bottle of my recent favorite Taiyozakari sake to go along with them. 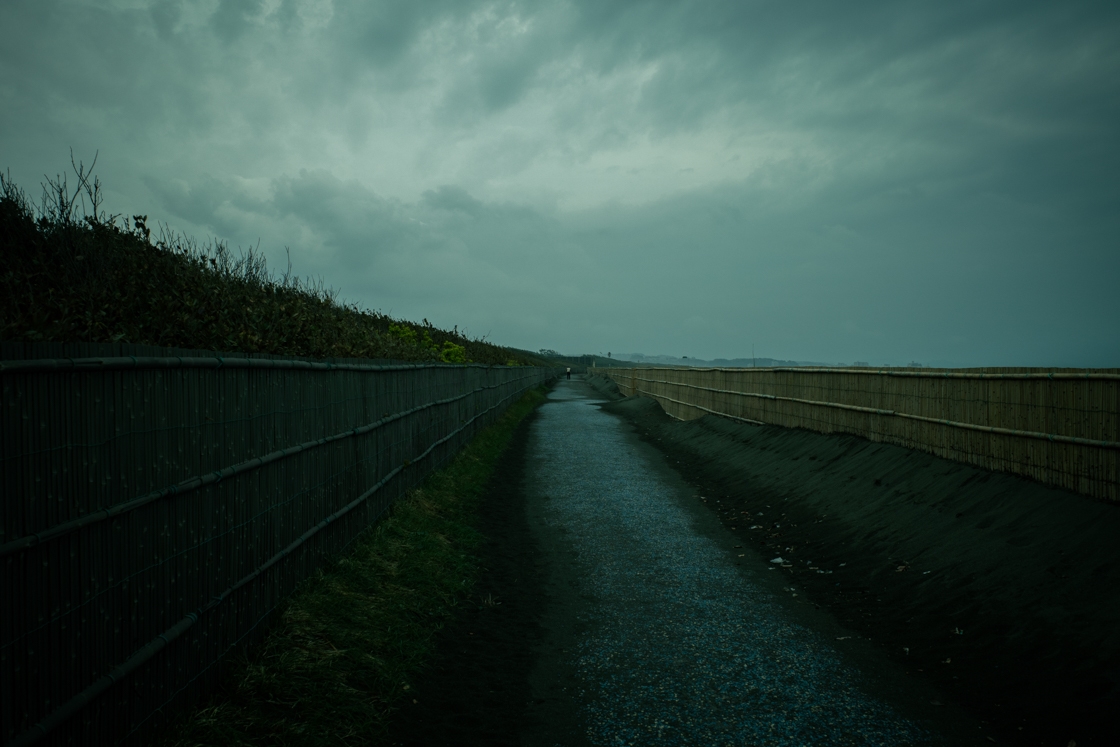 Mina Daimon
Born in Yokohama, currently living in Chigasaki, Daimon became a photographer after winning the Ricoh RING CUBE public exhibition. In addition to being an artist, she collaborates with apparel brands, teaches courses and holds events sponsored by camera manufacturers and stores, and contributes articles to magazines and web magazines. Has held many solo and group exhibitions. Her representative works include "Honjitsu no hakoniwa (Today's Sandbox)" and "Hama", as well as the photobook "Hama" (Akaaka Art Publishing Inc).
www.minadaimon.com