Special Article: A letter from Ryo Owada “Photobooks and GR”

This is the second article of STAY HOME project, “Photobooks and GR" by Ryo Owada.

Let’s hear what he has to say abut photobooks, through which ‘photograph’ works as medium to connect.

I came up to the rooftop of my house with some photobooks. There were many rainy and cloudy days in the last few days, but on this day, the sky was blue. White clouds floating like scattered islands remind me of the sunshine of early summer.

A few weeks have passed since the state of emergency was declared in Tokyo. Nowadays, it is difficult to go out to places where you want to take photos with a camera. Instead of going out to shoot, I've been spending a lot of time with photobooks.

Then I received a request from GR official for an article about photobooks. Since the weather was good, I picked up some of them and came to the rooftop to write. 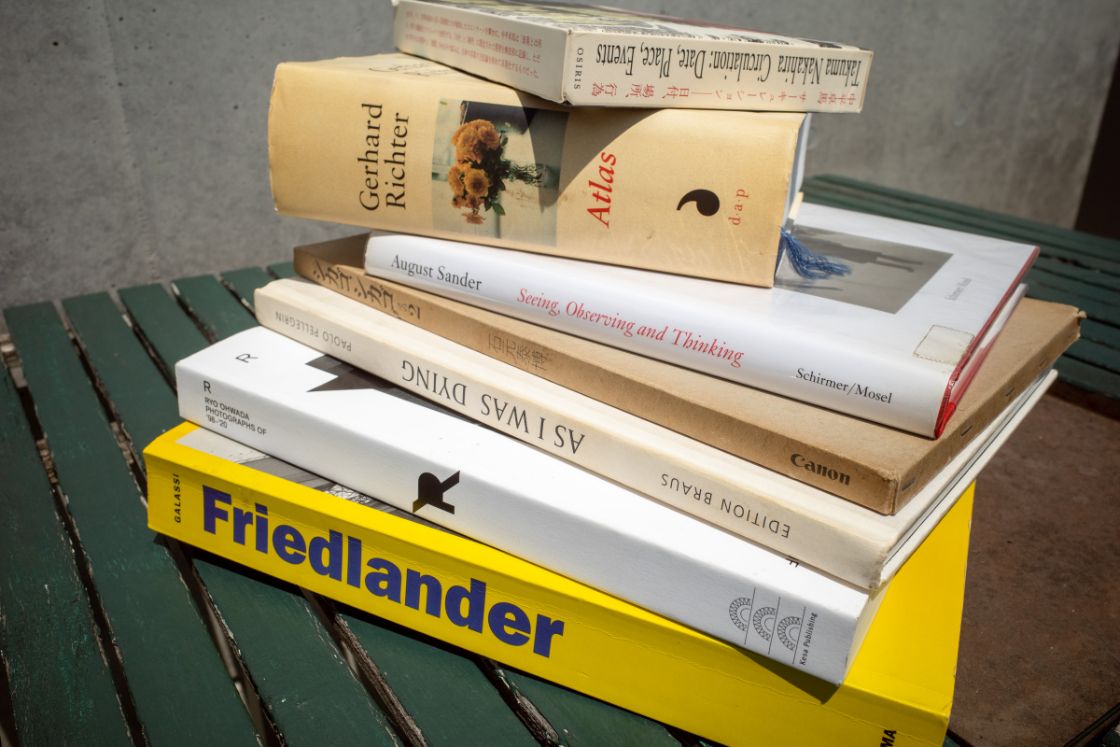 Photograph is medium mainly to record, but its images can often include something invisible- atmospheres of the time, thoughts and memories. Let’s take a look at August Zander’s book for example.

Zander is known as a photographer for a magnificent project that systematically summarizes the portraits of various occupations, classes and races of the time entitled "People of the 20th Century." He started his career as a photographer in the 1920s, about 100 years ago.

After the Spanish Flu prevailed around the world and the World War I ended, photographic art rapidly evolved from the previous pictorial method to a more objective and instant method utilizing the basic functions of camera.

Zander's method was also based on straight photography in accordance with the neo-immediate movement in Germany.

By looking at it, I was reminded that this group of photographs, developed before the outbreak of World War II, not only recorded the timeline of the era precisely, but also depicted the energy of people and the universal sentiment of people who love their life.

In addition, the book includes various perspectives of the photographer- from portraits, landscapes, people's hands to still lives- to show his quest and passion for photography. 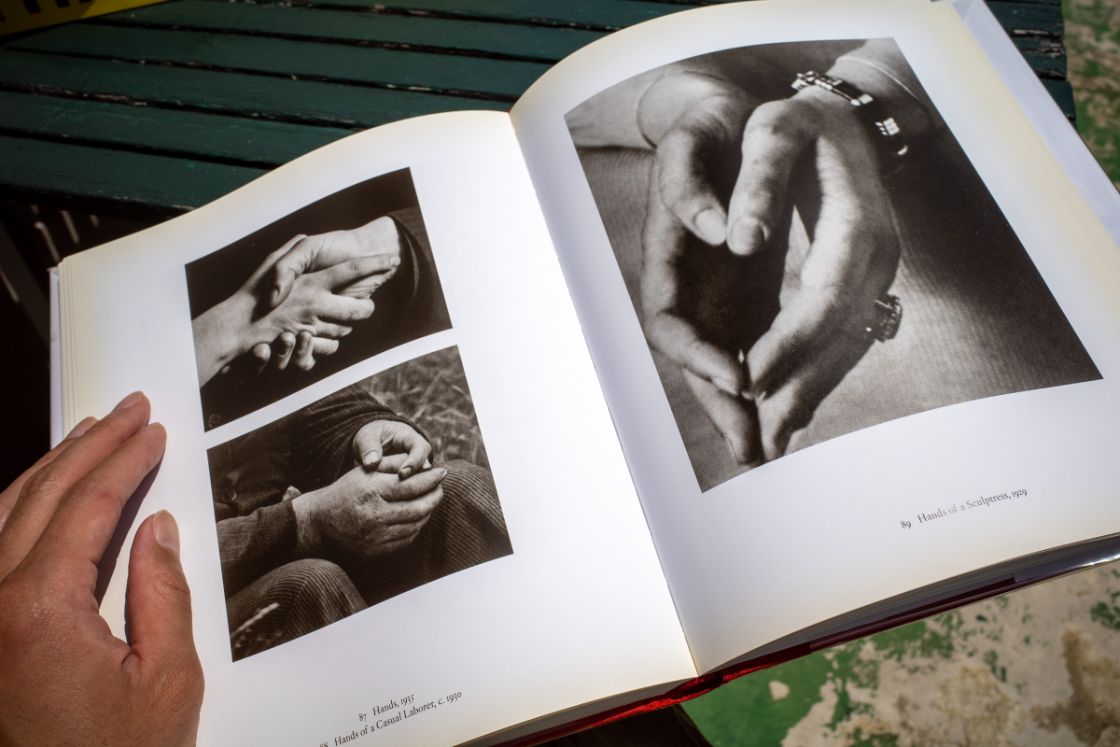 When I wrote about photobooks in "GR III Perfect Guidebook (Impress)", I wrote on each era chronologically according to the history of photography, but this time, let us jump on to the 70’s, which has more direct connection to the photography today.

First of all, a record of the installation project of the same title performed by Takuma Nakahira at the Paris Biennale in 1971 “Circulation: Date, Place, Events.” On each day, he took photographs, developed and printed them on the day, and added them to the exhibition. The unpurposeful act of sticking everything he saw and captured on the wall equally reflected the photographer's statement “wandering mediated by date and place”.

Nakahira's words "to live each day is, therefore, to express and realize oneself as a new self each day" resonate strongly especially in these days when the mechanism of the world is drastically changing. For many GR users who want to make daily snaps, this may be the book to love. In addition to richly knitted photographic context, he writes many texts, which are worth reading as a stimulating photography theory. 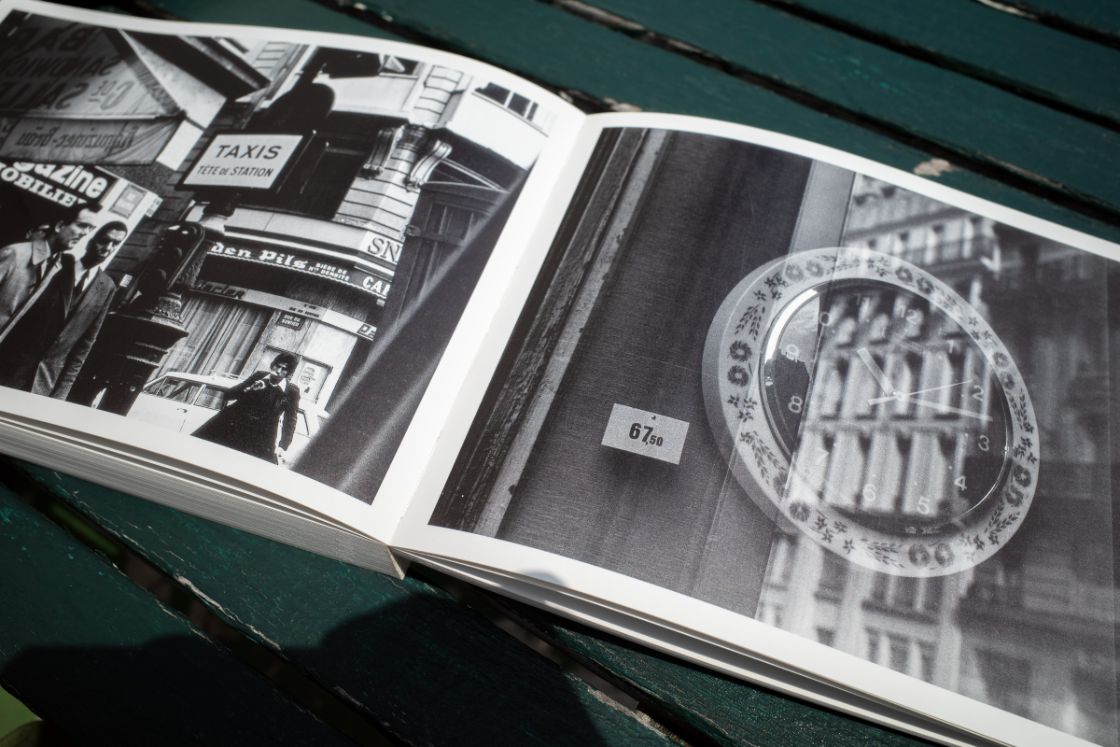 There were innumerable photographers who were active in the era around the 70’s, but this time, let us review Lee Friedlander and Yasuhiro Ishimoto. Their snapshots, including the social landscapes, are an approach that particularly has a close connection with the present age.

Nowadays, supermarkets, parks, and all the scenery you see on a daily basis have social implications due to the effects of the virus prevention. Friedlander and Ishimoto's approach to ordinary landscape, in which the lens is actively drawn to the social meaning and the epoch, has more meaning than ever before.

In the case of Friedlander, "I" is often included as an element in the image, and often, more directly, self-portraits and shadows of himself are involved. It is impressive to see the world from his somewhat humanitarian and humorous point of view in a dry tone.

On the other hand, in the case of Ishimoto, images are more immediate. The composition is simple, geometric and highly graphic. It has much to do with the influence of Bauhaus, where he was educated. It would be hard to find a photographer, other than Ishimoto, with composition of accurate and delicate lines.

Both photobooks are masterpieces where you can find many innovative framings with wide-angle lenses. You can easily find some of the representative photos from the books on the web. 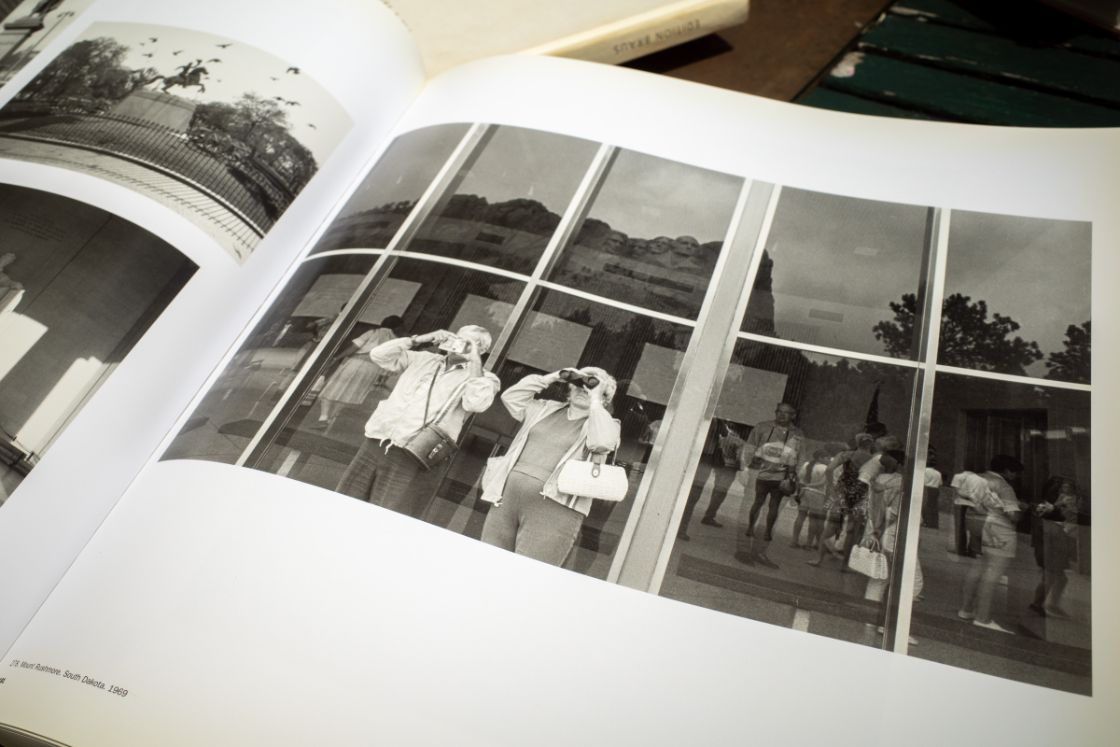 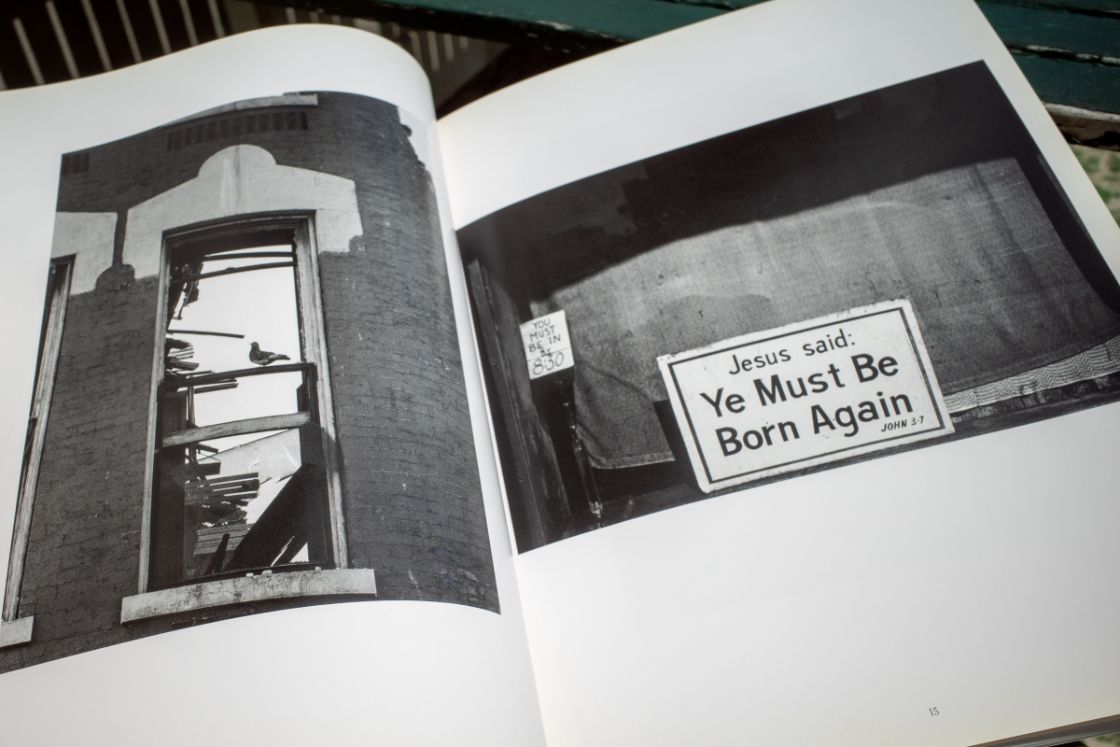 The situation of the world and the current of the time have been recorded not only as expression in photographic art but also as journalistic images in a more impressive manner.

Journalist Paolo Pellegrin is one of them. He makes me reaffirm the power of the photographic medium every time I open the book.

By observing his images of infectious diseases and conflicts, one can realize that knowing the relationship between the solid reality and abstract impression of the images is synonymous with understanding the message itself given by photographs.

From the perspective where photographs are to be read, journalists who can tell stories as richly as Pellegrin are hardly found in the entire history of photography. 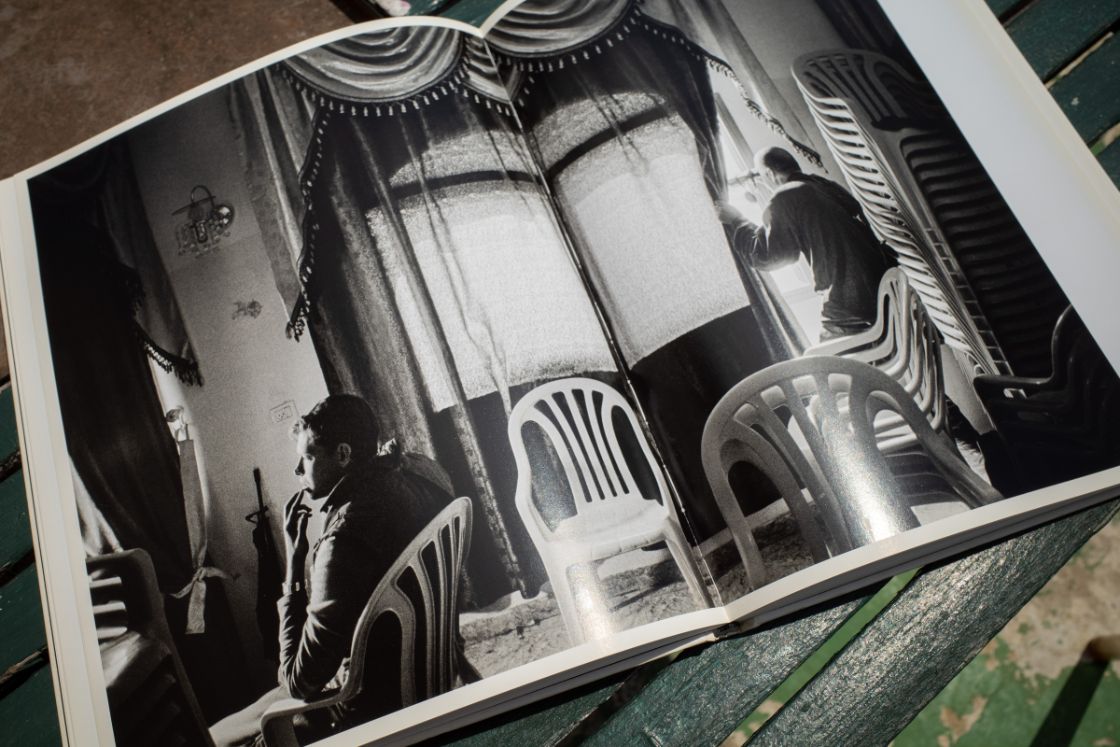 Every time I look at Gerhard Richter's “Atlas”, I find something new in terms of recording days as materials.

Richter is well-known as one of the most important artists in contemporary art, but the origin of his style of going back and forth between photography and painting is appreciated in this particular book. Richter's experimental nature, where he freely runs through materials, techniques and concepts and mixes them, is put together in the one book, where he simply scrapes the records that exist before his eyes.

The possibilities of images that derive from recording are bound together in one book like an encyclopedia as thick as over 860 pages. Due to its vast amount, the impression one has may change depending on the situation or emotion at the time. It is also a book that one can actually experience the world from various perspectives such as light, color, shape, texture etc. It's a long journey around and with Richter. 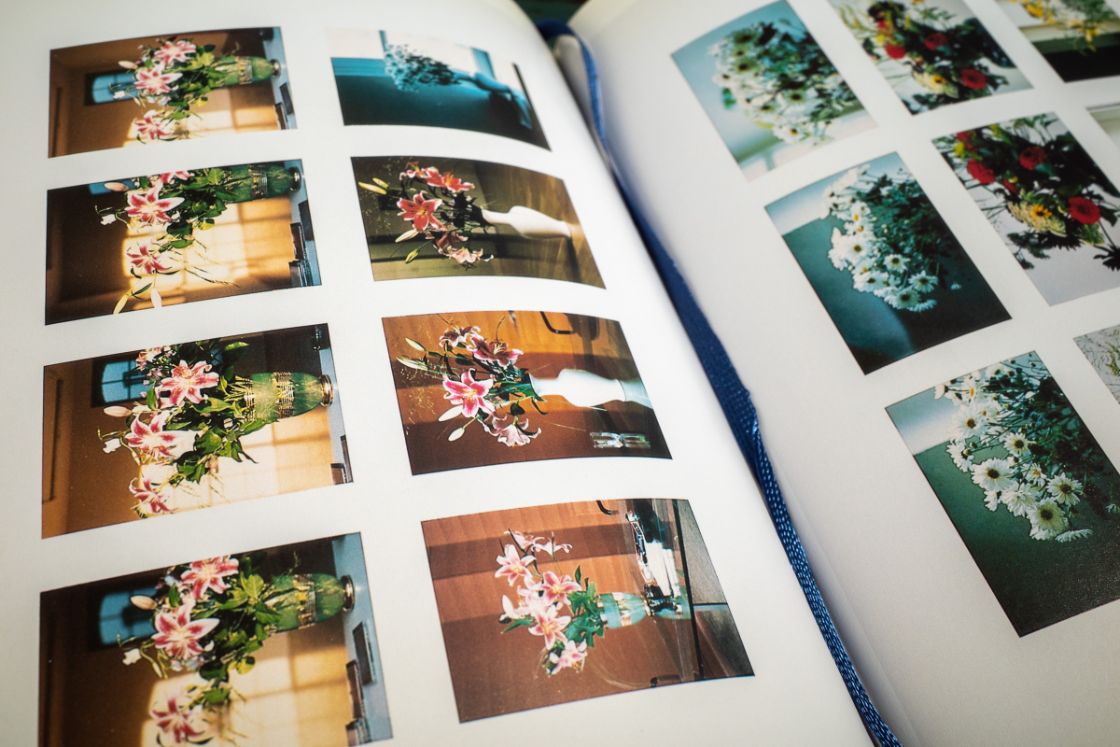 My solo exhibition "R", which had been held at B GALLERY in Shinjuku, Tokyo until last month, was also an exhibition focusing on daily records.

It was constructed based on a photobook of the same title that included snapshots and experimental works for about 20 years and, therefore, has clearly set the boundary as a summary of the world before it was changed due to the influence of coronavirus.

Just as a whole new artistic tide emerged after the Spanish Flu, not just photography, but many art forms will move towards new expressions in the new world of the future. That's the reason why looking at various photobooks handed down to the present day will help you survive in a new world.

The light that overflows in everyday life and the heart that loves those around you are the only motifs that have been cherished and used universally.

Now that most of us stay inside or within a radius of several tens of meters, all we see daily through the GR are subtle differences in light or other small events. However, those photos definitely convey “here now" and are the reality and the records of every day in 2020.

Photobooks make me reaffirm one fact- as Takuma Nakahira repeatedly argues in his theories- photographers were there to capture them. That is almost the only truth in photography.

On the other hand, that is what gives foundation to the reality of photography, with which photographic images inspire, enlighten, compassionate, and sometimes impress.

A photobook can take you to a place where you have never been, or help you look at the world from an unexpected point of view.

Now that you can't go out to shoot on your own, take a trip to the vast and imaginative world by reaching out to a photobook on the shelve. 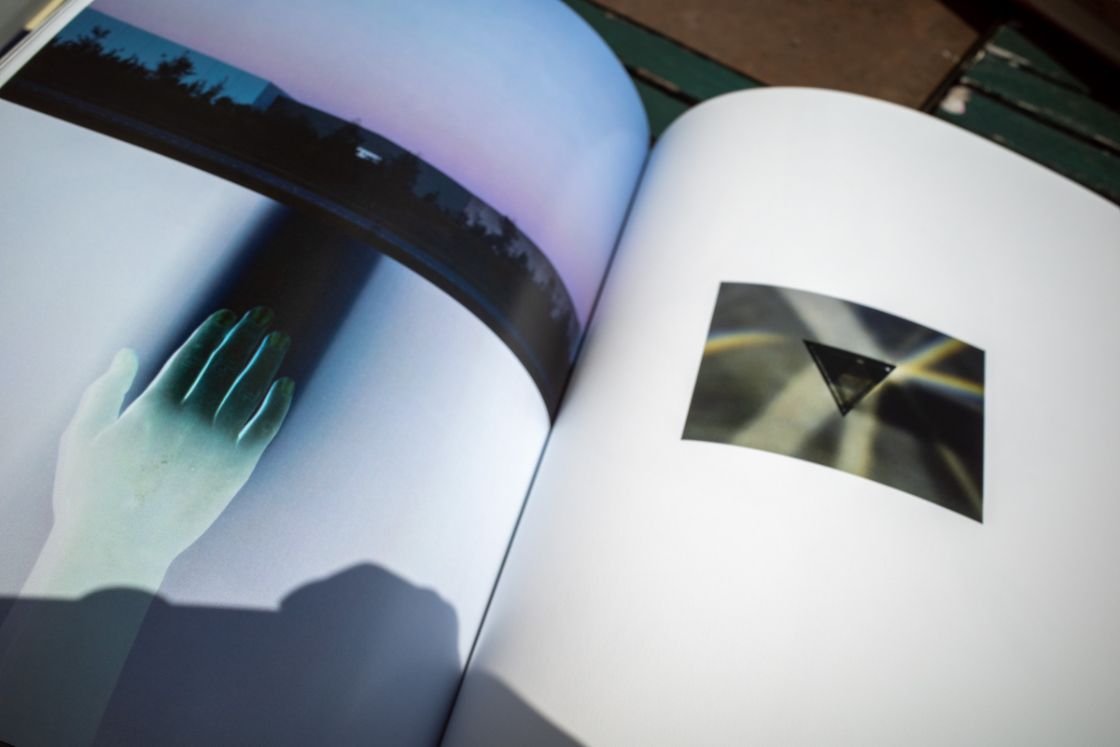 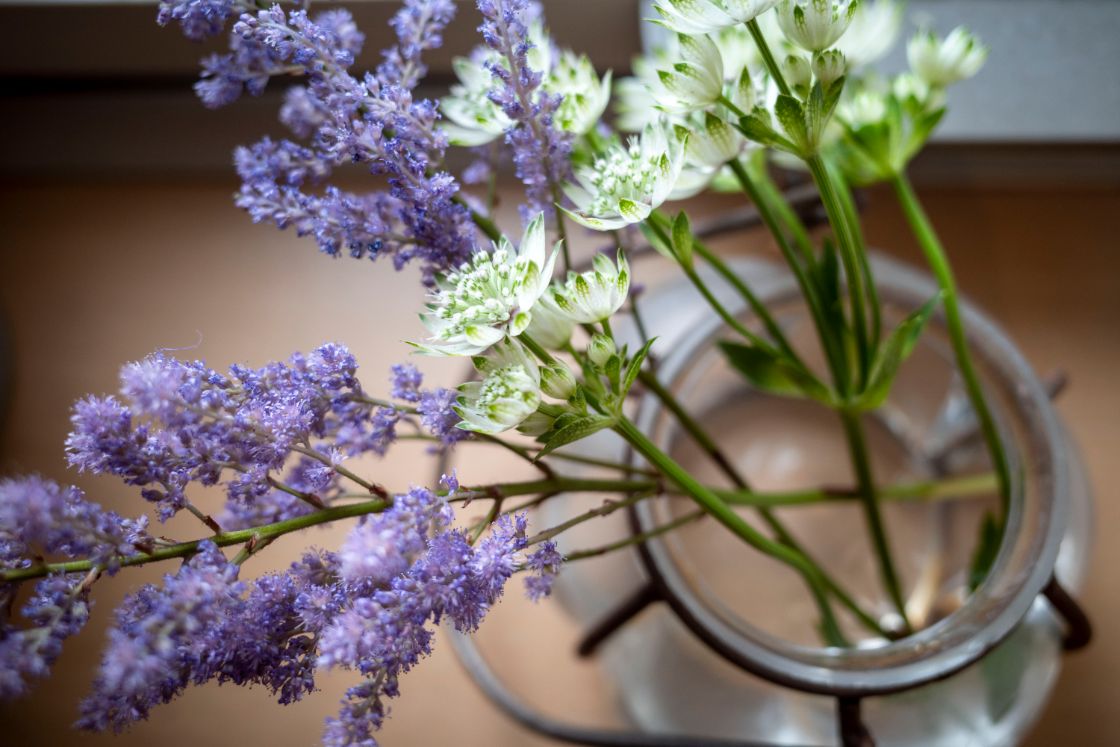 ｰｰｰ
Ryo Owada
Born in Miyagi prefecture in 1978. Graduated from the Department of Photography, Tokyo Polytechnic University, and received the Master's degree in Media Art. In 2005, he was selected as a "ReGeneration. 50 Photographers of Tomorrow" by the Elysee Museum in Switzerland. His representative works include "FORM" with the theme of bonsai, "Wine collection" that captures colors of wine. Received the 2011 New Photo Award from the Photographic Society of Japan. His books include "prism" (Seigensha) and “Qusamura Honzo" (kesa publishing). "FORM" (ShinSuiSha Publishing) etc. Lecturer at Tokyo Polytechnic University Faculty of Arts and Japan College of Photography. The latest "R" is on sale from kesa publishing.
http://www.kesapublishing.com/