Special Article: A letter from Yukio Uchida “Photography and Cinema”

This time, as a part of our special STAY HOME project, I’d like to introduce a special article from a GRist!

We are going to have several photographers who have appeared here as a GRist to write for us about topics related to "photograph" or "camera" with one theme per person. Please look forward to who will write about what.

The first writer is Yukio Uchida talking about "photography and cinema.” Thank you! 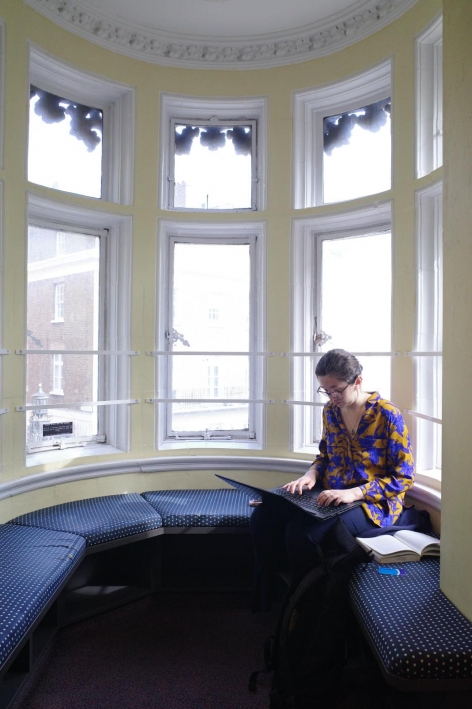 Q. What is the longest word in the world?
A. ’Smiles'. Because there is a mile between its first and last letters

When I was a junior high school student, I knew that mile was a unit of length, but I didn't know how far it was. So I couldn't laugh at a joke.

Had I been interested in horse racing, I might have been familiar with the unit. The word mileage is common, but mile is rarely used in Japan.

However, the length of 1.6 km is superb, and the Japanese fashion concept called one-mile wear was used to mean everyday wear (casual fashion) that you can wear at home or within the distance of about an hour going back and forth.

"GR is the ultimate one-mile camera," I once said at a talk event. When you go out empty-handed without a bag, you can put it in your pocket and take it out quickly with one hand. If you forget to insert a memory card because you left the house in a hurry, you can store more than 300 pictures in the internal memory.

Another favorite example in which mile is used for fashion is 1000 mile boot. Boots can hurt your feet if you wear them for a long time, but thanks to the soft oil-rich leather called Chromexcel, you can walk a long distance as lightly as sneakers.

The GR's completeness, which reduces the burden of carrying it, encourages photographers to "walk further." Far from 1000 miles, I can't even walk around in the neighborhood in these circumstances, but I try to move my heart at least once a day. I can train my body with dumbbells, but I can’t train my heart like that. That’s why I often watch movies. With the time I have now, I often repeat them carefully. 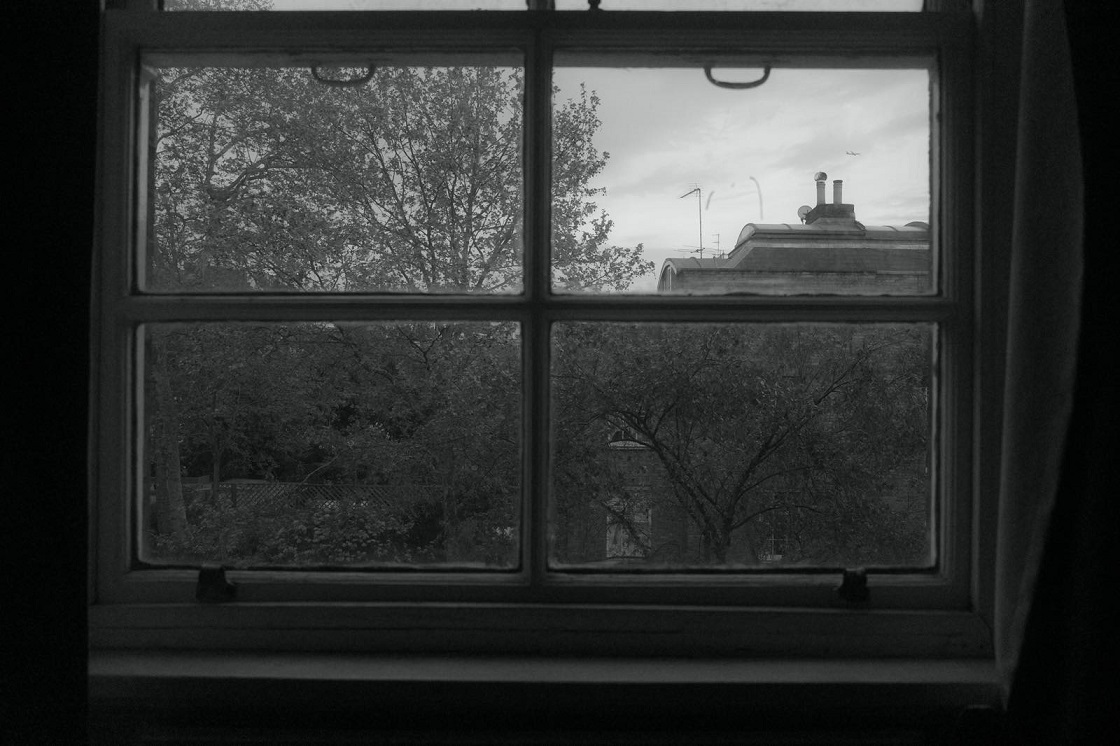 That’s it for my a little longer introduction. I would like to introduce to you now some of my favorite films under the theme "photography and cinema.”

The first one is a film by Michelangelo Antonioni in 1966 (the year I was born!) called “Blow-up.” The main character is a photographer. He is so cool that the posters were often used for interiors, and more young people wanted to be a photographer because of this. More young people seemed to have joined the Navy because of "Top Gun", but the former is not as simple as the latter.

Antonioni's films do not cheer, tear, or entertain, as Hollywood films do. They are not made to take you anywhere.

Seemingly meaningful scenes and lines continue. The images are mostly fragments in which symbols are woven. No explanation or solution at all. The DVD contains a sub-audio as a bonus, in which an Antonioi researcher explains like “Can you see the background now? That shadow represents ...". It's extremely annoying and you don’t necessarily have to interpret everything.

It was in 1966. There wasn’t video, let alone DVD. How did people understand Antonioni’s films in the time when they had no means of repeating them? There are no punch lines like "Is Bruce Willis dead!” or foreshadowing to be pulled together that everyone loves.

However, thanks to the time I have now, as I listen to each explanation and rewind it with the remote control in my hand to check it, I find something new and surprising.

And I realize that this is exactly what I do in photography. There are meanings but I don’t explain them all. It’s the audience who reads them. The structure is similar to that of a photo exhibition. In fact, Richard Avedon in later years seemed to have been much inspired by Antonioni, just like born pop singers naturally start admiring Bob Dylan.

Unfortunately, the GR does not appear in “Blow-up” but Hasselblad and Nikon. However, this "I will not tell you. You read it" attitude is similar to the GR's design concept. As I mentioned earlier, it’s the mainstream of contemporary photography.

The movie is too famous to be spoiled, or no matter how large you enlarge it- as large as you can see the pixels- you will never find the answers. What you think are answers are what your heart has felt first.

The director is Anton Corbijn, the best director in the world to shoot musicians. The main character is modeled after Dennis Stock, a former member of Magnum.

The director is a photographer himself. He handles the light beautifully and each scene has its beauty. You can sense how delightful it is for the photographer to capture the short, shining light, namely James Dean, through the viewfinder.

If you like this film, check out Anton Corbijn's debut film “Control.” I believe it's the most beautiful black and white film of the 21st century. I know there are many GR users who love black and white.

If you like Japanese films, I would recommend “Sekai de ichiban nagai shasin (the longest photo in the world.”

By looking at the character who comes across a camera by chance, tries to find subjects, and discovers the meaning of life, my heart is moved like “That’s youth. The way to go.” It makes you feel now how precious it is to be able to take out a camera onto streets and think about what and how you want to photograph. It is recommended by the Ministry of Education and Science, which means it’s a good film to watch with family too.

Steichen once said that the world can be photographed in a room. Even if you can’t travel to search for a subject now, you can discover things in your immediate area. But you need to be inspired and I think it's good to absorb nutrition from films in order to charge energy during these times. It takes time to acquire knowledge and you need experience to improve skills, but your way of thinking can change in an instant. Films can help in that regard. 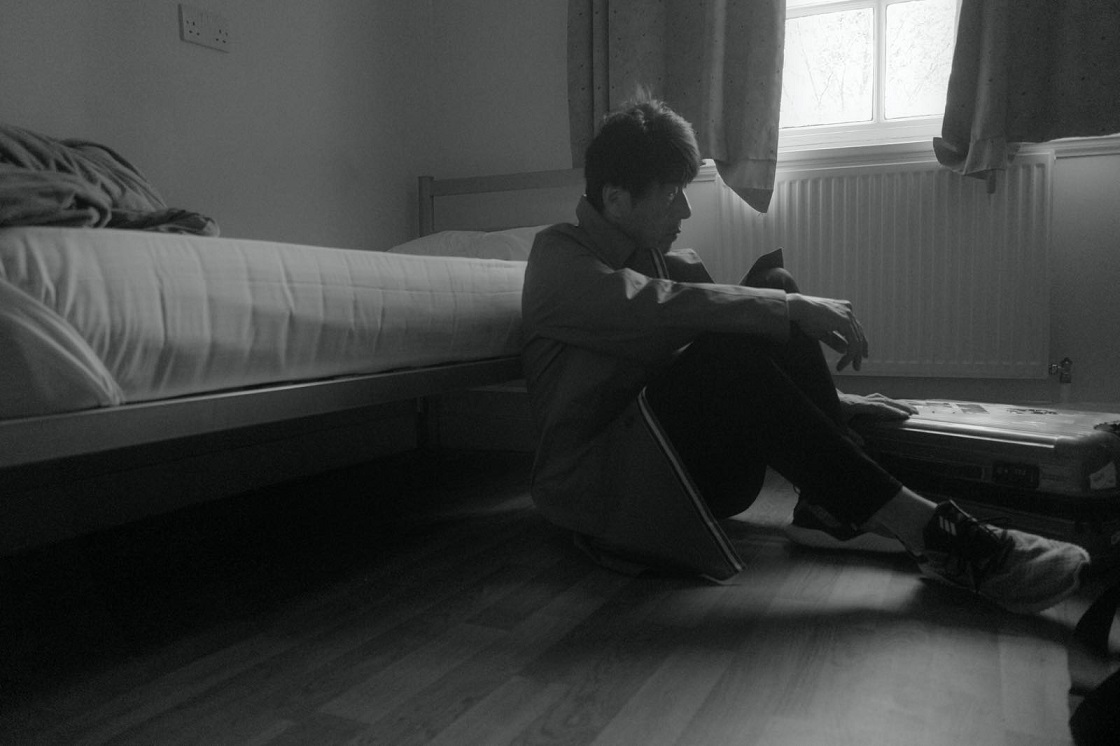 ｰｰｰ
Yukio Uchida
Born in Ryotsu City (now Sado City), Niigata Prefecture in 1966. Uchida became a freelance photographer after working as a public employee. Besides his commercial work in advertisement and with actors and musicians, he has a reputation for black and white snap shots of people and streets. He also writes for camera magazines and newspapers. His main publications include “Leica to monokuro no hibi (Leica and Days of Monochrome)” and “Itsumo kamera ga (Always with Camera)”. Currently, he also teaches photography and speaks for camera manufactures.
https://www.yuki187.com/gr-diary

What is "Change of Electronic Level Display” for? (Ninzaburo)