See his photos on GRist page
You can also see them on TOP page.

Enjoy much more images on SPECIAL.

His GRist article in 2008 is also interesting.


Daido Moriyama
Born in Osaka in 1938. After being assistant for photographer Takeji Iwamiya and Hosoe Eiko, he becomes independent in 1964. He continues to present his work in photography magazines etc. In 1997, he wins the Japan Photography Critics Association New Artist Award for "Nippon Theater". From 1968 to 1970 he participates in the private photography magazine "PROVOKE." His style of high contrast and grainy tone is described as "are · bre · bokeh" and gives a shock to the photography world.
Receives worldwide reputation by holding solo exhibitions at the Metropolitan Museum of Art in New York and the Cartier Foundation for Contemporary Art in Paris. The first Japanese to receive the 28th Infinity Award Lifetime Achievement Division hosted by New York International Photography Center (ICP) in 2012.
From 2012 to 2013, an exhibition with William Klein "William Klein + Daido Moriyama" was held at Tate Modern in London, and the co-starring between the two popular photographers swept the world. "DAIDO TOKYO" exhibition was held at Cartier Foundation in 2016. 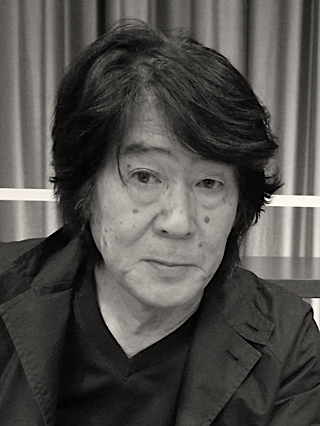 What I Want to Convey in the GR III Catalog (NOGUCHI)