Hello everyone. I'm Okubo, the product planner for the GR III Diary Edition.

Today is the release date of the 「GR III Diary Edition Special Limited Kit」. Thank you for your pre-orders! We will start shipping now. We hope you love it.

Following on from the previous article (>>Part 1), I would like to talk about the firmware that comes pre-installed on the Diary Edition, which is also available to all GR III and GR IIIx series cameras via a firmware update.

The Diary Edition is based on the concept that the photographer will enjoy shooting everyday scenes with this special model. This firmware was developed to best suit this concept. Here is the introduction.

For the new Diary Edition, we wanted to add an Image Control that you could use every day. Before the advent of digital cameras, negative film was commonly used because it was cheaper and there were many places other than photo shops where you could get your photos developed, making it easy to take pictures.

So I decided to take the color tone of negative film as a theme to make it an Image Control mode for everyday use.

In reality, there are many types of negative film, and each brand has its own color and contrast.

In addition, post-processing, such as darkroom work, can have a significant effect on the image, even with the same film.

This time, rather than choosing a specific type of negative film, we have looked at the art of photography.

If you look at the history of color photography, you will see that, in the 1970s, photographers began to actively publish their work in color. They were commonly called “New Color,” and some of them were made not only with negative film but also with positive film. This time, we created “Negative-Film” based on the impression of the New Color works in which negative film was used. 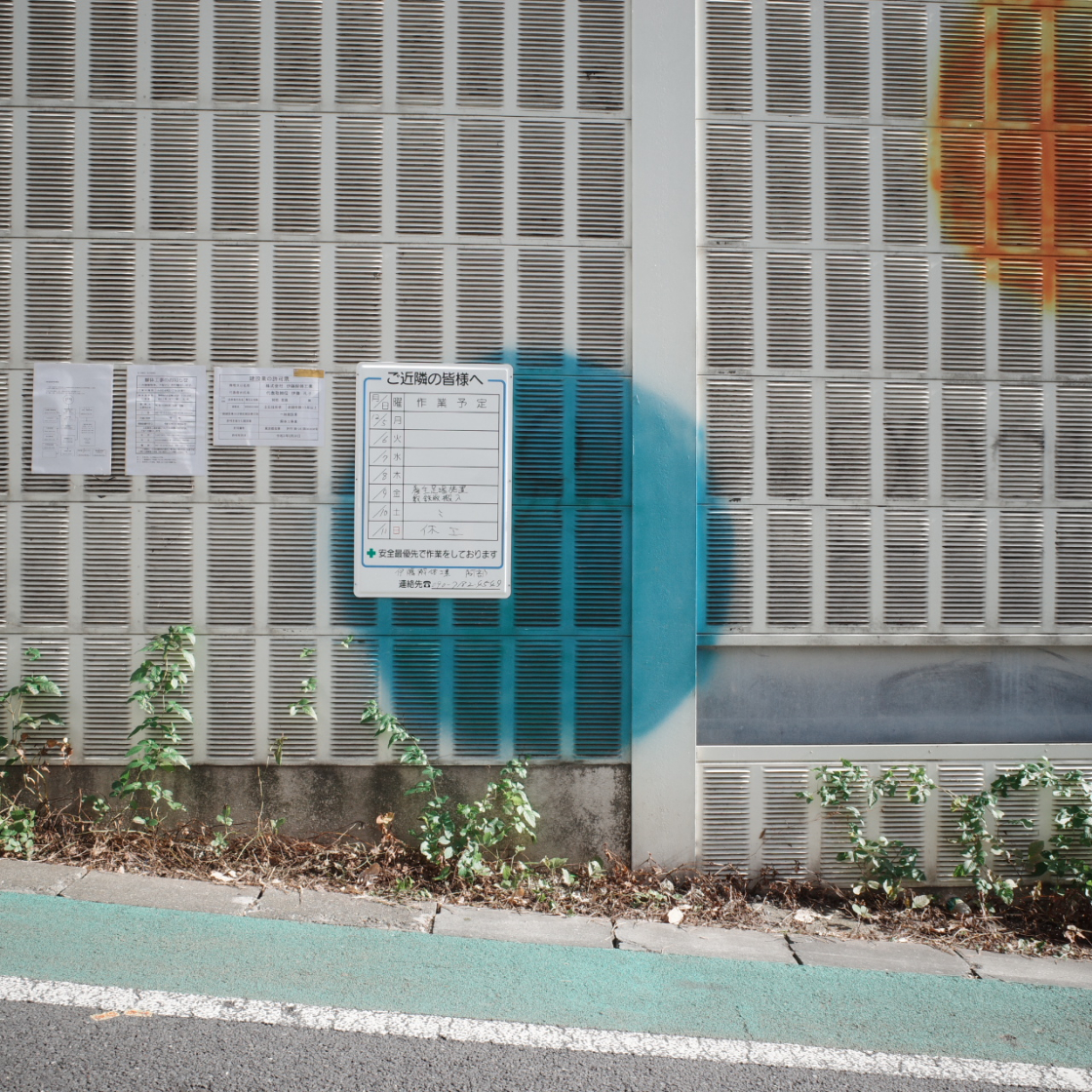 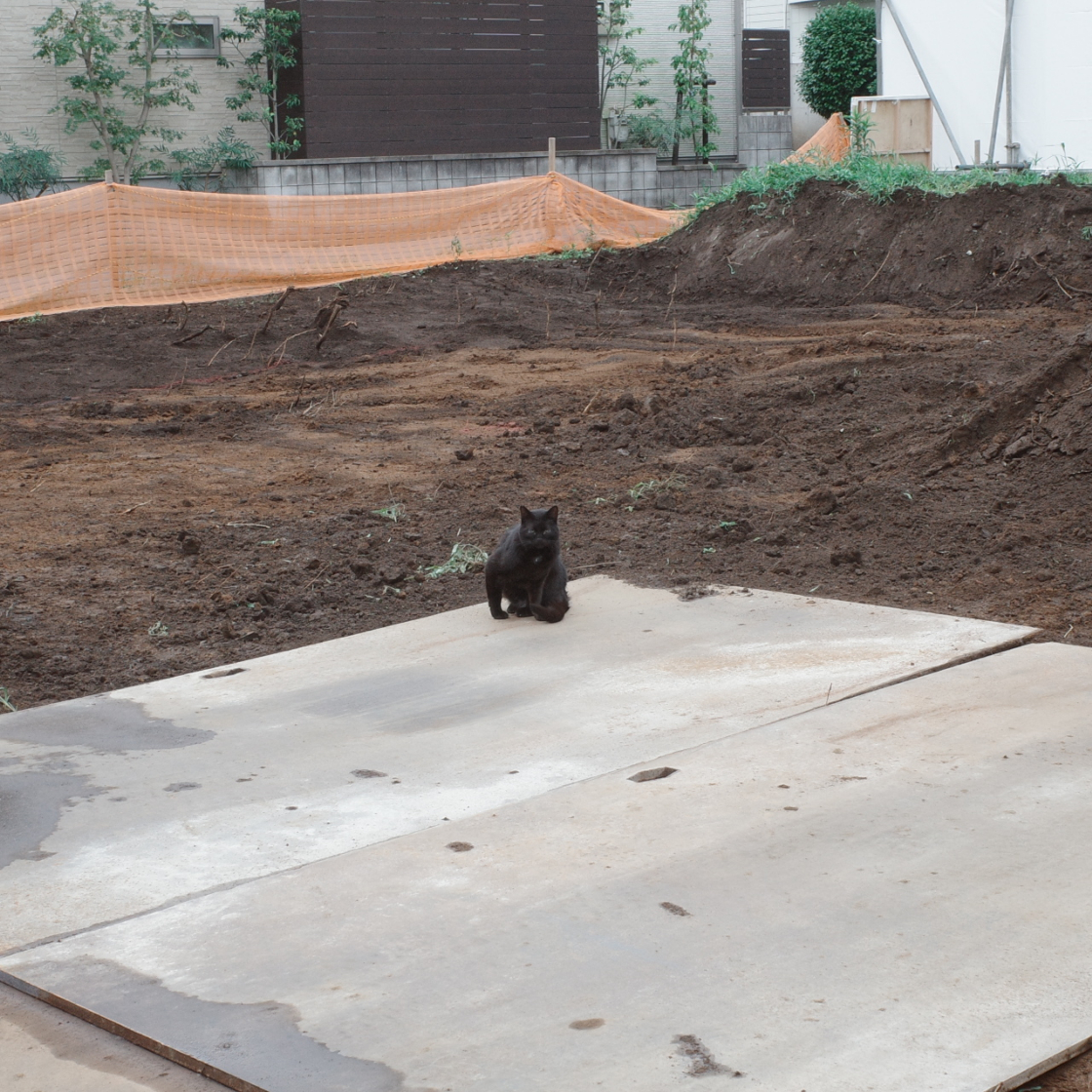 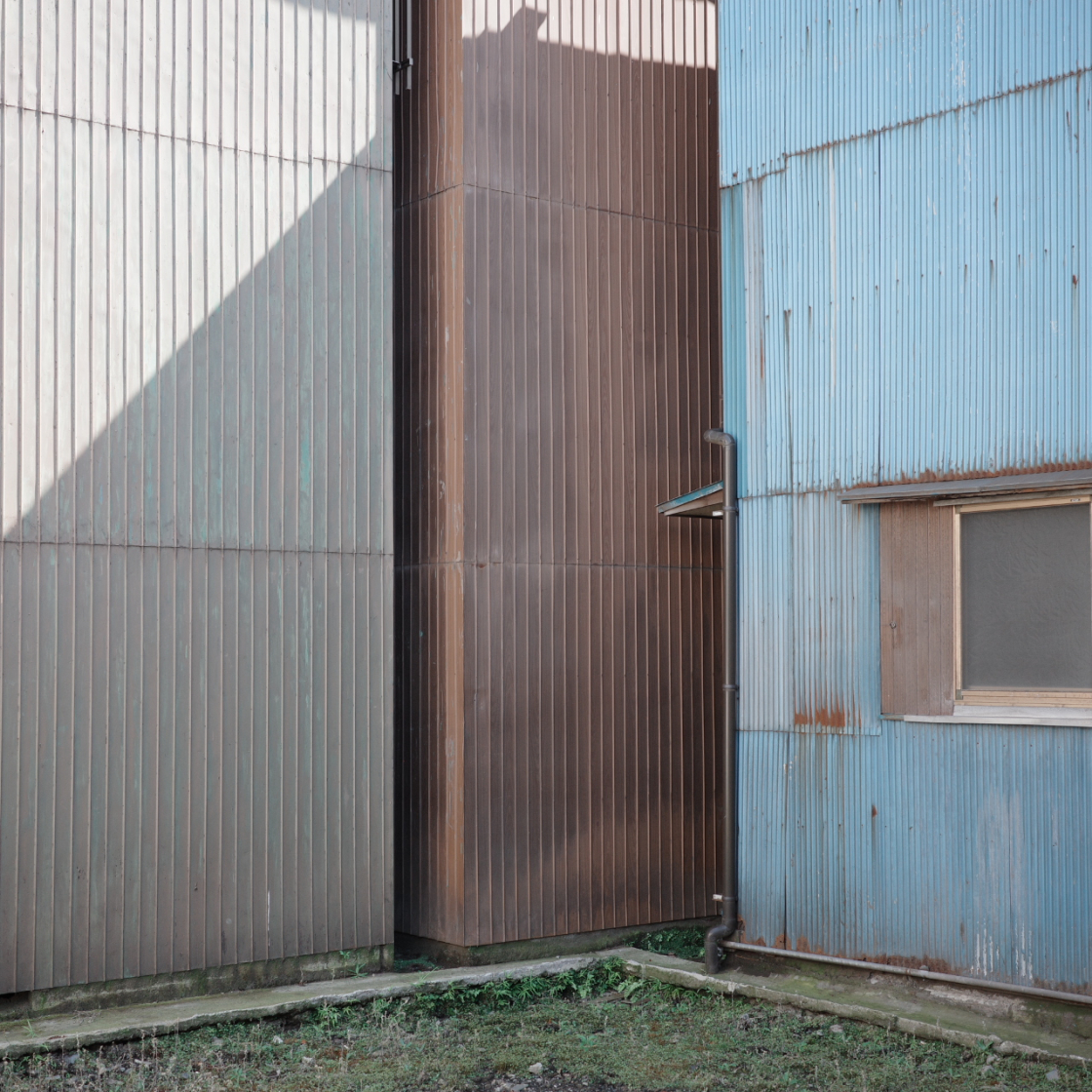 By raising the mid-range of the tone curve, the overall impression was adjusted to be slightly brighter.

We have also given the image a slightly faded look, which we believe will make the Image Control more suitable for everyday photography.

By increasing the key, decreasing the contrast and reducing the shadows by setting the exposure compensation to positive, you can get an impression closer to the work of well-known New Color artists such as Stephen Shore and Luigi Ghirri. 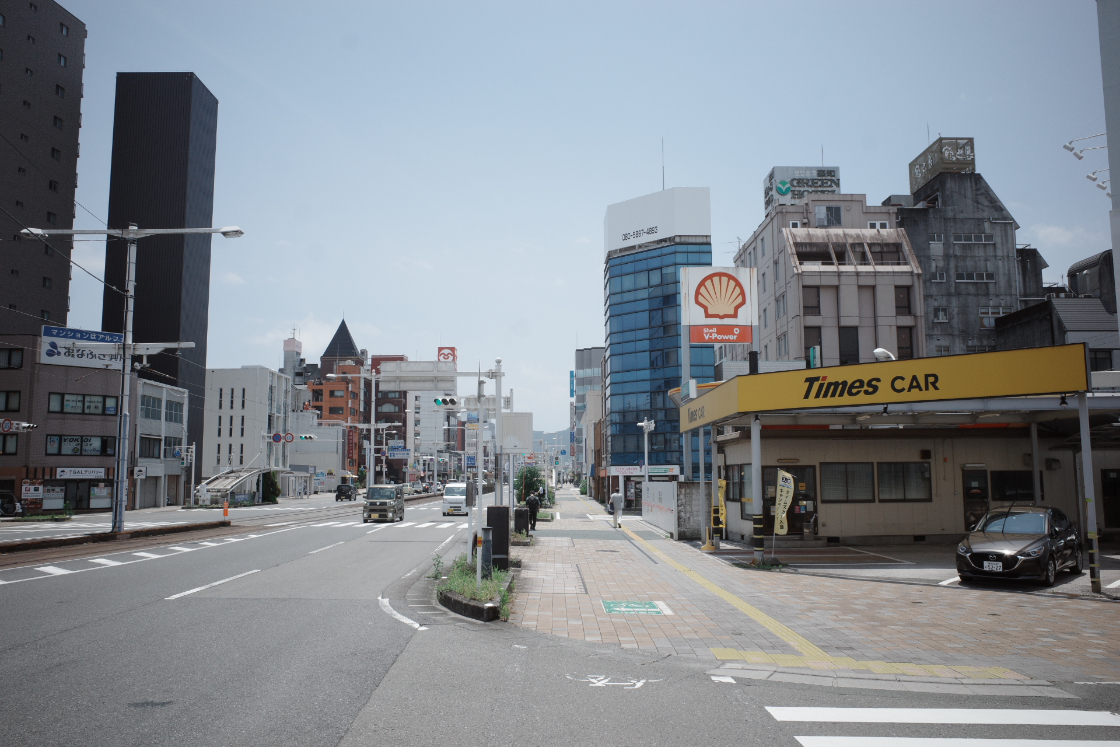 
The GR's Image Controls are finely tunable. By adjusting the parameters of "Negative Film", you can apply it to various scenes.


■ The total number of shots is now displayed on the end screen.

This will help you understand how many pictures you have taken so far, and make you feel more attached to your camera. 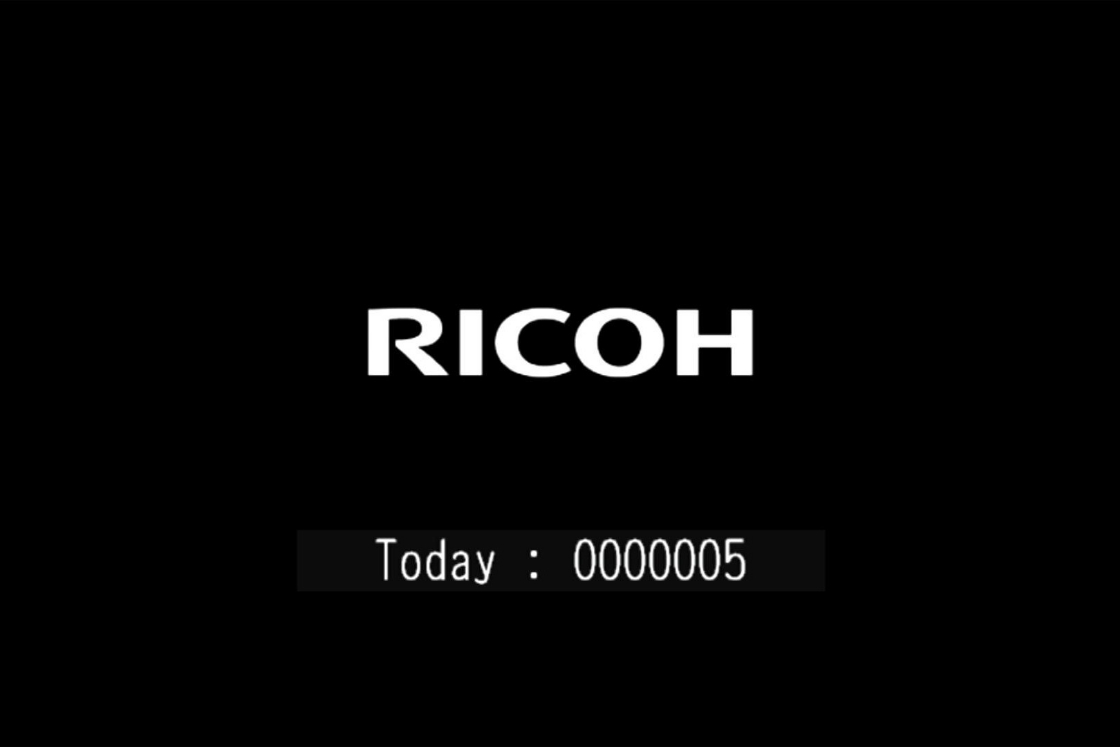 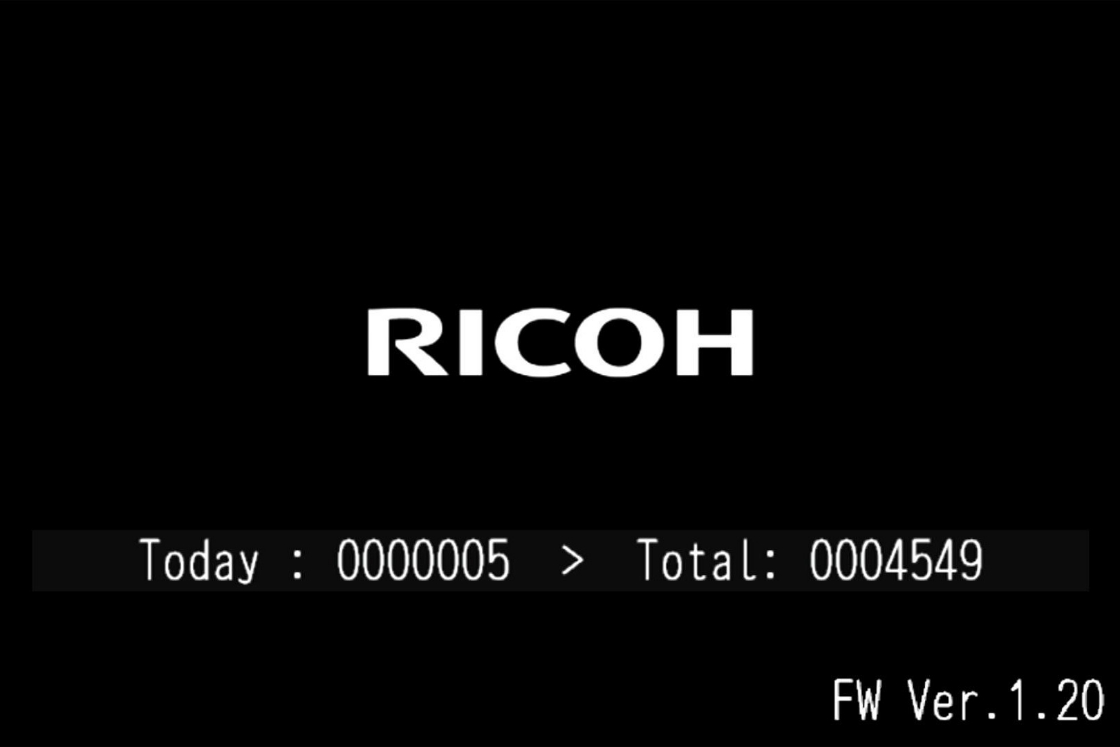 You can also check the firmware version on the end screen, so you don't have to go into the menu to check it. If you find the screen too busy, you can always revert to the conventional display.


■ You can now switch off the camera from ImageSync.

I often transfer the day's shots to my smartphone on the train home. This new firmware allows you to turn off the camera from your smartphone after the images have been transferred.

The process is shown below. 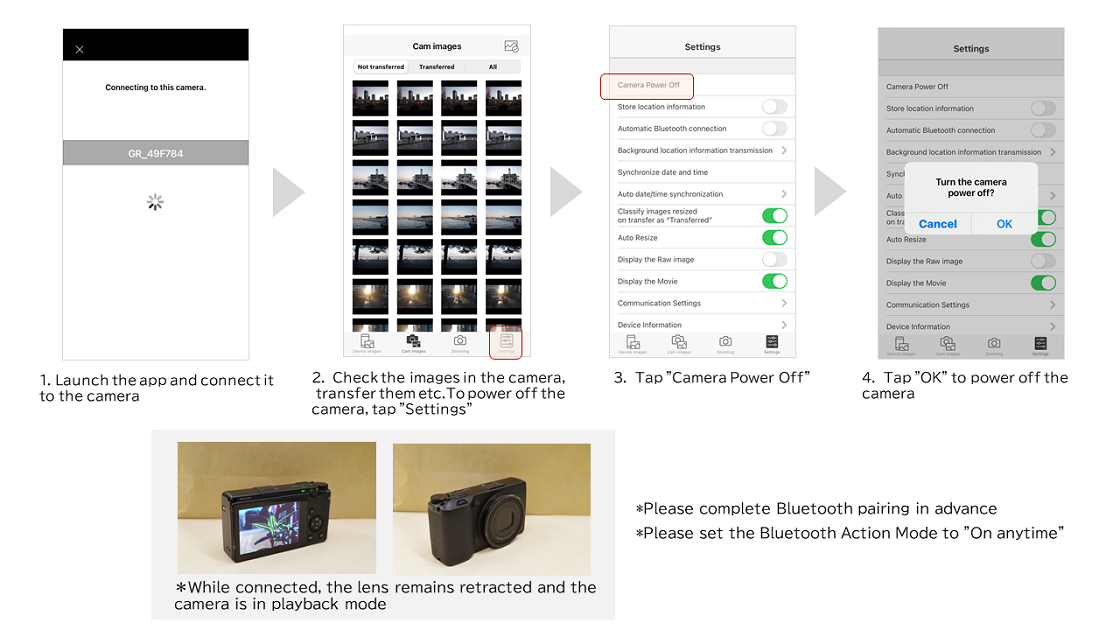 The power-off function of ImageSync is available by updating the ImageSync version to V2.1.15.

For example, you can transfer images on a crowded train without taking the camera out, making it much easier to use.

The new firmware has been developed with the idea of making everyday use a little easier and photography a little more enjoyable.

We believe that all GR users, not just Diary Edition users, will enjoy this firmware. Update the firmware to update your photographic life.

In addition to the Ricoh GR III Diary Edition Special Limited Kit available today, we plan to release a separate model (the Diary Edition camera without the special strap and case) around spring.


*For details on the release date and availability of the RICOH GR III Diary Edition Special Limited Kit, please refer to the release.