In the GR series, in addition to the functions used for shooting, there are many functions to adjust the finish of the captured images.

In particular, in the latest firmware of the GR IIIx and GR III, when [Cropping] is selected from [Playback Settings] > [Image Edit], the following functions are available
- The aspect ratio of 4:3 or 16:9 can now be selected by pressing the ADJ button.
- You can rotate the image using the DISP button and front dial.
We now have more functions than ever to help you create your own images.

However, with too many functions to choose from, many of you may be confused about which ones to use. If that's the case, why don't you consider approaching your favorite artists and their works as a model to follow?

In this article, I would like to introduce some photos that I took and tried to finish in the style of Saul Leiter, a very popular photographer and a pioneer of color snapshots. At the end of the article, you will find my recipes for RAW development and the images before cropping. Please take a look at them for reference.

So let's get started. 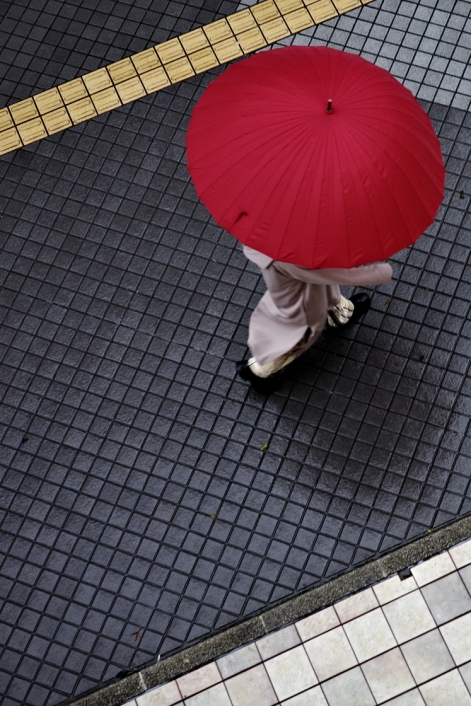 First, the familiar red umbrella. It's an item that symbolizes Saul Leiter's work.
I'd like to shoot a snowy picture from the same spot someday.

To tell the truth, since I was in a hurry to get my camera ready, the composition of my original image was a bit disappointing, as you can see at the end of this article.
I applied the image rotation function drastically when cropping.

Another characteristic of his photographs is the composition, using window frames and restaurant shades to divide the image into large sections.
Obstacles in the foreground that block the view give you the thrill of peeking at the subject and stimulate your imagination.

The scene across the street is reflected in the show window of the mannequin, which in turn is reflected in the window with the red pattern. I fixed the focus at infinity.
Front bokeh, complex reflections, and the use of red and yellow colors. What I would like you to pay most attention to is the person who appears behind the car.

Doesn't it look like “a picture that looks like there's nothing in it, but there's a mystery going on in the corner”?
(Don't tell me he's just returning a DVD by minivan!)

At a barber shop. The hat is probably hanging as an object. By the way, barbers appear in many of Saul Leiter's works.
I tried to reproduce the color tone of magenta-oriented reversal film.


That was my interpretation of Saul Leiter's style. I don't know how close I have managed to get to the work of the greatest street photographer of all time, but one thing I can say proudly is that I took these photos within walking distance of my home.

“I take photographs in my neighbourhood. I think that mysterious things happen in familiar places. We don’t always need to run to the other end of the world.”

At least I was able to faithfully reproduce this quote of the legendary New York photographer. 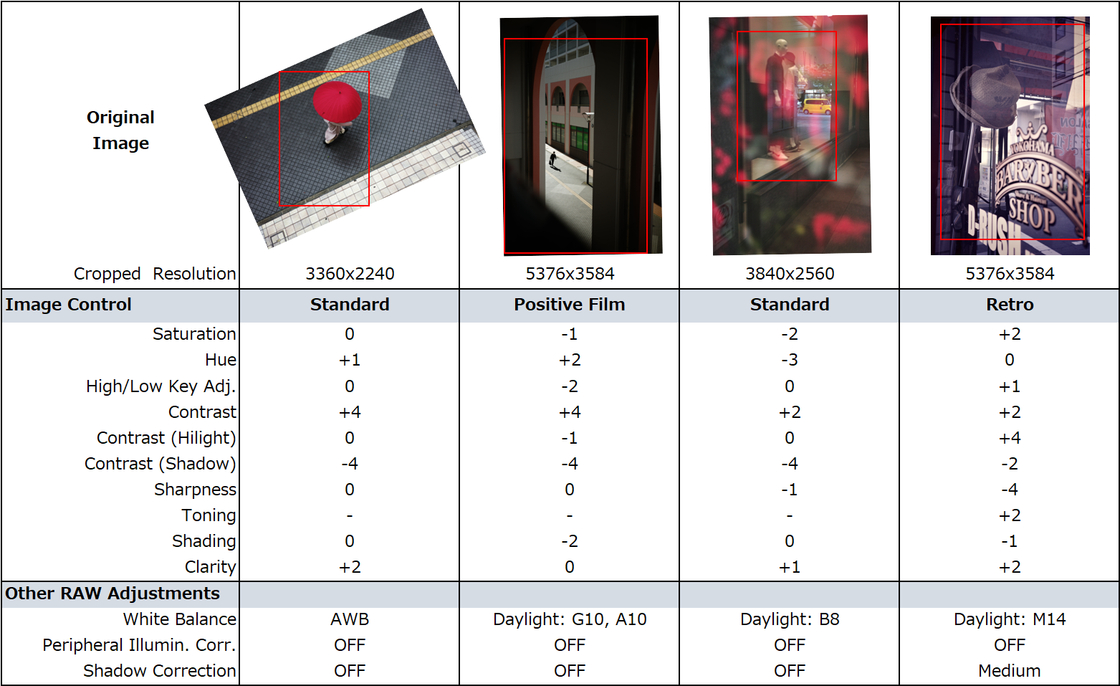