This is the fourth article of STAY HOME project, “Using GR in Your Room” by Mitsuo Suzuki.

This will be a good guide for making your own GR official header photo that we are currently accepting!

I take pictures as a profession, but I often take private pictures in my daily life. In my theory, sensitivity can be refined by having fascination and awareness in daily life. I always carry my GR with me so that I can take a picture immediately when I sense something in the sight or something comes to my mind.

By the way, they started accepting header photos for GR official site. So this time, by showing you my ‘views with GR,’ I would like to talk about where to shoot and how to choose light with the GR as a subject.

Although the emergency declaration has been lifted, we still have to refrain from moving across prefectures. So all the shots were taken in my private locations such as my home or my neighborhood.

Let's begin by cleaning the camera body. When you look at a picture of a black subject, you often find some dust or dirt that you don’t notice with your naked eye. So clean it with a cloth or blower before shooting. 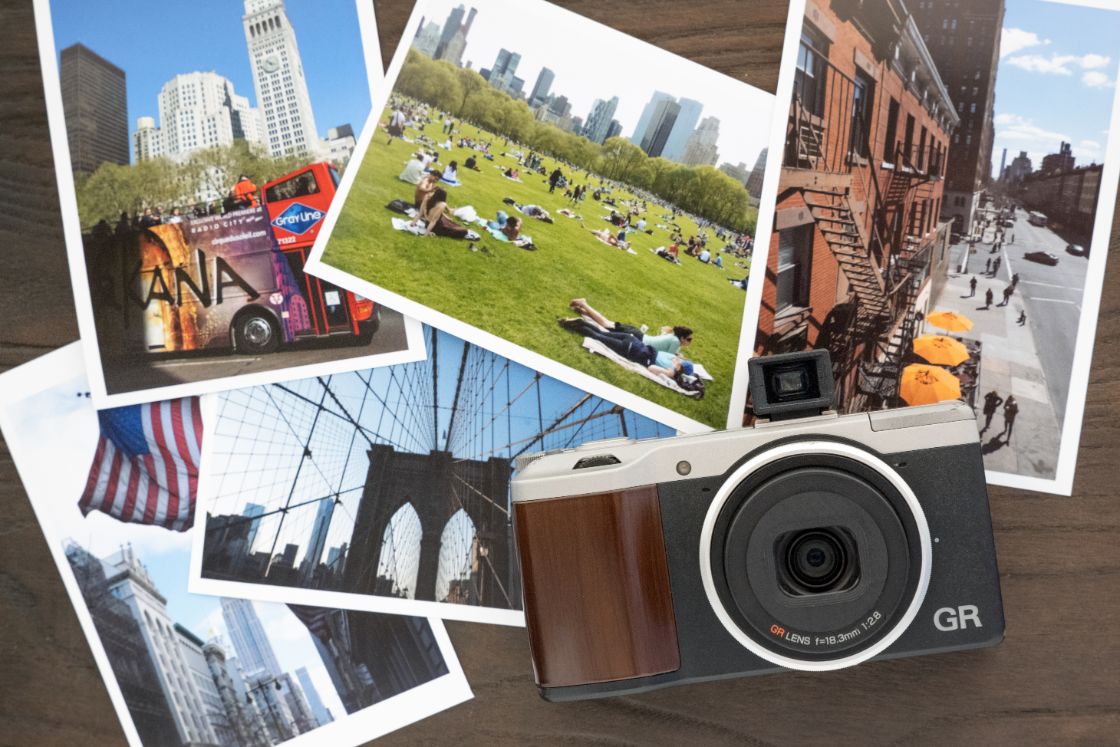 I enjoyed the mood of traveling by arranging photo prints of my trips and my GR. The GR has been customized with the silver top cover and ring cap and the wooden grip through Ricoh's customization service. 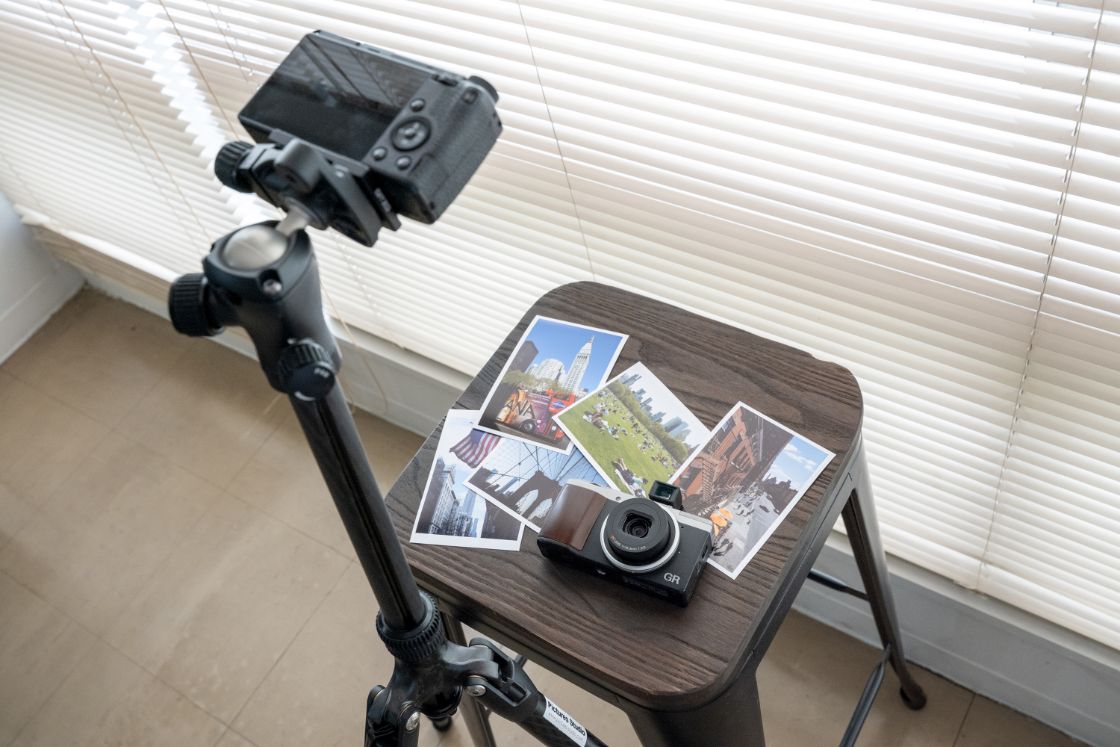 This is a so-called table photo setting, in which I put a table in bright light by the window, lay out the GR and photos as the subjects on it, and set the camera directly above.

In the case of a camera angle directly above or at an angle, make sure that the photographer stand against the window and shoot in backlit or oblique light. Turn off the indoor lighting and shoot only with natural light from the window.

By shooting with soft light on a cloudy day, you can clearly picture the shape and texture of the GR body. In case of direct sunlight on a sunny day, use a lace curtain or putting a thin white cloth on the window to turn it into soft light. 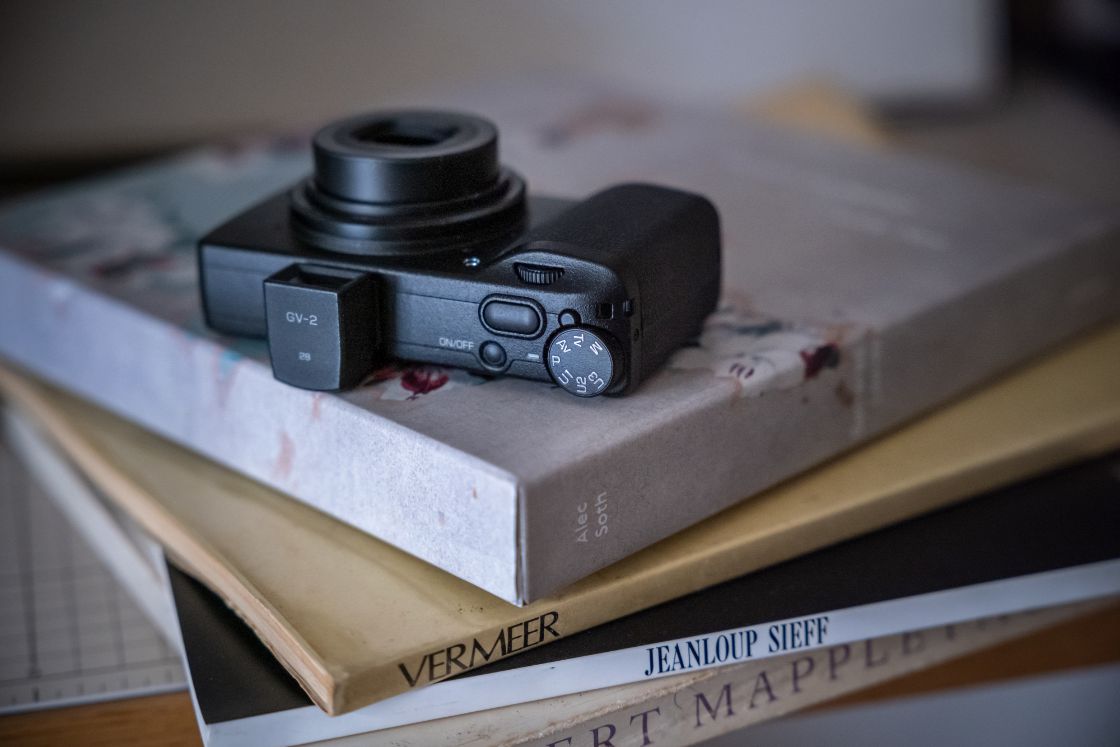 The GR is placed on photobooks and artbooks stacked on a desk. There is a window on the left side of the desk, and the light comes from that side (side light). Soft light is created by placing the desk about 3 meters away from the window.

I placed the GR on a wall displaying dried flowers gorgeously. The shadow is emphasized by the contrast between light and dark, and adds some strength to the image.

In case you don’t have much natural light from the windows, use lighting equipment. Avoid using built-in lighting in the room for better quality. 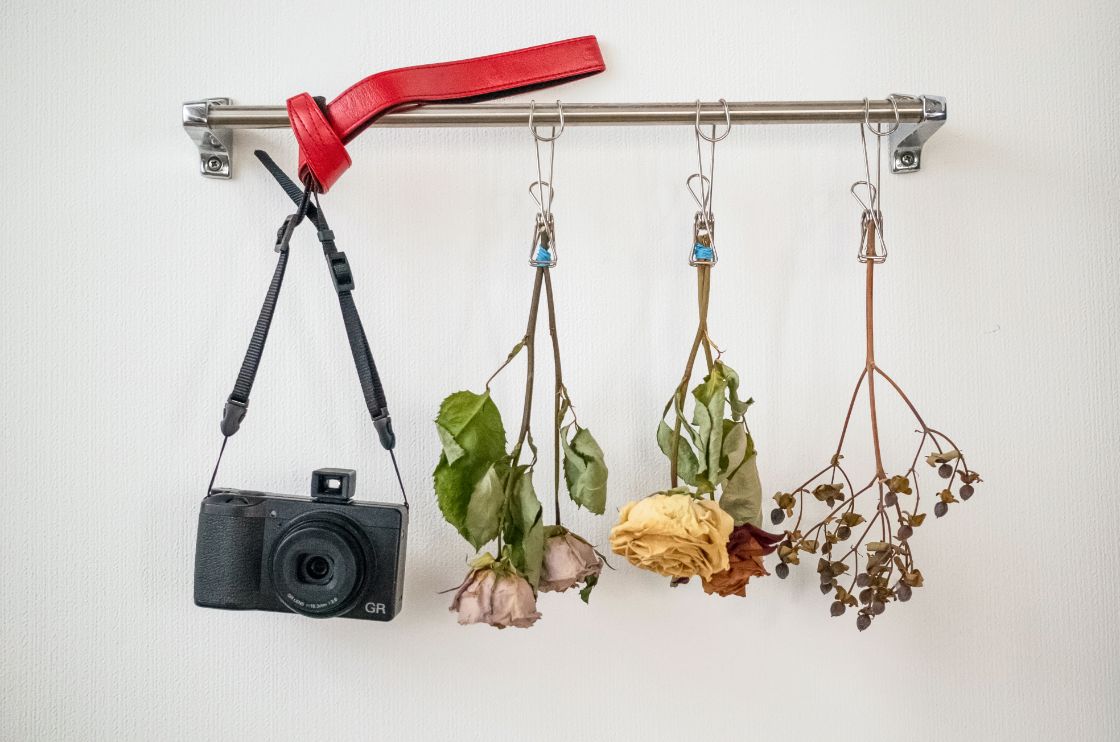 Point the light in the direction opposite to the subject and shoot with the light reflected by the wall. The light is diffused over a wider area, giving it a soft impression with light shadows. You can control the impression as you desire by changing the light settings and controlling the light. 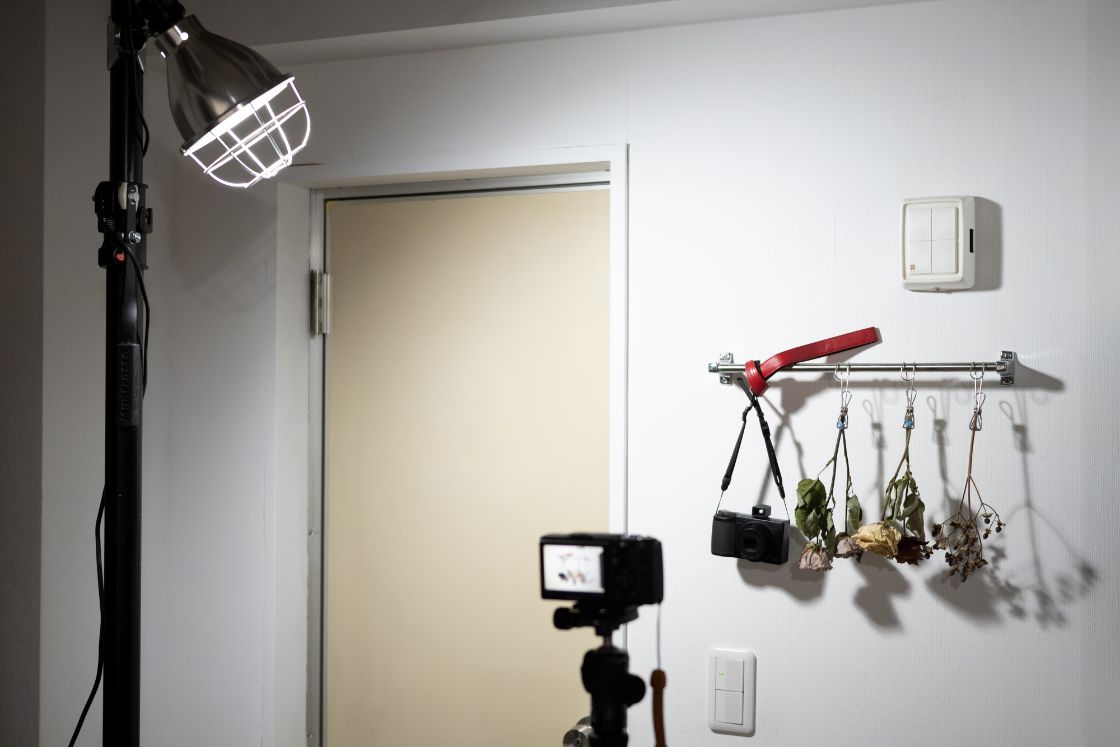 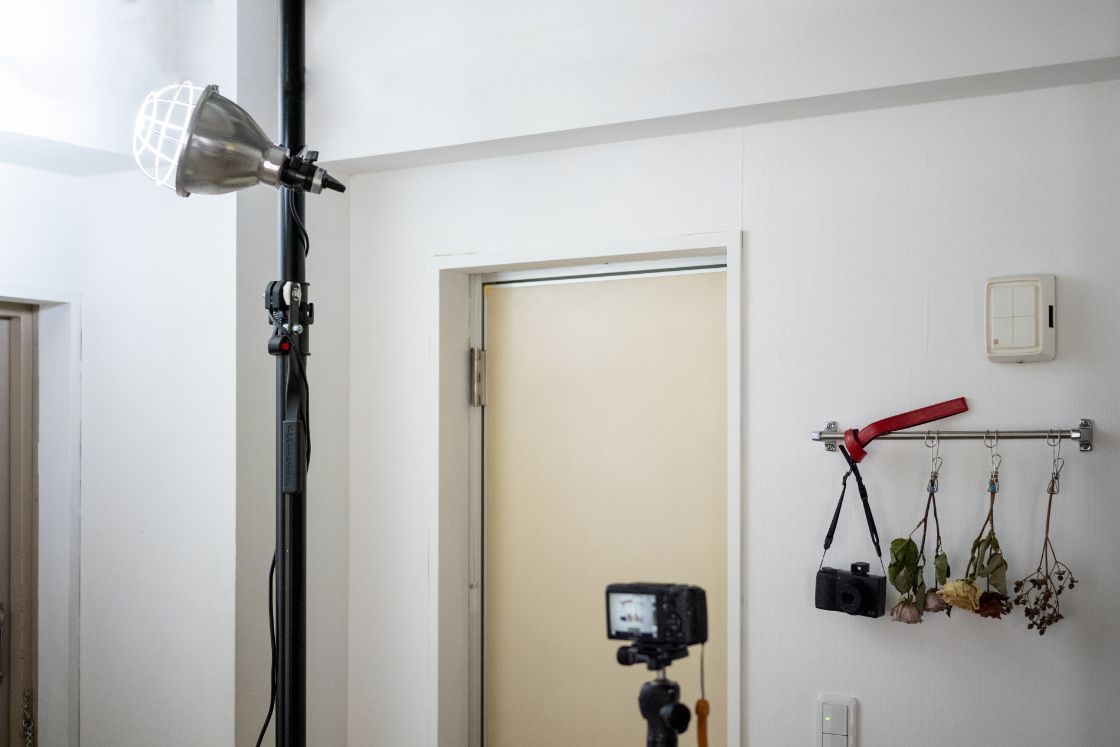 For the lighting, I used the clip light purchased at a DIY shop. By directing the light toward the wall and diffusing it, the shadow becomes lighter, creating a natural atmosphere. Reflecting the light on the wall will reduce the amount of light considerably, so you might want to prevent camera shake by using a tripod or setting the ISO at a high rate.

A white or gray wall is suitable for reflecting light. It is difficult to reflect it on a dark or black wall. A colored wall affects the color of reflected light. You might have to place white paper on the wall in those cases.

I placed my GR on the root of a tree in the neighborhood park. The soft light of the cloudy day gives it a mellow impression. The limited blue ring and the moss color harmonize with one another. 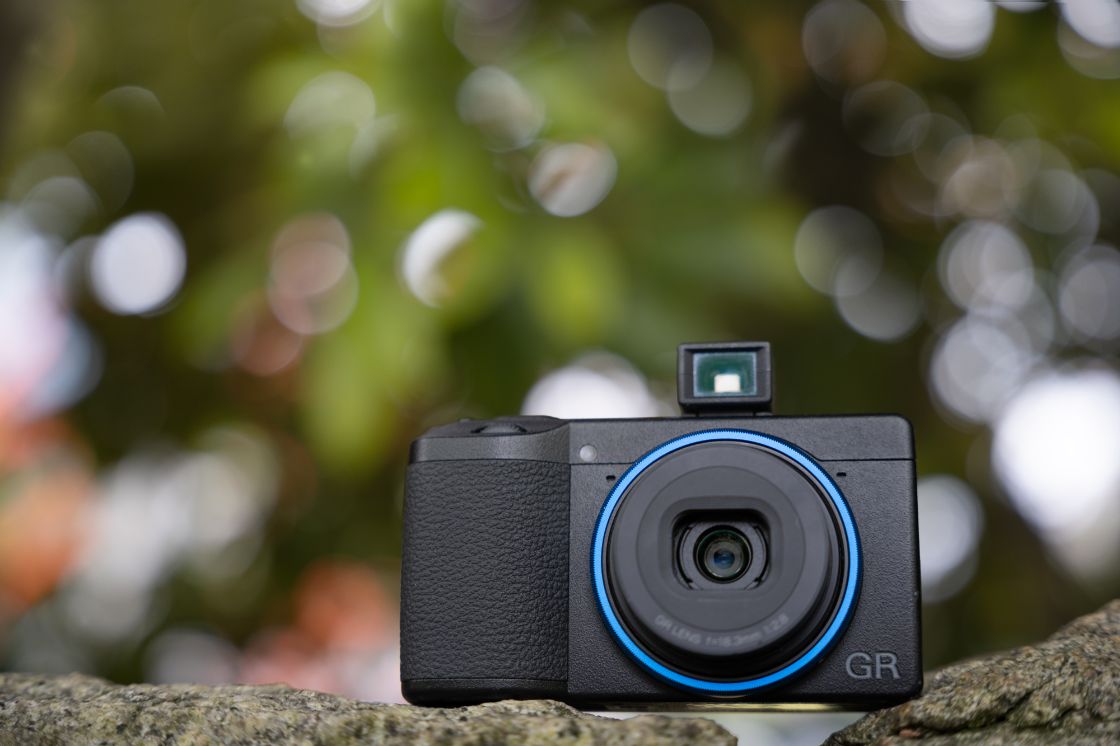 Shooting against the light through leaves with bokeh makes a fantastical impression.


Choosing the right light is as important as choosing the right place to shoot. The light conditions change depending on the weather and the time of day. So when you find the place, choose the light and enjoy shooting.


Mitsuo Suzuki
Inspired by painters of the 17th century, Suzuki studied oil painting and drawing, and later became interested in photography. After graduating from Tokyo College of Photography in 1988, he worked in a photography office and became independent in 1995. In 2006, he moved to Malaysia and worked in such fields as advertisement, portrait, beauty, fashion, and editorial in Malaysia and Singapore. Since 2000, he has also been working as a writer, and has presented many works globally. In October 2010, he returned to Japan and again based in Tokyo. In charge of the GR DIGITAL IV’s catalog photos and the official sample photos of the GR II, GR III.
https://www.mitsuosuzuki.net/