Hello, this is Minew.
How are you?

I love dinosaurs so much that I have been to Mongolia to excavate the fossils. This summer, I went to the National Science Museum to see "Dinosaur Expo 2019" with my son who wanted to research dinosaurs as a part of his summer project. 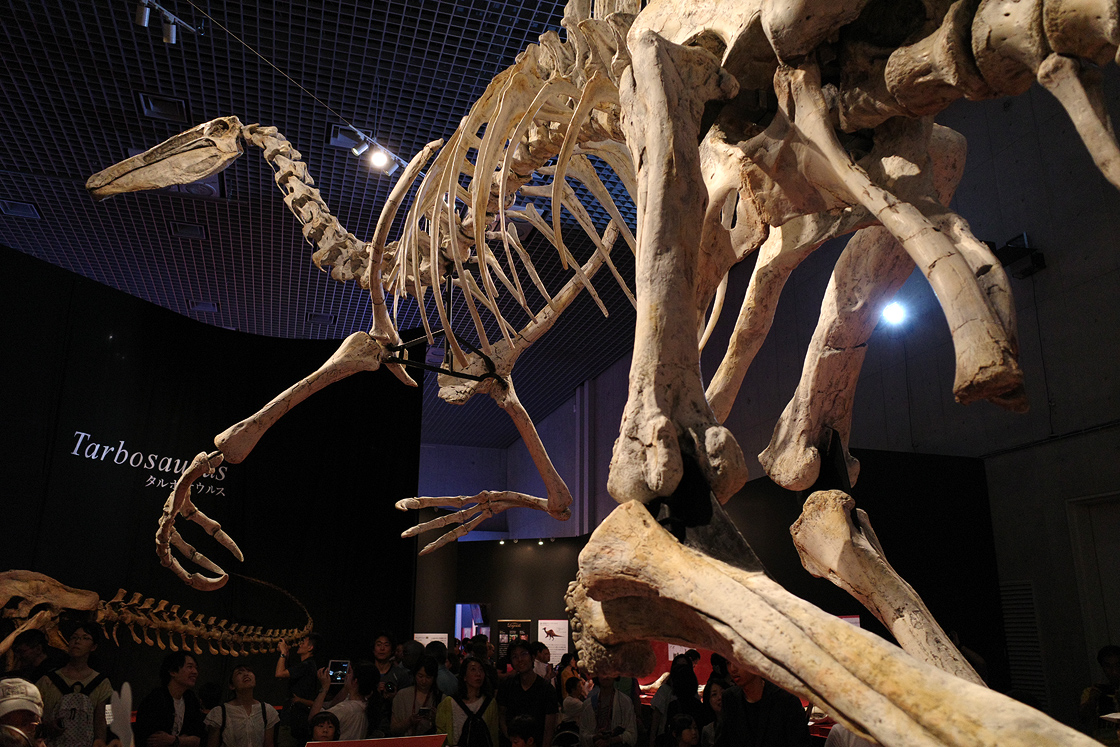 This year, there were two major exhibitions. One of them was a mysterious dinosaur with huge arms "Deinocheirus" excavated in the Gobi Desert. The other was a new species dinosaur "Kamuysaurus (Mukawa Dragon)" whose fossils for whole body have been found in Hokkaido. Both were restored and it was the world premiere! 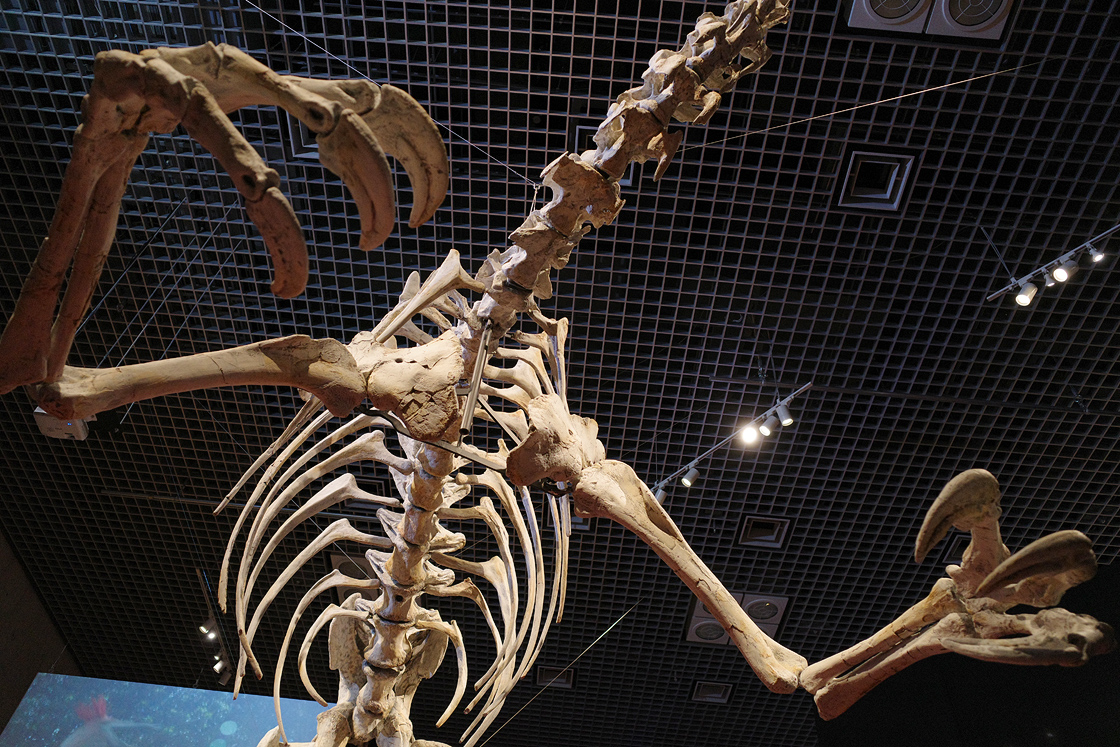 Look at these big ferocious looking arms and claws. Only the arms were discovered more than 50 years ago, and the figure of the whole body remained mysterious until recently. Through numerous discoveries, you can see it now. How romantic!

Oops, when it comes to dinosaurs, I get too excited. I have to talk about photos now. You are allowed to take photos at many dinosaur exhibits (but be careful with rules for monopod, tripod, selfie stick, and flashlight). The venue was dark with spotlights on the white fossils.

In such a condition, the "Center-weighted" metering mode that I normally use may lead to making bright areas too bright. I would instead recommend the "Highlight-weighted" installed in the GR III.

The manual says "Meters exposure in multiple areas of the frame with emphasis on the bright areas." In other words, the camera adjusts the brightness in order for the spotlighted area to look just right. 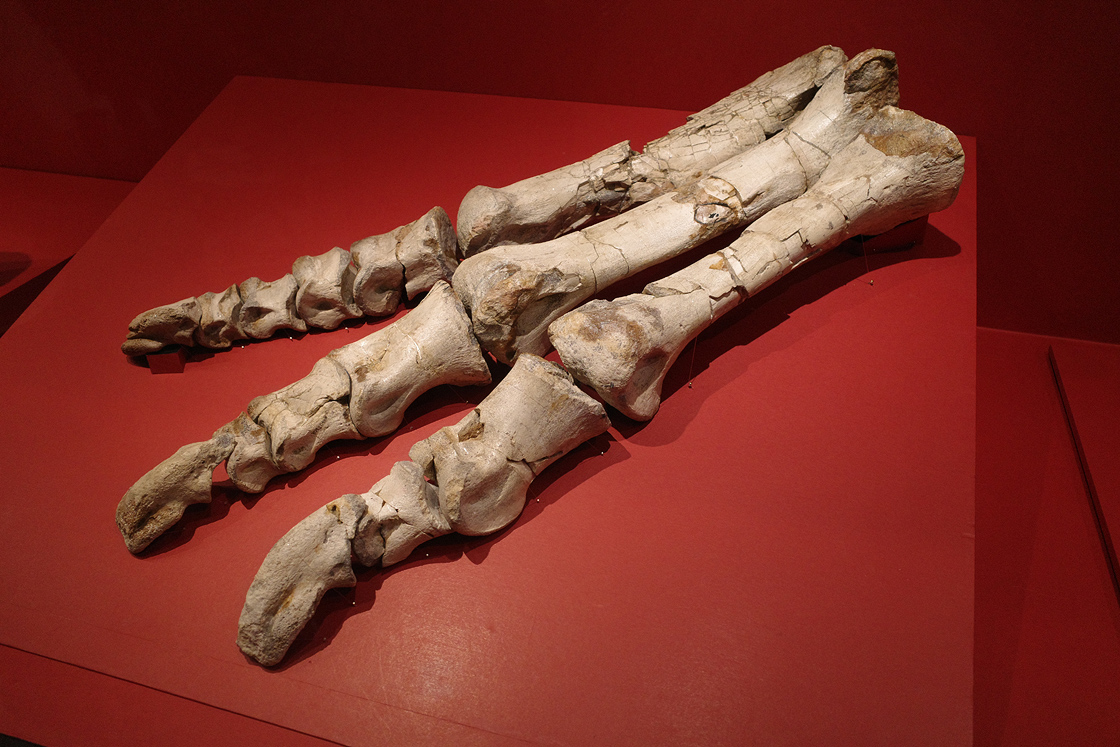 Based on this, I adjust the exposure compensation and ISO sensitivity so that the main fossil can be seen well, without blur, and with minimum noise. I was able to photograph hand-held with the fixed ISO rate at 1600 and the shutter speed at 1/60. I find it easier to shoot with the GR III in such an environment than the previous models because of the enhanced high-sensitivity image quality and the shake reduction. It is also easy to use it in a crowded place because its compact body gives you more freedom.

A cool picture of "Kamuysaurus!" 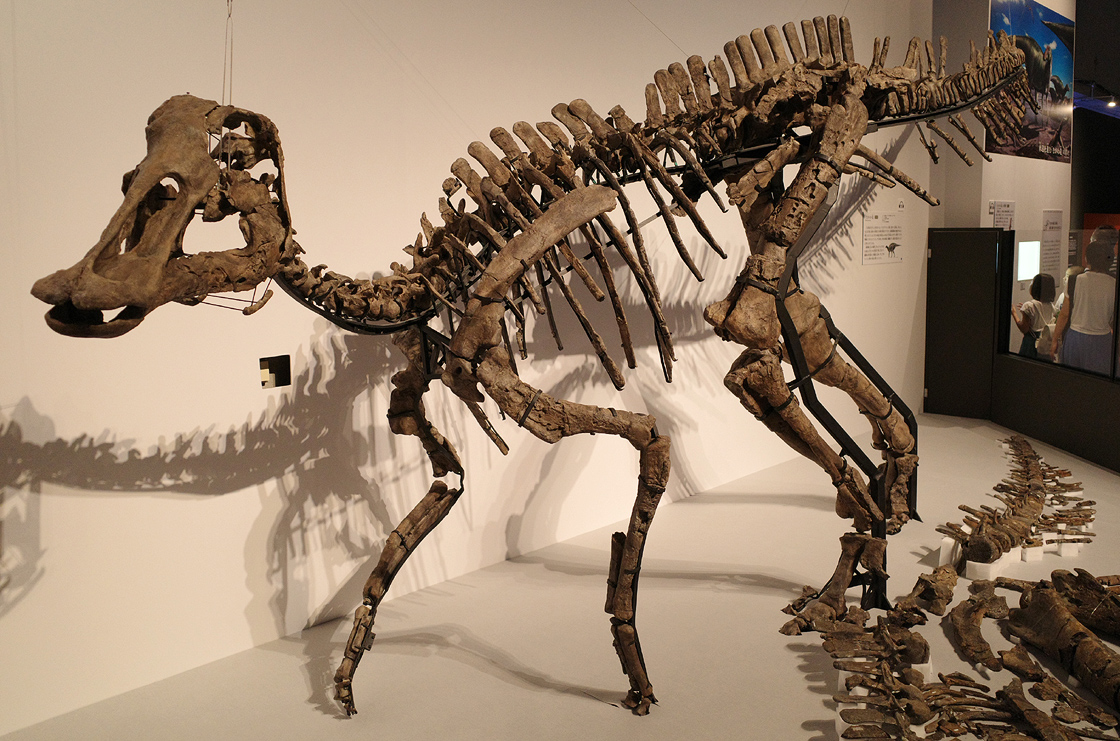 Enjoy photographing dinosaurs if you have a chance.