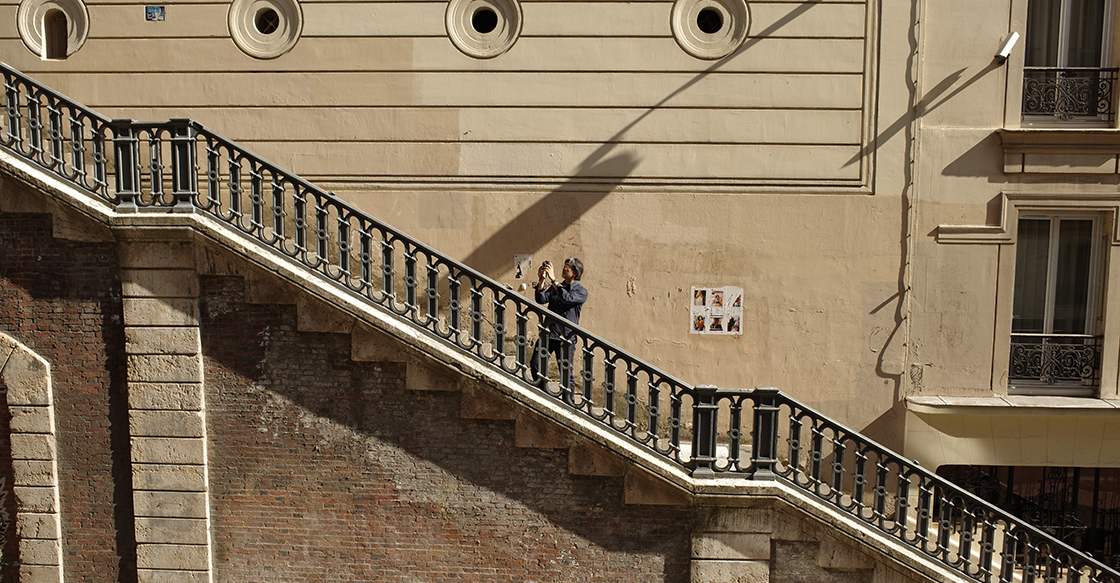 Hi, it’s Machuko@- the admin.
The second special content is an interview between Ichigo Sugawara, who took the GR III’s catalog images in Paris, and NOGUCHI, who was with him during the location shooting.

On a sunny day in mid March, the interview took place at a cafe with Paris-like atmosphere in Tokyo. They started out with glasses of diabolo menthe (peppermint soda), which they drank several times during their stay in Paris.

Diabolo menthe. Mixed taste of bittersweetness and a refreshing feeling (looks like melon soda though).

NOGUCHI: You took a lot. Every day from early morning to late at night. The time went by so fast.
ICHIGO: I certainly took a lot. But it was fun.

NOGUCHI: Actually, I had some specific plan about the catalog of the GR III from the beginning. I have always been skeptical about decorative phrases that can be used for any camera, such as "for priceless moments", "inspiring”, or “get real." I wanted to challenge it with you.
ICHIGO: I never thought about working for a camera catalog. When I heard the story from you, I thought it was worth trying.

NOGUCHI: What made you decide on Paris? I knew you had lived in Paris when you were young.
ICHIGO: I was not only interested in taking photos of Paris again, where I found the entrance to photography, but also confident that I could convey something by searching for light in a city where art is a part of the life again.

NOGUCHI: You wrote in details about the catalog making on your blog. So I want to talk about something you didn’t mention there today (laughs).
ICHIGO: Yeah, that's right (laughs).

NOGUCHI: We went to Niepce, Giverny, the Louvre. The aquatic plant in one of the photos in the catalog is a stream flowing beside the lotus pond in Giverny.
ICHIGO: It was when I found the fluctuation with shutter speed of 1/15 seconds. I took quite a few photos at the edge of lotus pond with many tourists around me.

NOGUCHI: We were allowed to shoot in an old record shop we stopped by. We got along with a violin repairer when he was closing his shop.
ICHIGO: Meeting people wherever you go is a pleasure of traveling.

NOGUCHI: At the Louvre, we went straight to the Greek sculpture room. In other words, we didn’t see anything else (laughs).
ICHIGO: I would go see it often when I lived in Paris. The day light is beautiful there. It is very pleasing to look at sculptures for expression, not as symbol of authority, in a room with light from the window. 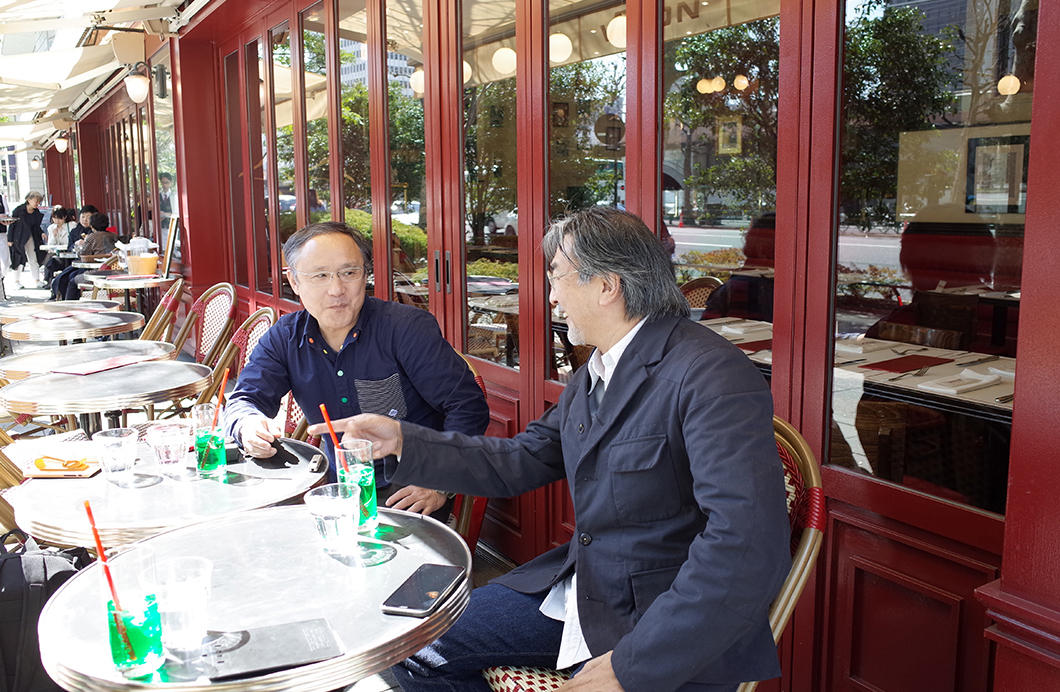 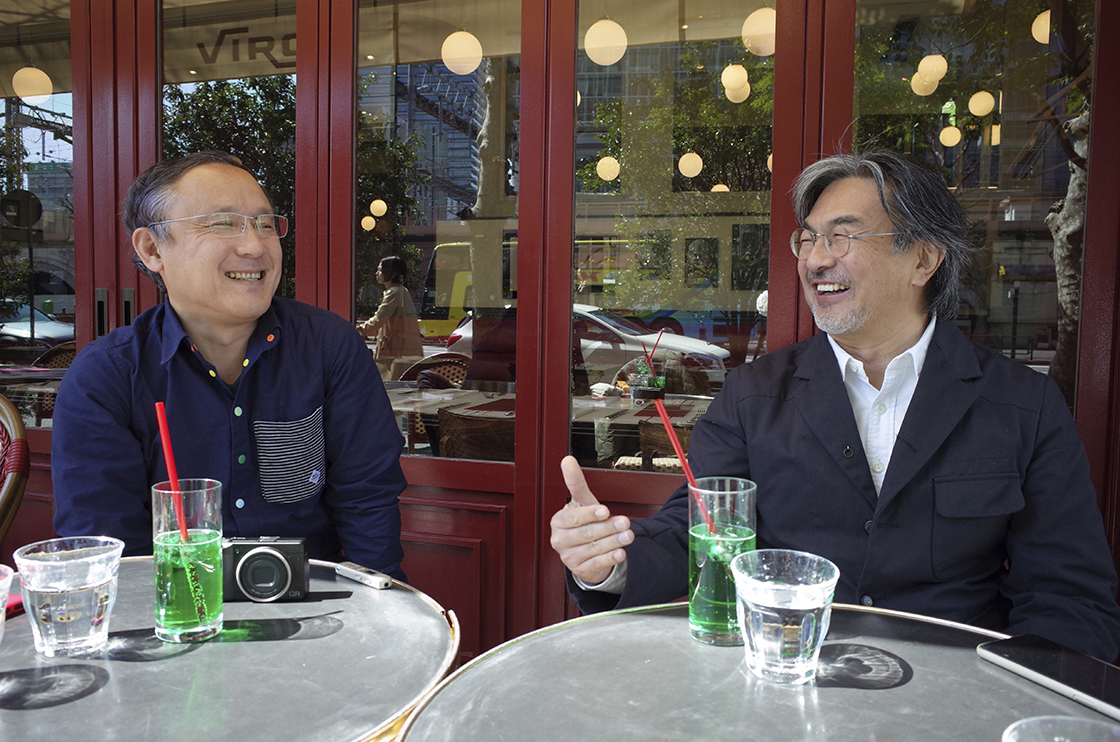 NOGUCHI: In terms of opportunities to photograph, we had a lot of coincidences and luck.
ICHIGO: To photograph is to find a coincidence. A photo is created when a coincidence becomes a necessity. I believe from my experience that coincidence and luck come to you as a result of your daily preparation. You must prepare for them by imagining.
NOGUCHI: Preparation.
ICHIGO: The preparation includes your interest in daily life in the society or curiosity for aesthetics. Of course, it includes your equipment to some extent. I think the GR was very suitable for our situation, where we were to search for something on the course of shooting.

NOGUCHI: There were too many coincidences, we couldn’t print them all in the catalog. Many of the wonderful pictures that were not in the catalog have been displayed in the exhibitions in Tokyo- including the repair man and Greek sculpture.
ICHIGO: I have always said photograph must be a form of print and this idea will probably not change. The pictures in Ricoh Imaging Gallery Ginza were printed by a printing company called Shashin Kosha on their new fiber paper for digital image through the darkroom process where they developed them like conventional silver gelatine photographs. The fusion between digital and analog makes the rich black tone. I always thought that you could only do so much about digital printing. Maybe it sound too dramatic but when I saw their print samples, I felt it would open up the new possibility of photography.
NOGUCHI: It’s amazing you as a photographer who loves prints said that. That’s why you call them digital gelatin silver prints, right?

ICHIGO: Speaking of it, I'm thinking of sending the picture to the ballet dancer I took photos of in Paris because the print came out really beautiful. When shooting, she might have been thinking “Are you gonna photograph me with such a small camera?”
NOGUCHI: That’ right. She looked confused at first.
ICHIGO: She must have been discouraged. But she will be surprised if she sees the print and finds out it was taken with that camera.
NOGUCHI: That’ll be great. She really should see it.

NOGUCHI: Back to the topic of catalog, everyone says it’s like a photo book.
ICHIGO: Photo book? Glad to hear that. Do they feel some kind of story like in a photo book by looking at my photos?
NOGUCHI: I think so. And they understand the reason why there are no words. I often hear comments like you need no words or impossible to find words for those photos. I'm very pleased if they know what we want to convey.
ICHIGO: I agree. I would like them to experience the power of print at the exhibitions as well.


Mr. Sugawara Photographing Paris- Behind the Scene~ photos by NOGUCHI 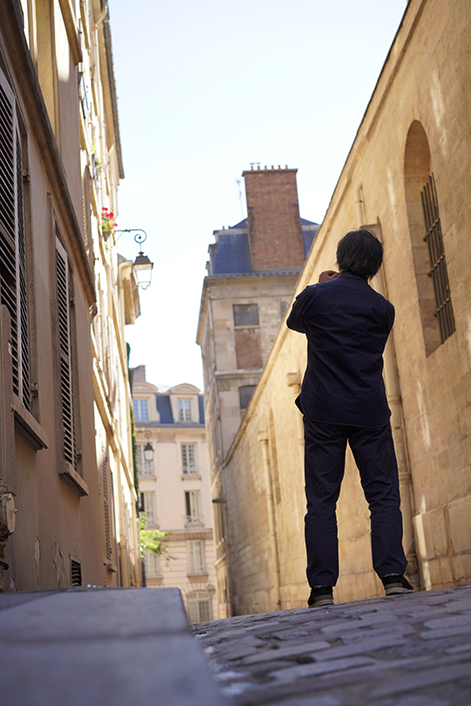 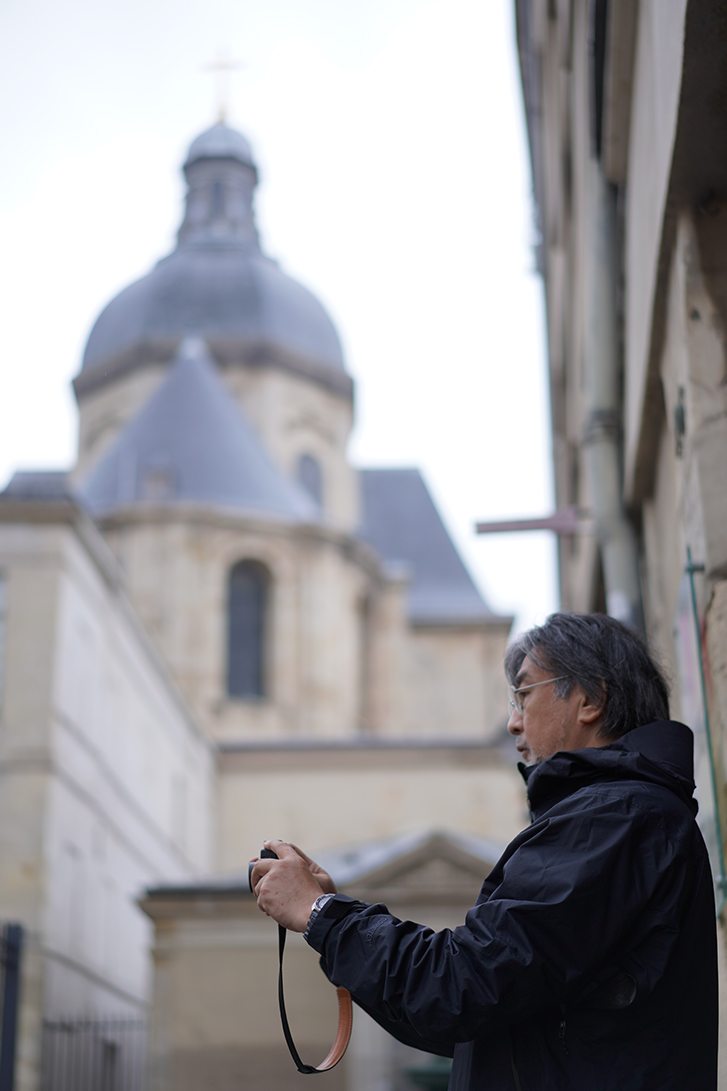 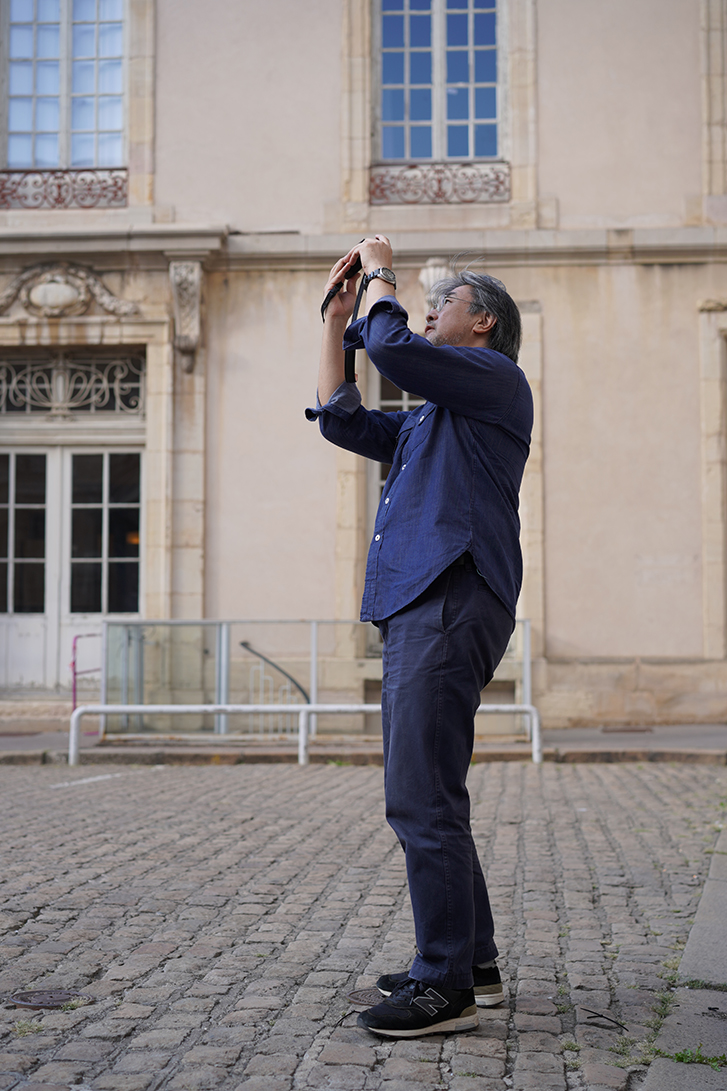 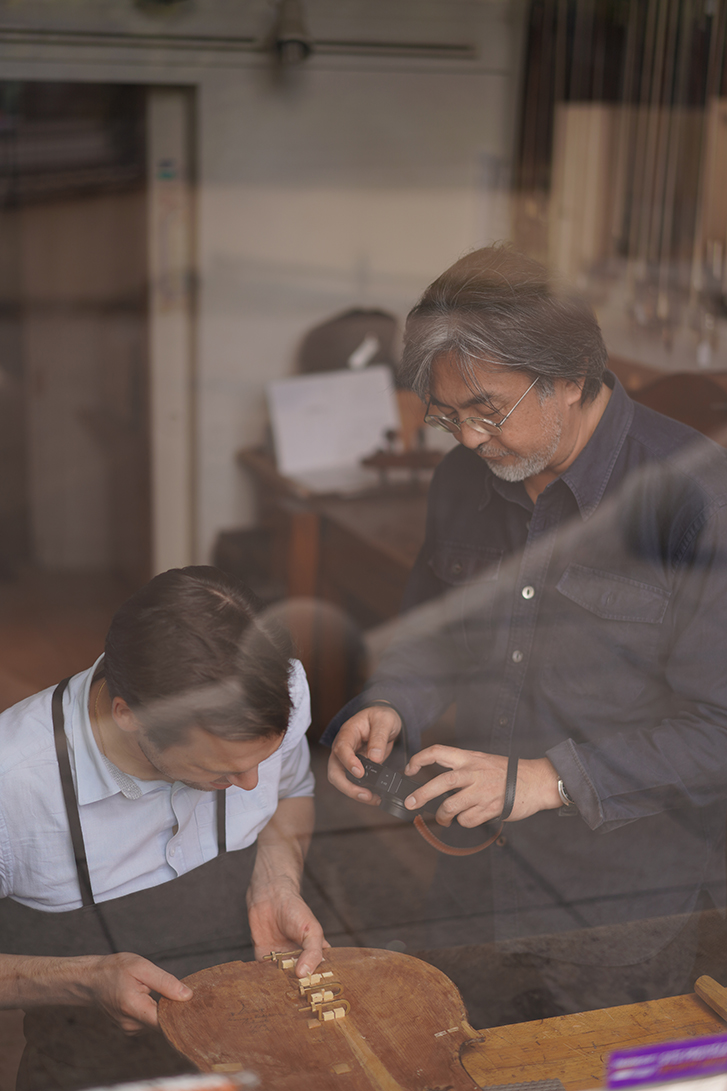 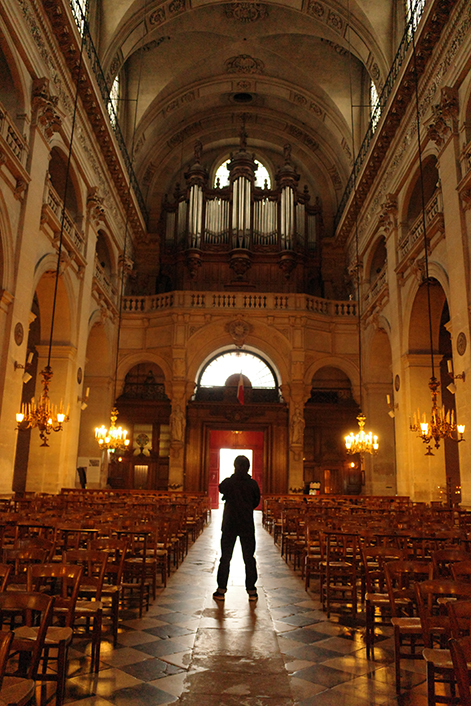 Church in a country town 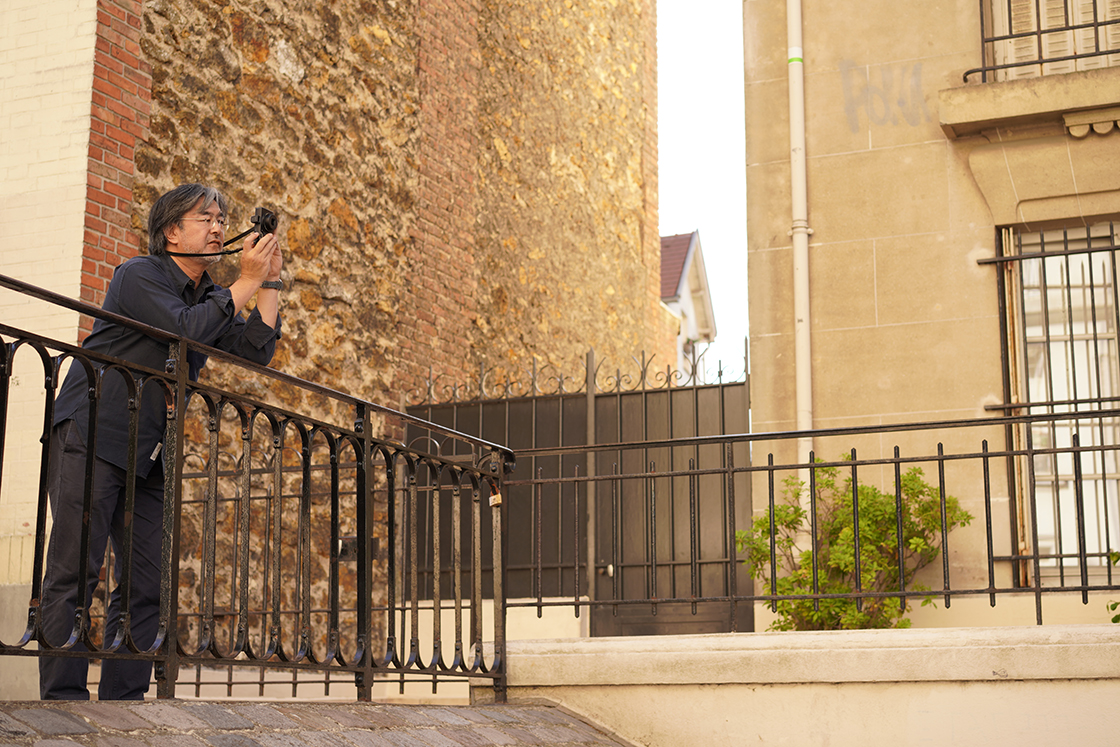 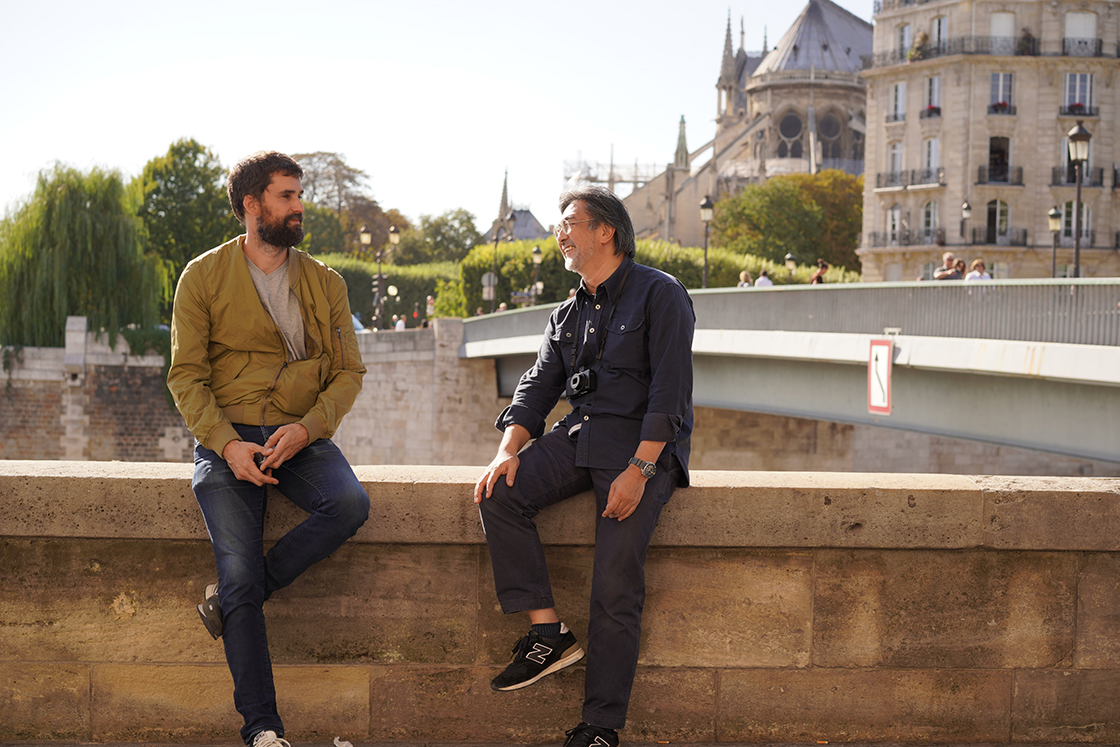 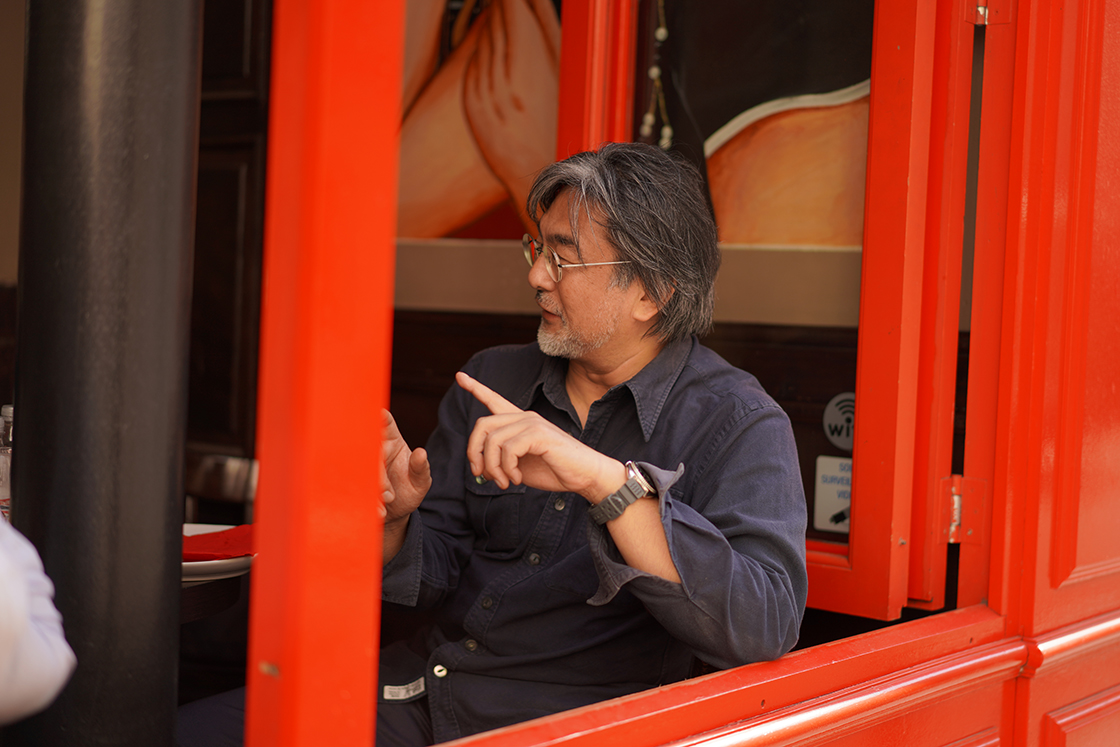 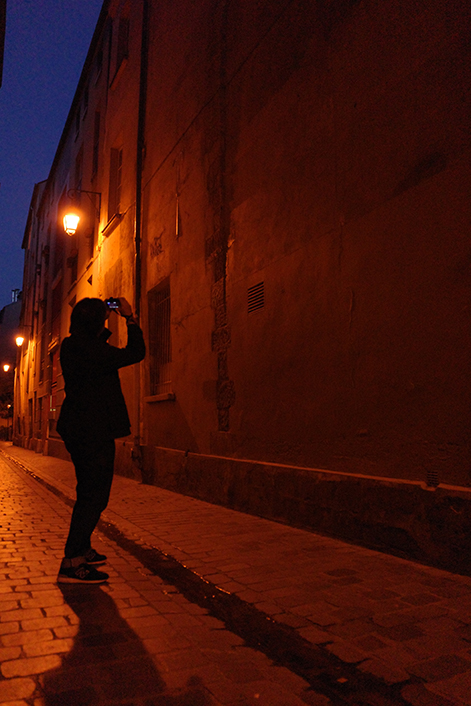 I was with Mr. SUGAWARA and NOGUCHI for the entire interview. It was very interesting. When Mr. Sugawara started to talk, I was absorbed in it because he would just talk about anything on his mind without hesitation (so many things I can’t write here!)

It was especially impressive that he said, "After all, there’s not much you can do by yourself." The reason why he always has good encounters with people and coincidences is probably because he has such humility and gratitude.

It’s black and white oriented in Ginza, color in Shinjuku. It’s worth seeing both.
They usually charge you at Ginza, but it is the first free of charge exhibition to be held there.

There are many photos you don’t see in the catalog or on the web. So don’t miss them! 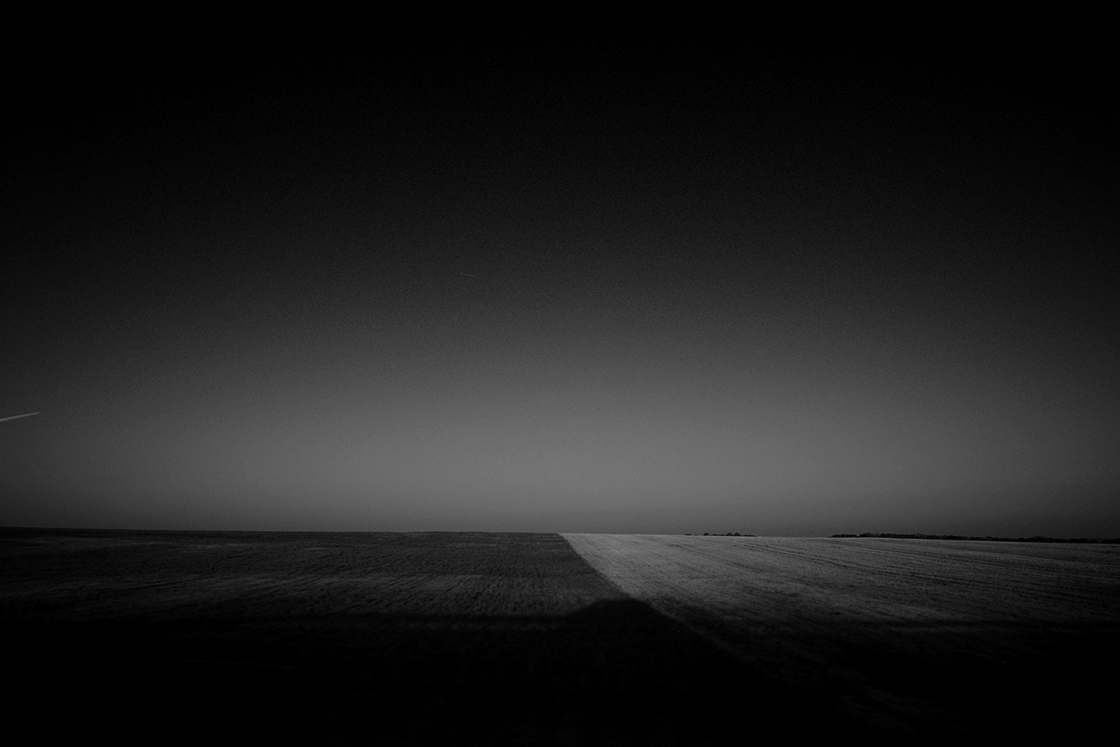 An image in Paris by Mr. Sugawara