The name of the group this time was "GR Hatoba-bu!"
They were seven GR lovers who had met at Hatoba School of Photography in Kobe.

It was originally scheduled at the end of September but was postponed due to the typhoon Trami. Although some members were unable to participate because of that (sorry!), we were blessed with weather on the day and enjoy photographing under the sunny autumn sky.

The second guest GRist was Ryo Ohwada.
Of course, we kept it secret until the day.

All the participating members came to welcome us at the nearest station. It was nice to watch them see Mr. Ohwada passing through the ticket gate at the station. Some screamed and others lost their words.


To our surprise, the main venue was the garden of the organizer's house. 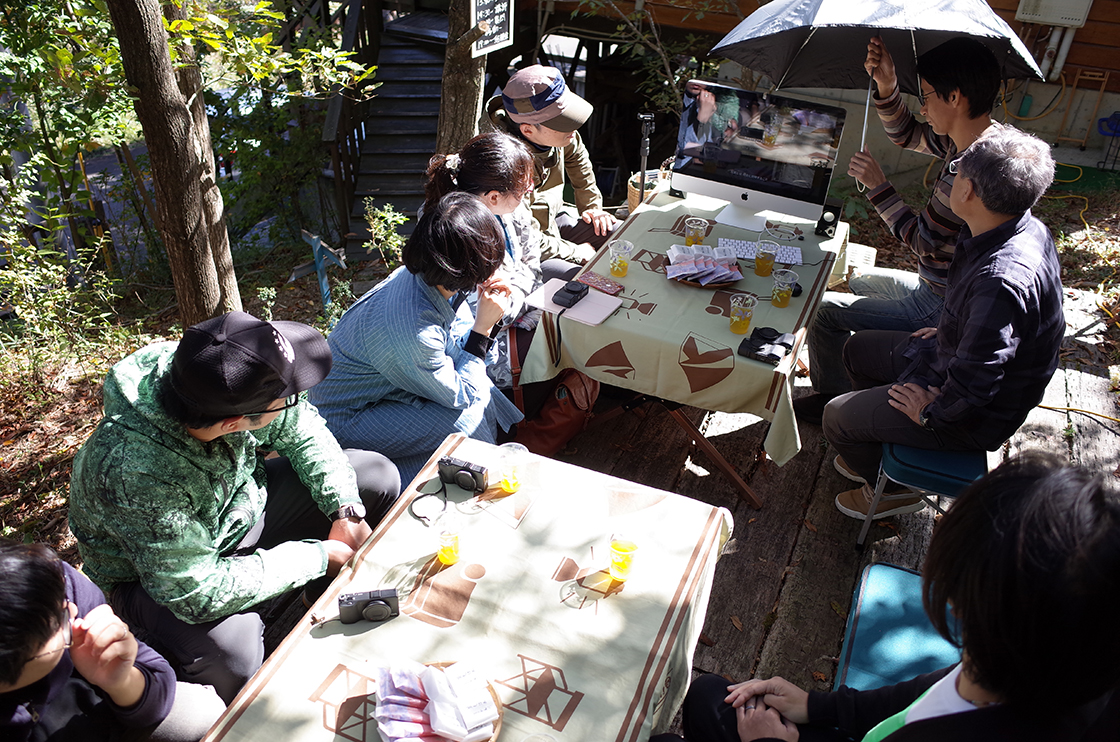 It was located in the mountain in Kanzaki County. We had the orientation at the beautiful house surrounded by trees in a peaceful atmosphere as if invited to a home party.
Since the sun was too bright and it was hard to see the screen, we enjoyed the unique outdoor experience- Mr. Ohwada shed the light with his umbrella, which could be also used as a reflector.

After the orientation, we headed towards a pond where the organizer goes to shoot often. We were walking as a group in the beginning but were gradually scattered as we found our subjects. 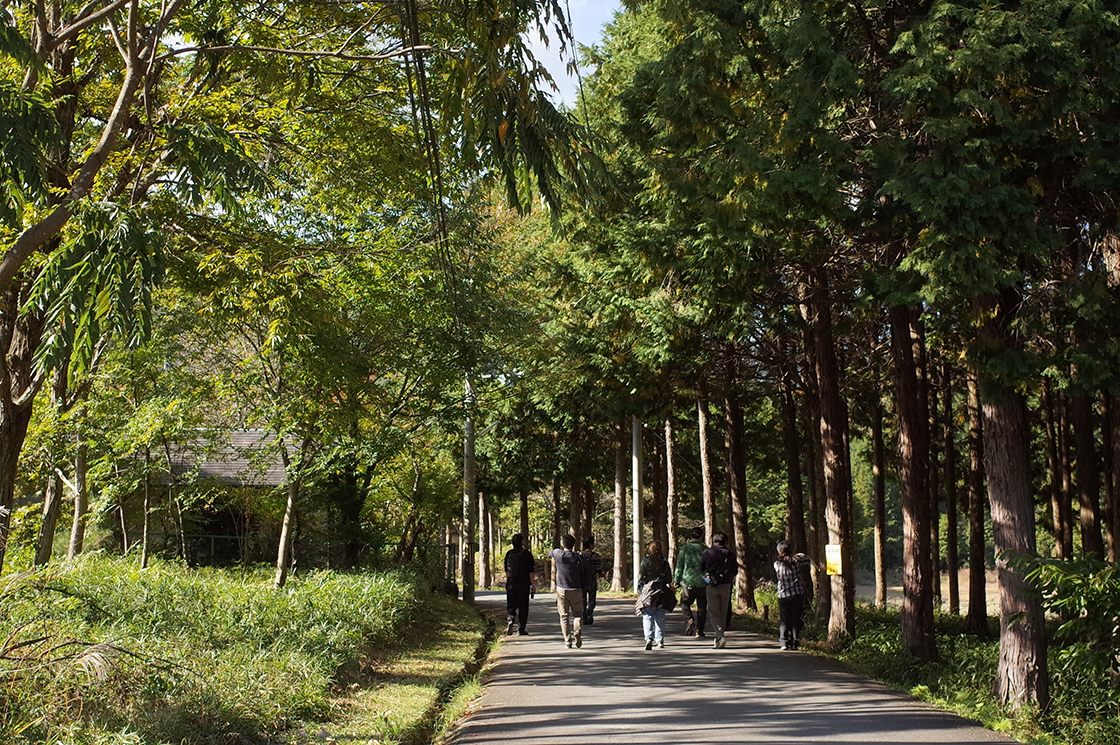 I chased after them and watched them taking pictures. They were good at capturing the light. 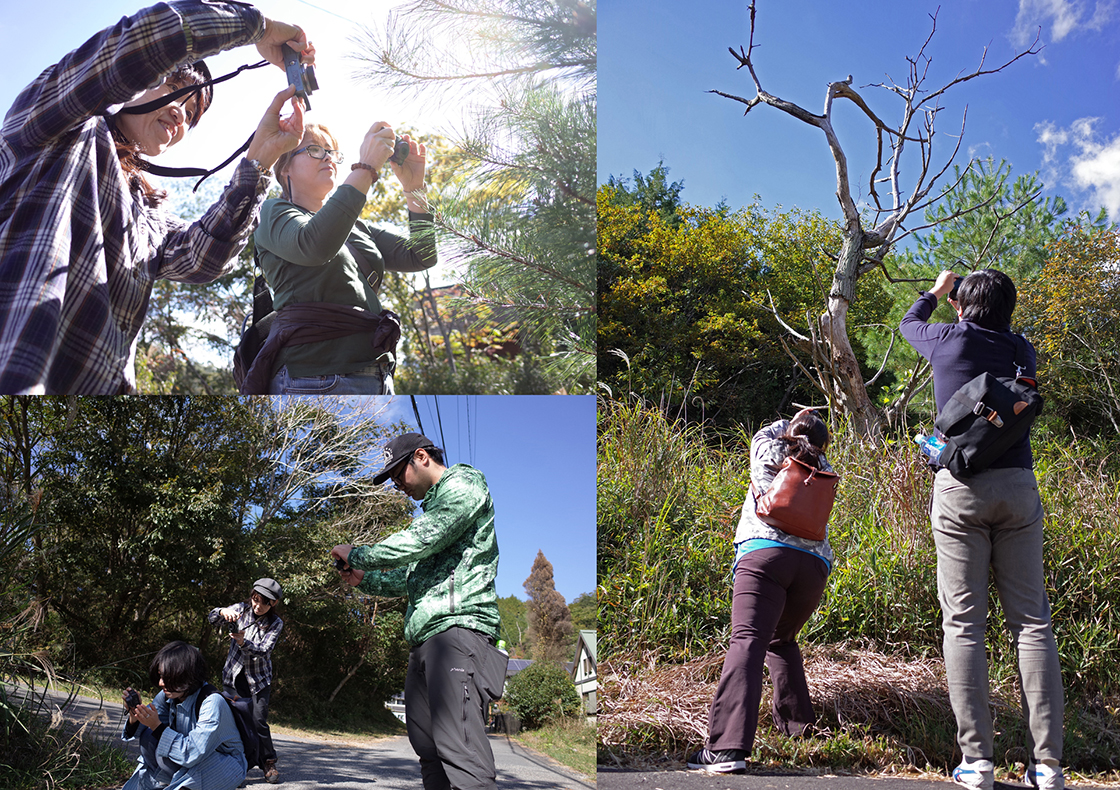 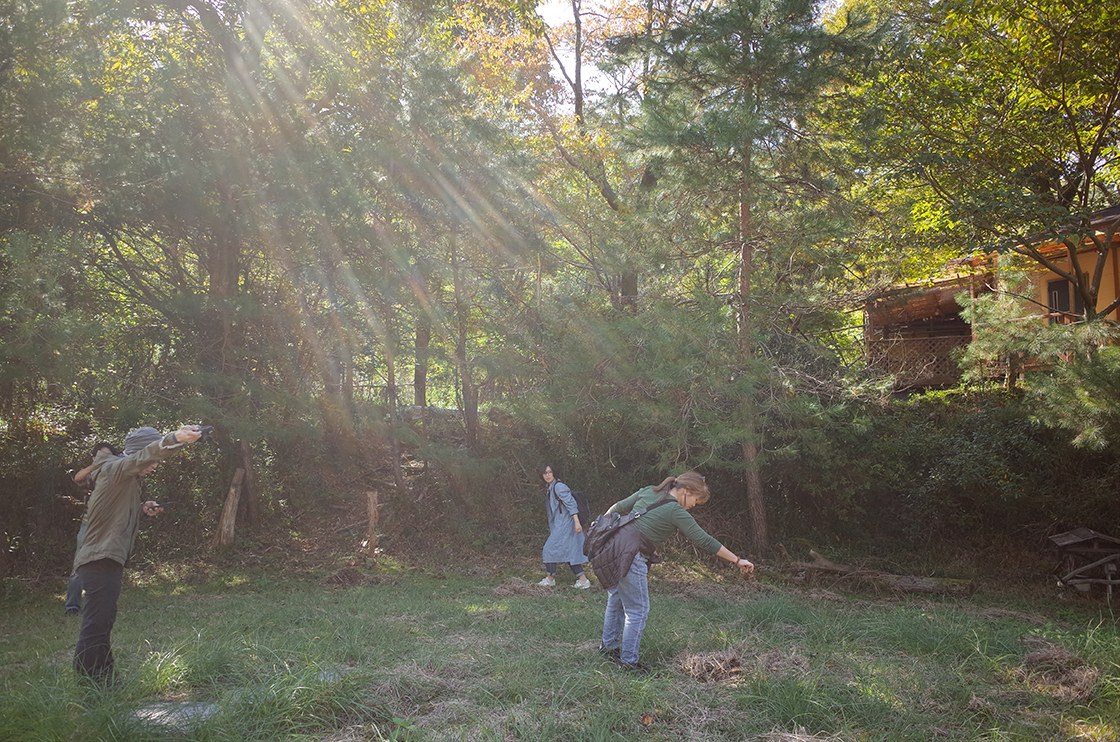 When they found the light they liked, they shot until they were satisfied.
Even in the ditch. 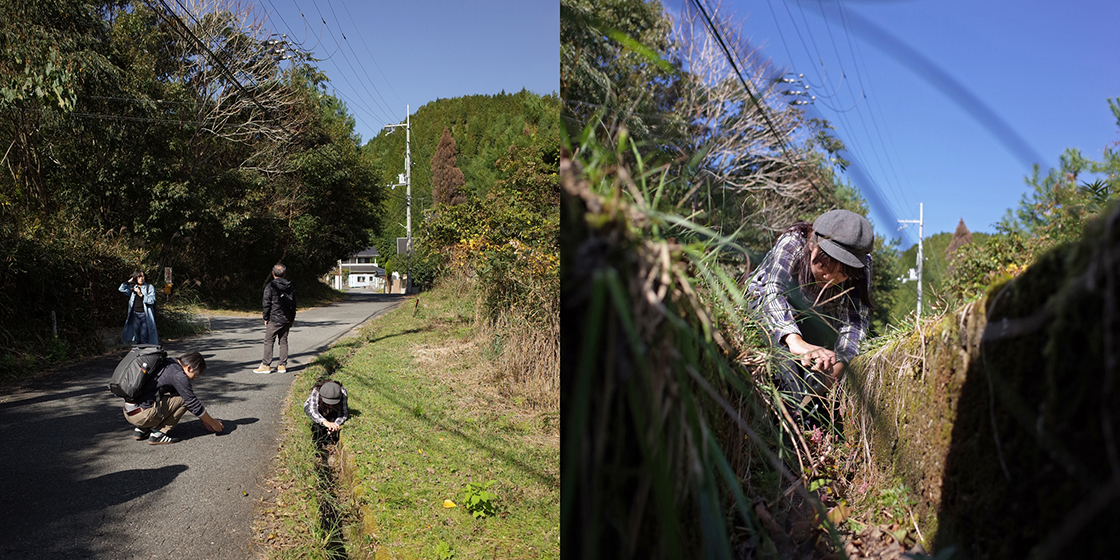 After walking in trees for a while, we arrived in an open space where we saw the pond and the mountains. 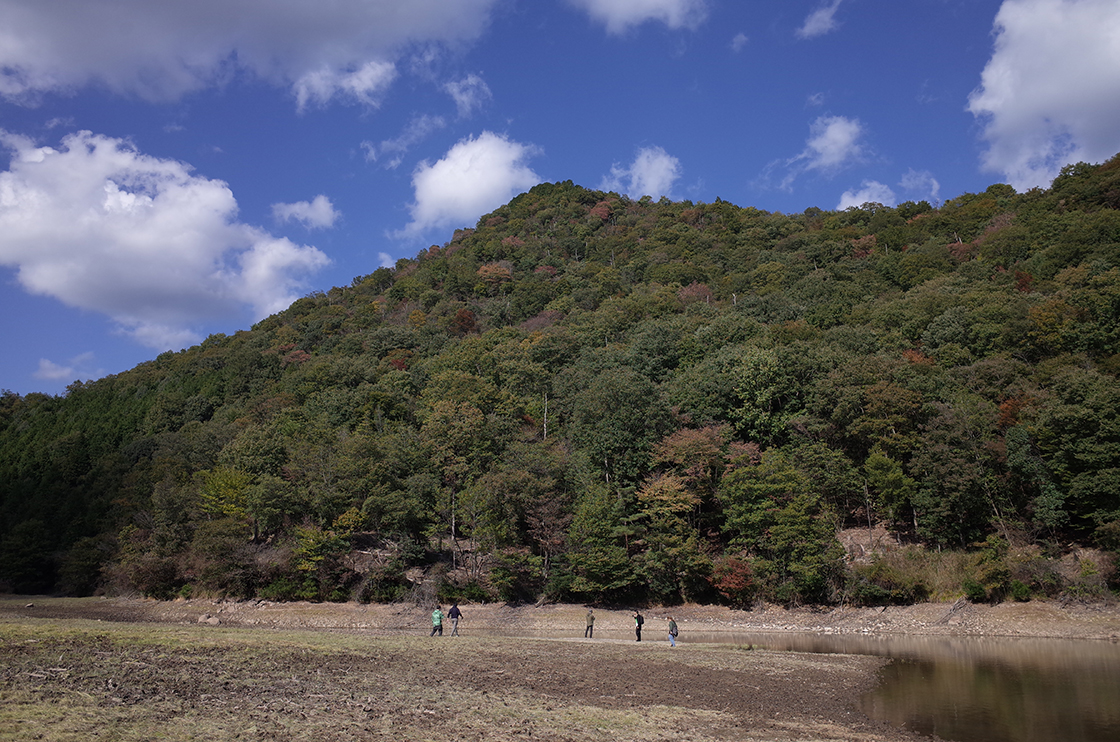 To prepare for winter, the water level of the pond was lowered, so we could go down to the bottom, which was usually under the water in other seasons.

It was like that under the feet! Very soft. As Mr. Ohwada was photogenic, everyone couldn’t help taking his photos. Here is one sneak shot. 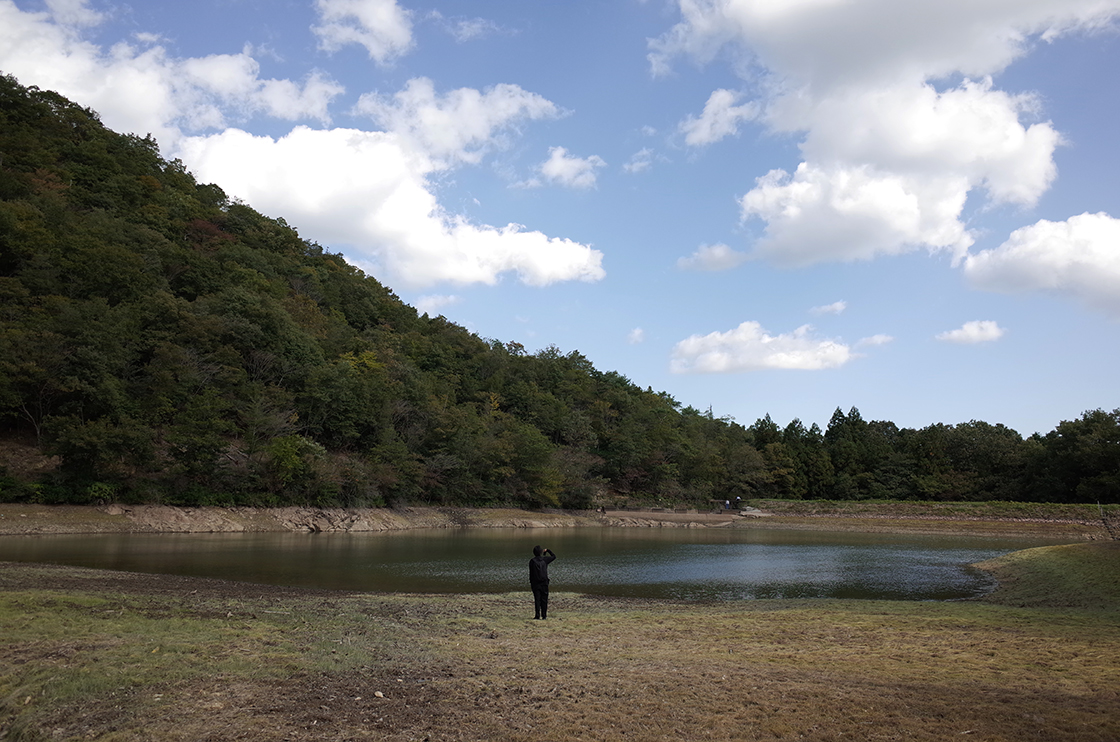 After the shoot out, we returned to the garden in the forest to have the review.

The words of Mr. Ohwada, who lectures at university, was very easy to understand and sharp. He read the intention and aim of the photographer in the photograph and commented precisely. 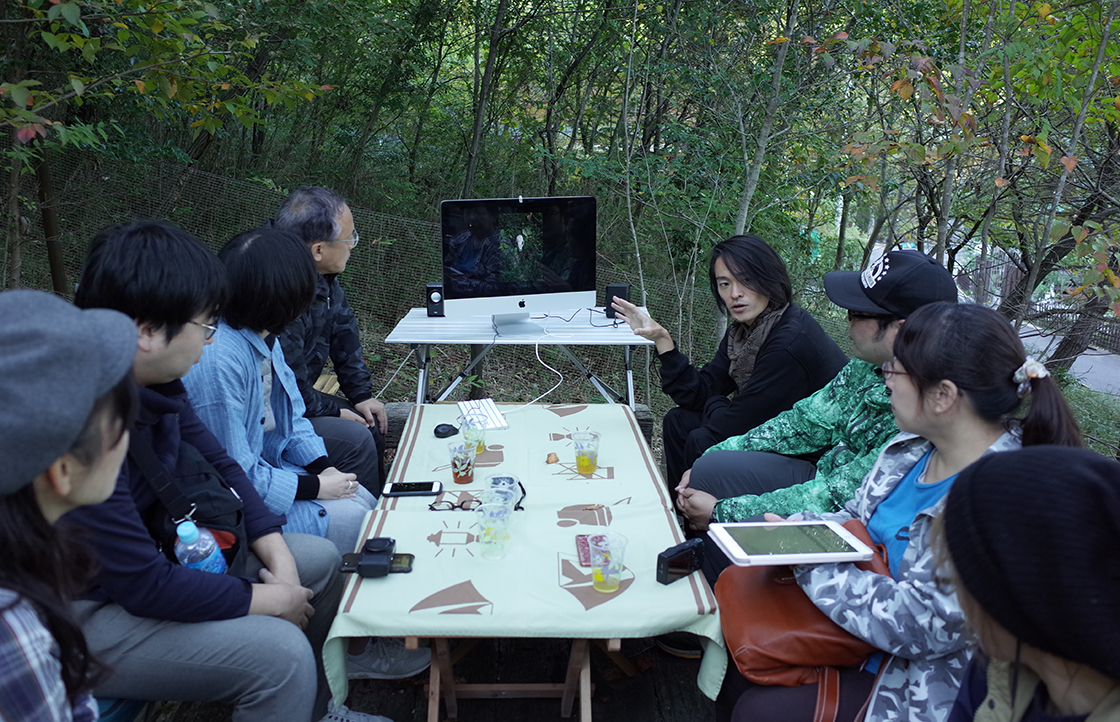 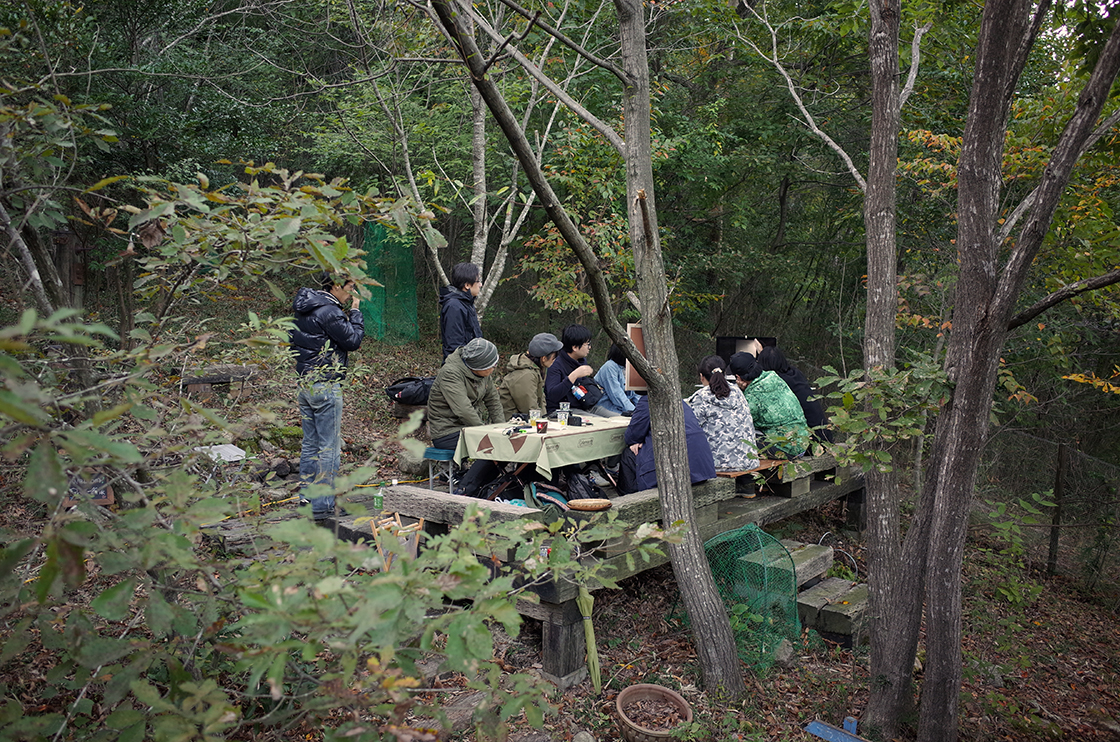 "This part is not functioning for what you want to express in the composition. You might want to exclude it."

"That could have been expressed by taking it from a little further this angle ."

The expressions that I was very impressed with were "this is functioning" and "this is not functioning". He refers not only to visible compositional parts but also characteristic expressions that can only be cleared by resolving the image into the invisible parts as "functions." The way he reviewed was to explain how effectively something could function by doing something.

Not only was it very easy to understand for me as an engineer, it was also helpful to be conscious of parts I had not been able to resolve- points of view I had not been aware of.

You can see the works by the participants in the gallery below. Please have a look.

And the below is "Kita-Harima" by Ryo Ohwada that he shot on the day.

Mr. Ohwada, thank you for joining us in your busy schedule!


And I thank you, the organizer and the participating members, very much for giving us rides, preparing lunch and hot beverages (and snacks!) in the chilly afternoon.

We enjoyed a little extraordinary experience of shooting and reviewing in nature. Thank you so much for inviting us to such a wonderful place! Our GRs, as usual! 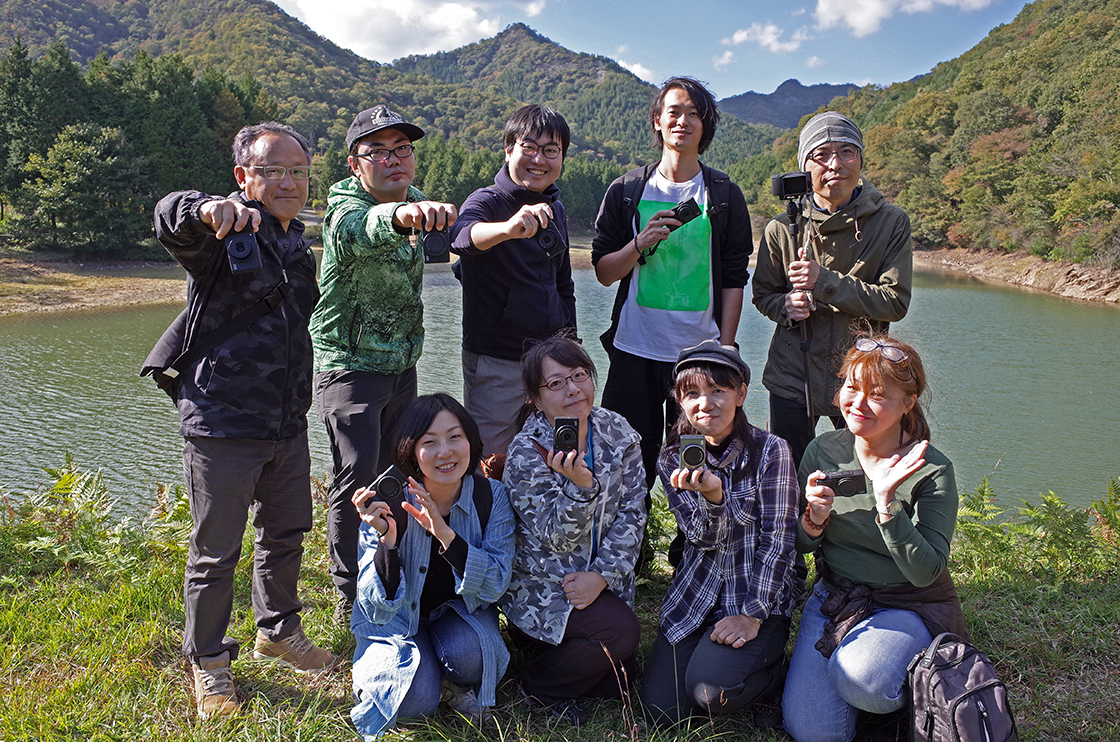 Finally, let me share with you the words from the GRist and the organizer.

It was particularly interesting and enjoyable to shoot in the area where the participants live- not a tourist spot or a city.
The reality of photographs in such a place could not be realized by being alone. Also, I was very pleased to join in a warm group of photographers with full of hospitality as if I were invited to a home party.
The level of photograph by the participants was high and I am looking forward to seeing their future works as well.

I applied because I was curious to see how other people would capture my usual scenery. I was very much inspired by the GRist's comments and friends works.
Everyone seems to have enjoyed the different environment. Thank you very much for coming all the way.

You can apply for "GR trip" anytime!
Tell us your favorite place you want to take photos with a GRist.
Thank you!

(When I asked him what would happen if there was application from overseas, Noguchi responded immediately with Kansai accent "We gotta go." 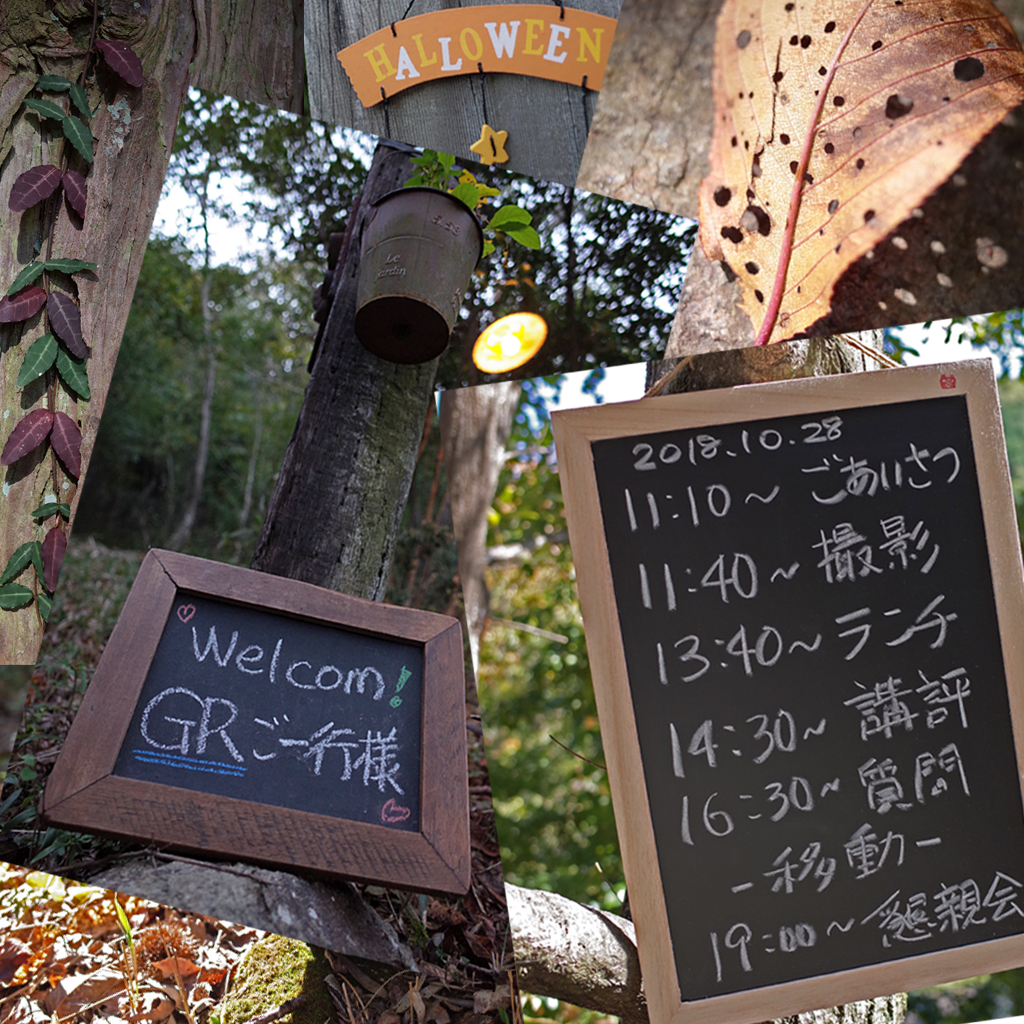 
P.S. I hear that when KA-TSU is with you, he may photograph star traces of the area!