Let us share with you Yoshihiko Ueda’s photos of Iran, which were not included in the special pages of the book GR III PERFECT GUIDE.

The photos can be viewed on GRist page .
You can also see them on TOP page of GR official.

Yoshihiko Ueda
There is a saying "From the Hip." It has a similar meaning to W. H. Auden’s words “Leap before you look.” From the Hip" is, in short, about a fast gun. In case of a camera, take a photo before holding it. To put it Auden’s way, "Shoot before you think" and don't let your thought catch up with it. While you are thinking so much, what you want to photograph will look different. The GR- in the extreme- is a camera that enables it because you can take a photo with just a stroke of your fingertip.


Profile
Photographer. Professor at Department of Graphic Design of Tama Art University. Ueda has won numerous domestic and international awards such as the Japan Photographic Society Award, Tokyo ADC Award, New York ADC Award etc. His outstanding works include "QUINAULT"- a series of photos of a Native American sacred forest, "AMAGATSU"- a portrait collection of the avant-garde dancer Ushio Amagatsu, "Materia"- a series on the theme of the source of life, "A Life with Camera"- a collection of 30 years of his work. His recent works include "FOREST Impression and Memory 1989-2017"- three primary forests of Quinault, Yakushima and Kasugataisha Shrine in Nara and "68TH STREET"- collective memory of light and shadow falling on a sheet of white paper. 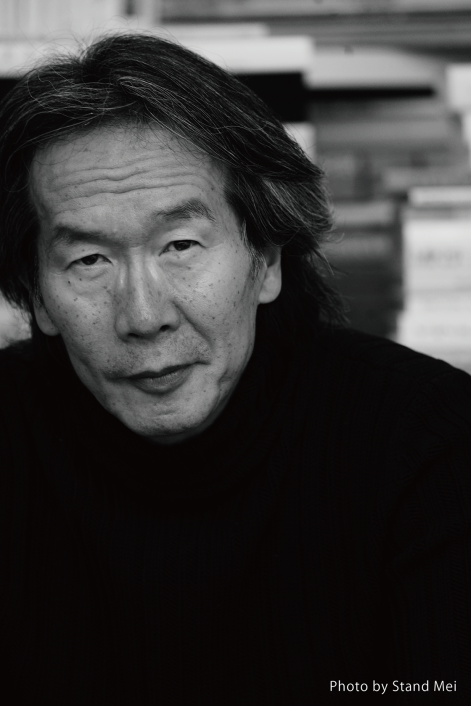